Steve-O has a bone to pick with Hollywood!

The former "Jackass" star posted a lengthy message via Facebook on Tuesday, calling out his fellow celebs for not doing the ALS #IceBucketChallenge correctly.

The stunt man revealed that while he thinks the challenge -- that has now gone viral -- is a great way to spread awareness and garner donations for the cause, more money could have been raised if celebs let fans know where to donate.

VIDEOS: See Which Celebrities Have Promoted ALS Awareness With the Ice Bucket Challenge

See what else Steve-O said below:

TO ALL THE PEOPLE WHO GOT MAD AT ME FOR THIS VIDEO: Since the ice bucket challenge began, over 15 million dollars has been raised for ALS research. I think that's great, but when you consider the countless A-list celebrities who have actively gotten behind this cause by posting videos-- the fact that not more than fifteen million dollars has been raised is a tragedy.

It's tragic because I don't think many of those celebrities even bothered to mention how or where to donate money for ALS research. Most of them just poured water over their heads and named three random people, without including any "call to action" which actually benefits victims of ALS at all.

Had all those celebrities given this cause any thought, hundreds of millions of dollars might have been raised, and a whole lot more awareness. Let's start a new trend-- by actually letting people know how to donate-- visit this page: https://www.alsa.org/donate/ I'm nowhere near as rich or famous as many of the folks you've seen pour water on their heads, but I cared enough to get educated and donate one thousand dollars of my hard-earned money to https://www.alsa.org/donate/ With love, Steve-O

We've gotta hand it to the 40-year-old, he does have a pretty solid point! What do you think about the MTV star's message?

Sound off below and check out even more celebs who've done the #IceBucketChallenge in the gallery! 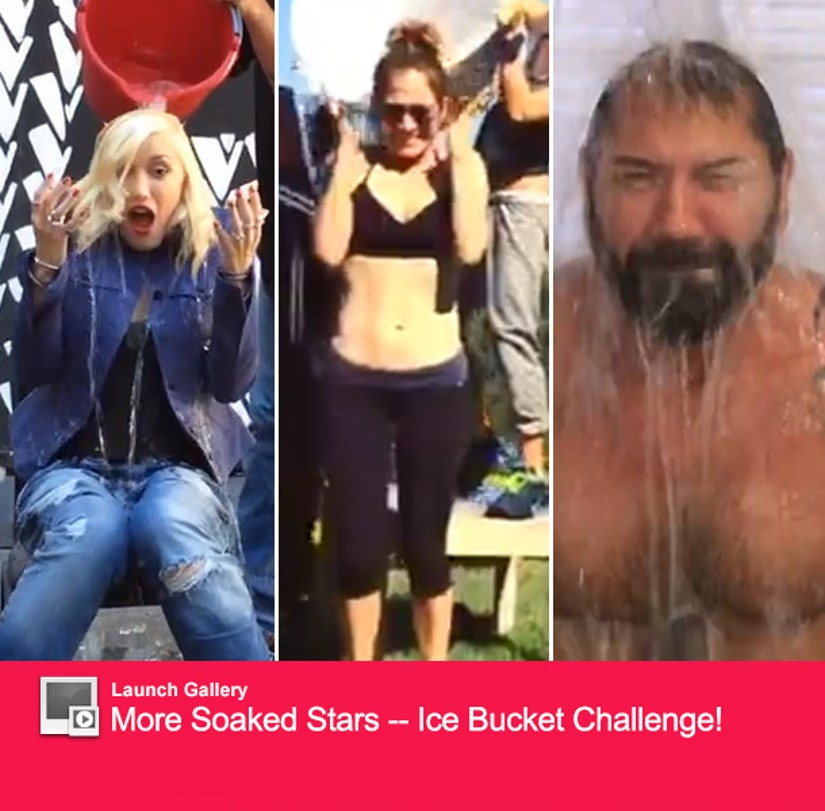