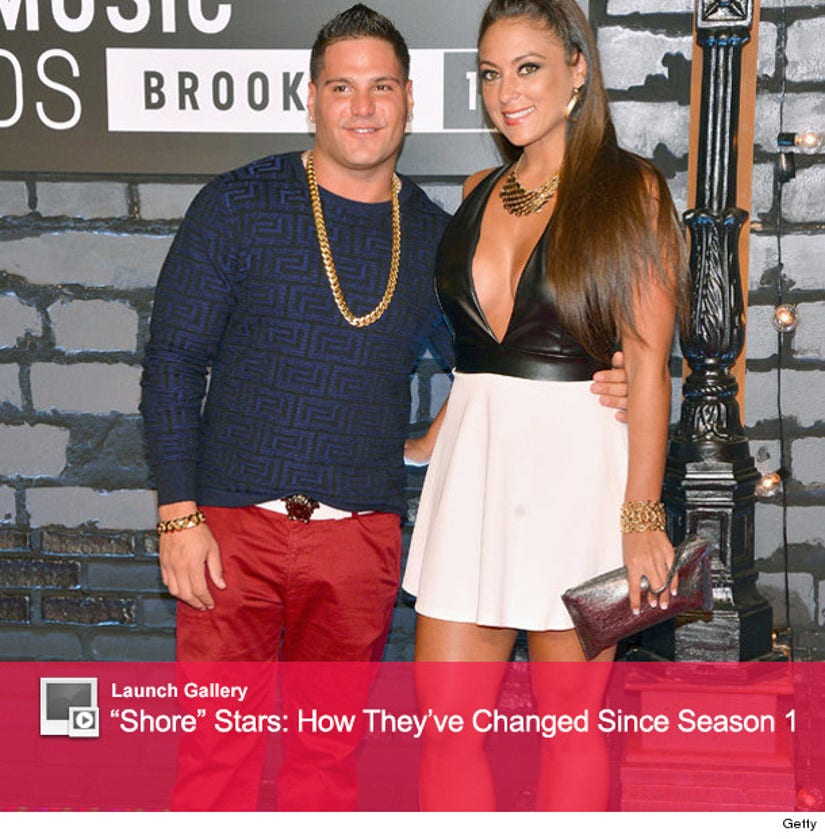 Ronnie Magro and Sammi Giancola have called it quits.

The "Jersey Shore" couple split after five years together, according to PEOPLE.

"We were drifting apart and not really spending any time together," Magro told the mag at the premiere of former costar Jenni "JWoww" Farley's new movie, "Jersey Shore Massacre."

The reality star revealed that the pair finally parted ways two months ago, after breaking up and getting back together several times while on the MTV show.

"I still care about her," he said. "She's a great girl, but we were growing distant. It was for the best."

Meanwhile, Sammi has stayed mum on the subject.

Are you surprised by the news? Tell toofab in the comment section below, and click "Launch Gallery" above to see more shocking celebrity splits.