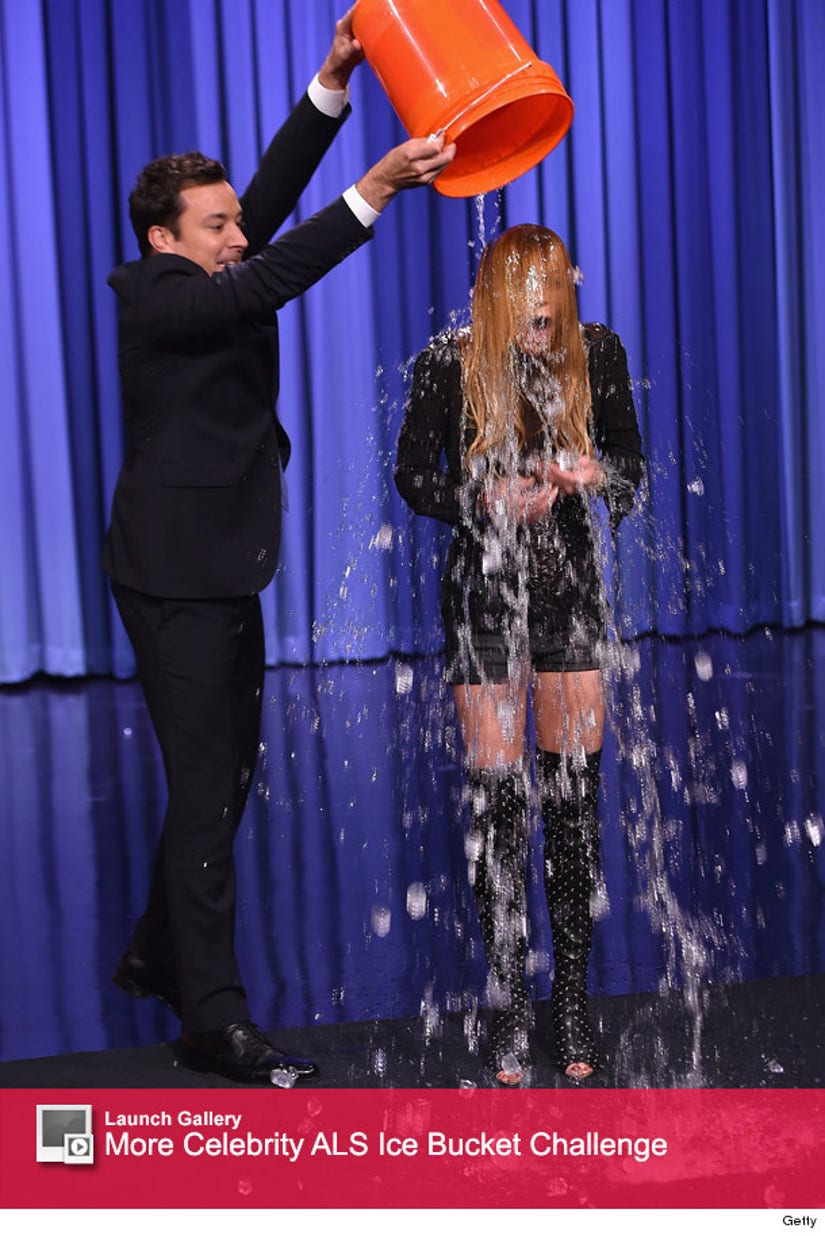 The "Mean Girls" star made a surprise appearance on "The Tonight Show" on Wednesday, where she enlisted Jimmy Fallon to help her complete the ALS Ice Bucket Challenge.

The actress is the latest star to join the viral movement to raise money and awareness for ALS. So far, the challenge has raised over $41 million, visit the official site to learn how you can help!

Check out the clip below to see who she nominated to take the challenge!

Fallon recently completed the challenge with The Roots, Rob Riggle and Horatio Sanz, after he was nominated by Justin Timberlake ﻿to get doused in the name of charity.

Click here to see ALL the celebs who have completed the challenge so far!