Chris Martin has a hard time hiding his emotions!

The Coldplay frontman was grilled about rumors he's dating Jennifer Lawrence on Friday in New York ... and he had quite the reaction when asked about their budding romance. Martin was also asked about reports his band might play the Super Bowl this year.

Check out the video above to see what he says. 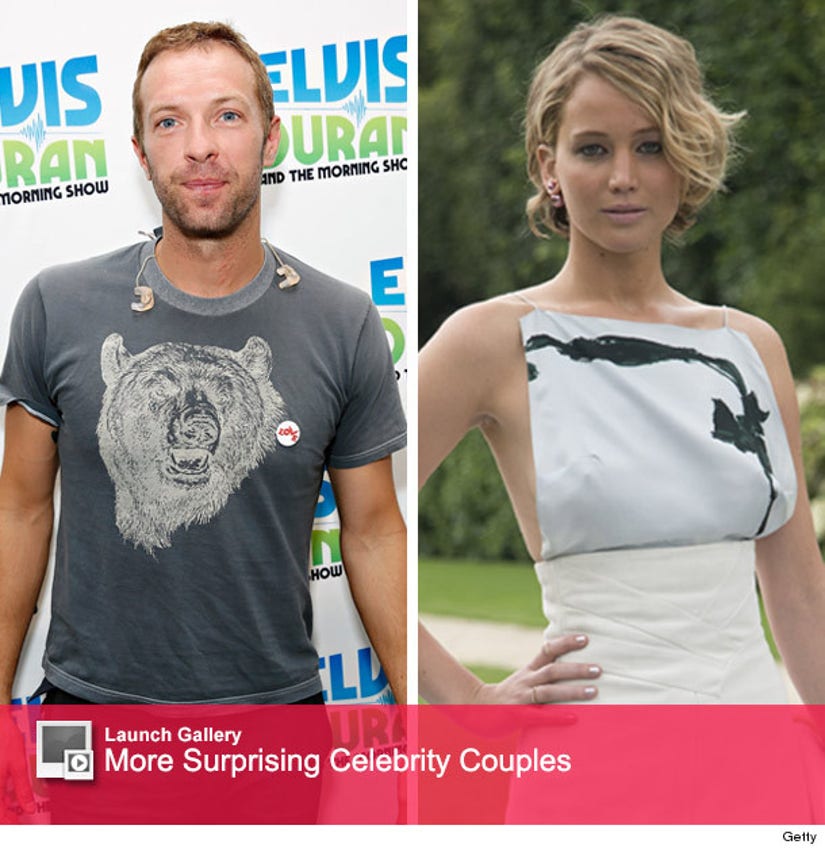 "Her take is, 'Hey, he could do worse,'" an insider close to the Goop founder tells the site. "She just wants him to be happy."

While Gwyn and Chris have yet to finalize their divorce, it does seem like they've been able to stay amicable throughout the entire "conscious uncoupling" process. She even nominated him for the Ice Bucket Challenge.

Both stars want to keep their relationship friendly for their kids, Moses, 8 and Apple, 10. It also sounds like Paltrow has found herself a nice rebound, too -- she's been linked to "Glee" co-creator Brad Falchuk since the separation.

Do you think Jennifer and Chris would make a cute couple? Sound off below and click "Launch Gallery" above to see even more surprising celebrity couples!