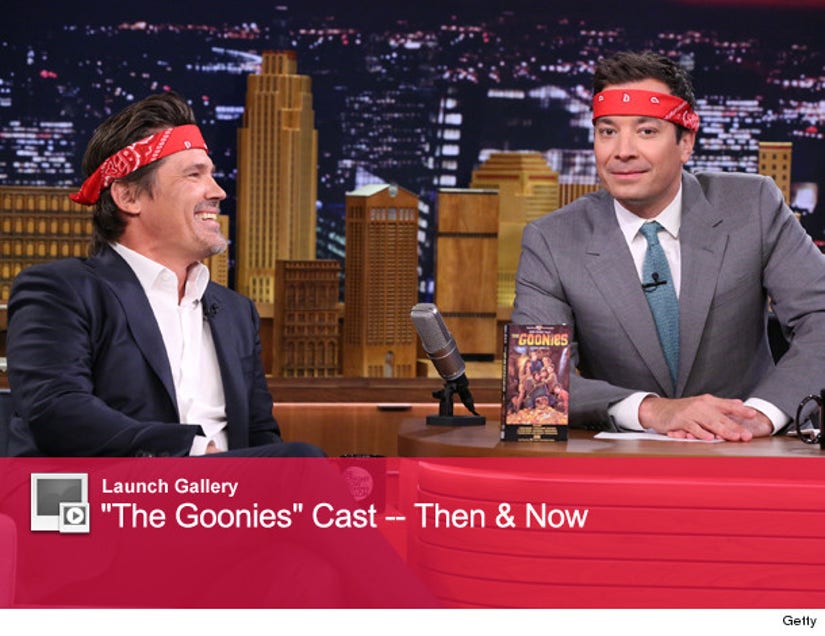 It's been 30 years since "The Goonies" hit the big screen, but Josh Brolin is ready for a sequel!

The "Sin City: A Dame to Kill For" star stopped by "The Tonight Show" on Thursday night, where he talked about a possible second installment of the cult classic.

Brolin got his start in the 1985 kids adventure film.

"You do a movie like that, you don't know how it's going to turn out, and then it turns out into a cult film," he told Jimmy Fallon. "And then you're sick of hearing it after twenty years, because you haven't done a film that's any good that actually matches the Goonies."

When the late night host pointed out that Richard Donner said [Steven] Spielberg had an idea for the sequel, Brolin responded, "I would do it in a second. Of course, I would do it."

"The Goldbergs" Cast Opens Up About Their "Controversial" "Goonies" Episode

But, the veteran actor admitted that he doesn't think it's going to happen. "They've said it so many times. I'll be this character," he said, mimicking a guy in a walker.

Check out the clip below to hear more about a possible sequel, and click "Launch Gallery" above to see the rest of "The Goonies" cast, then and now!