After getting naked with stars like Conan O'Brien and Sandra Bullock, Chelsea Handler took her last shower on "Chelsea Lately" on Tuesday night for the final episode ... and it may be the funniest video yet!

The series finale of the comedian's E! talk show aired tonight, with a surprise appearance from Ellen DeGeneres herself.

But while Handler once again put her entire body on display for the bit, the daytime host stayed in one of her trademark suits while grilling Chelsea about why she's never been invited on her show. 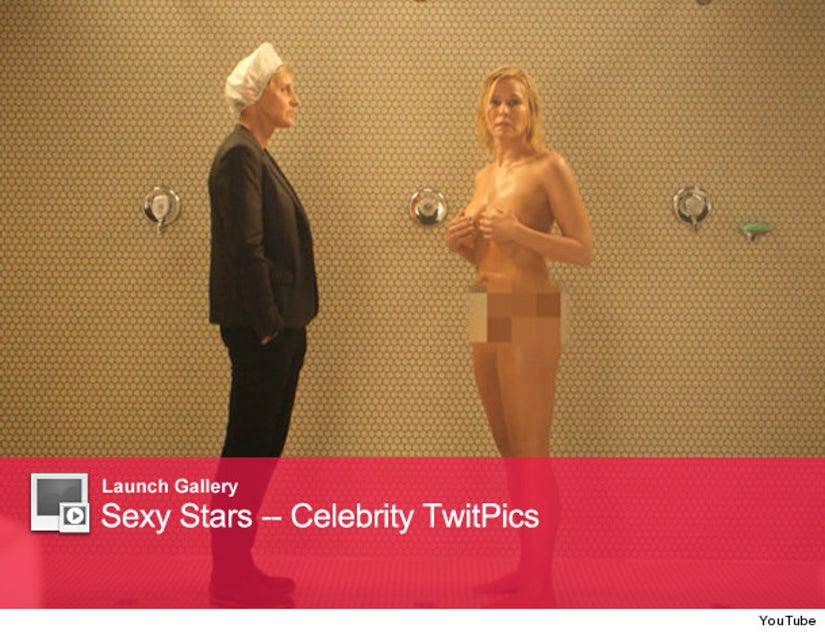 "Is it because I'm a lesbian?" she asked, before Handler said she's a lesbian too. Just watch the video above already ... it's hilarious.

Ellen was hardly the only celebrity who stopped by to say goodbye to Handler though.

"My security guard caught you douching with Listerine. There's a reason that your stage is so far from the audience," Aniston said while addressing Chelsea's hygiene.

"We love you Chelsea, but you gotta get our head out of your ass, your vagina, I don't know where you have it set," added Bullock. "You're not funny. You're not cool. I think you're probably one of the most unhip people I've ever met."

The show ended with a giant "We Are the World"-esque song with some reallllllly random faces.

Hopefully E! will post those videos online in the morning. Handler is taking her talk show to Netflix, where it will debut in 2016.