The set of "Game of Thrones" is a bit like Gretchen Weiners' hair -- both are full of secrets.

But while some shows go to great lengths to keep spoilers from the audience, the people behind the hugely successful HBO show go above and beyond to keep even the cast in the dark!

"They've kept it very much between themselves," Leslie says of Martin and executive producers David Benioff and D.B. Weiss keeping the ending from the cast. "We've tried to get them drunk, we try to make sure they talk!"

Martin says the two producers are the only ones who know the "broad strokes" of how his final two books (and thus, the show) will end.

So far, the series has done a great job surprising fans who haven't read the books -- and that's thanks, in part, to the social networking blackout on set.

"As an actor, we had to be really careful when we were shooting," says Sibel. "No photos from the set, no Facebook or Instagram or whatever. Nothing. And always be careful what you're gonna say!"

Now ... if you're not totally caught up on the show, STOP READING. Spoilers ahead! 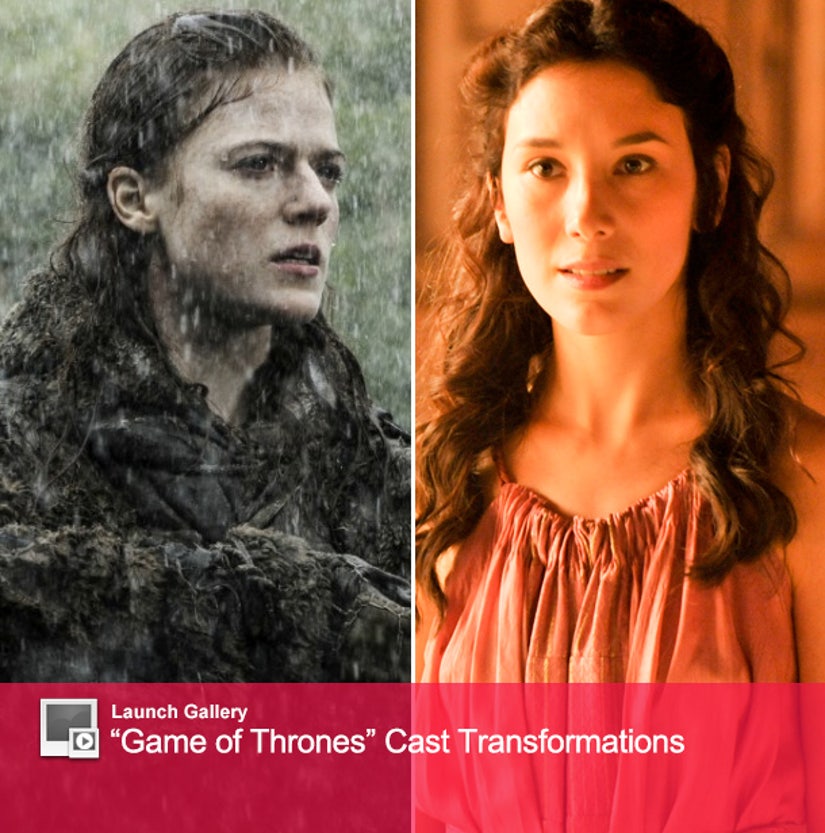 We also asked Leslie and Kekilli which death they were most surprised by ... and no, neither of them picked their own.

"Tywin Lannister got me," says Leslie, referring to the Lannister matriarch's bathroom demise.

"I guess Jack [Gleeson], Joffrey," says Sibel. "It was really fast, in the second episode last season. Jack was one of the nicest guys and that just shows that he did a good job. It's not easy to get that much hate and people hated him. He's one of the nicest and most intelligent people I have ever met."

Check out the video above to see Anna try and get some additional details out of Martin by tempting him with tequila -- and find out what one creepy fan once sent him in the mail.