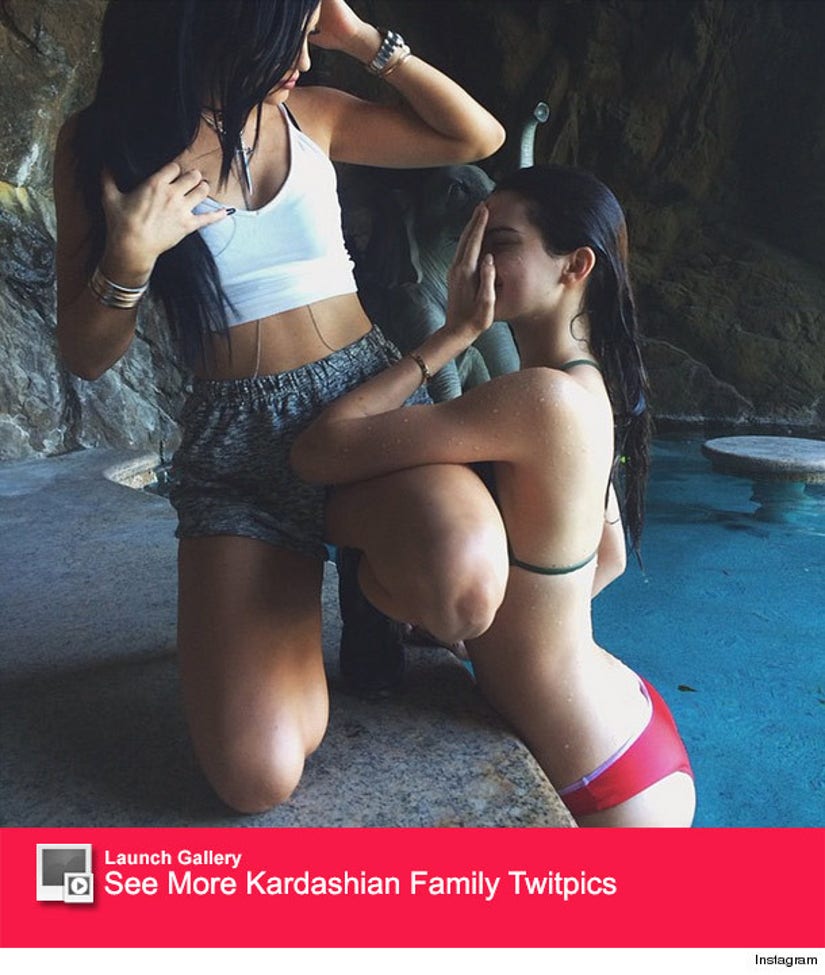 Kylie Jenner took to the social media site on Tuesday to share a sexy snapshot with her bikini-clad sister as they playfully posed by the pool.

In the pic, the 16-year-old reality star is flaunting her toned tummy in a crop top and shorts while Kendall reveals her killer curves in a tiny two-piece.

"Get off me bae," Kylie captioned the cute candid, which also shows off her long hair extensions. 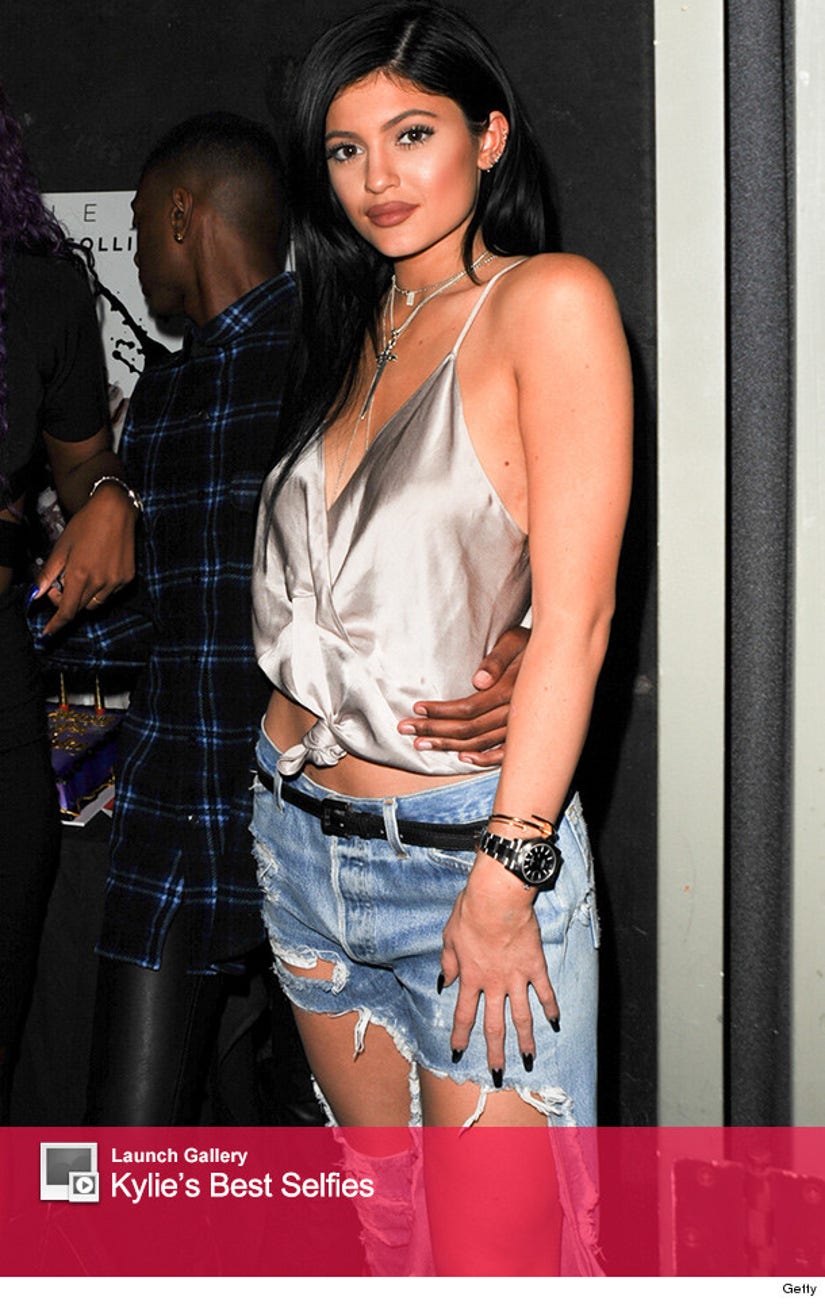 Kylie took her new 'do for a spin on Monday night, showing off her longer locks at a birthday celebration for Justine Skye at Katana in West Hollywood. With that hair and the extreme lipliner, she looks a lot like older sister Kim Kardashian ... and nothing like her former self.

The famous siblings also recently showed off their modeling kills in the September issue of DuJour, ﻿where they posed in a series of pics with some handsome shirtless hunks. 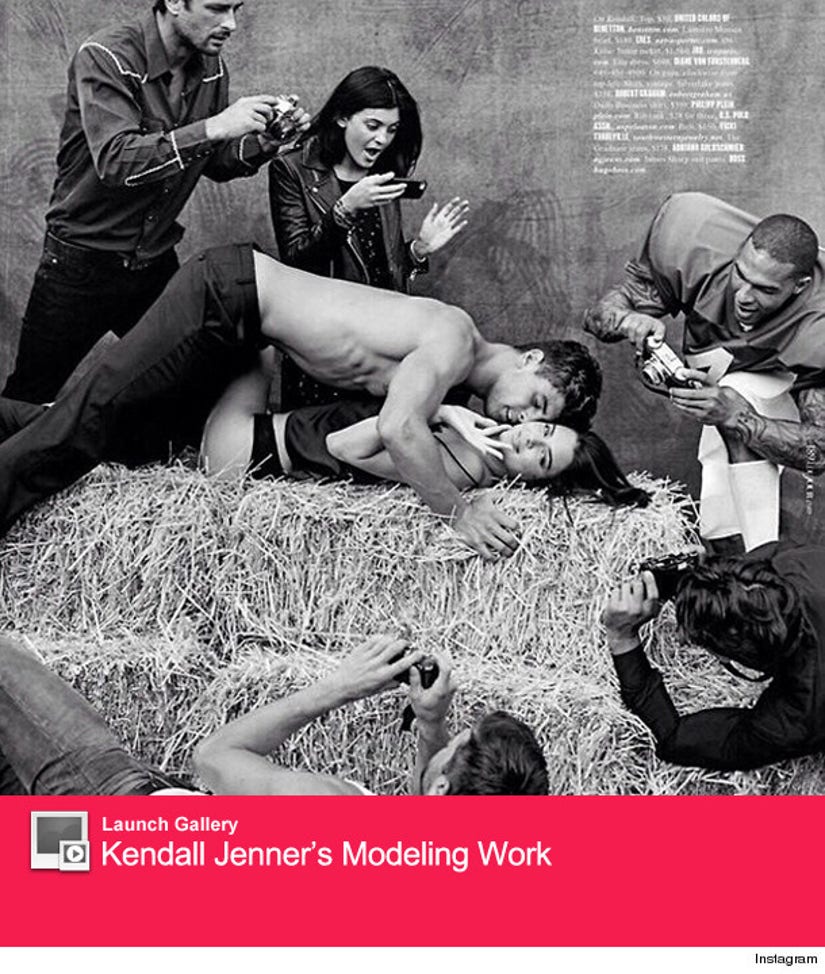 Kendall posted a photos from the shoot, where she's laying under a male model as her sister snaps a pic of the pair.

"oh hi there #BruceWeber," she wrote along with the sexy snap.

This is the latest in a string of jobs for 18-year-old Kendall, whose star is rising in the modeling world.

She looked stunning in a recently released Givenchy photograph for their fall 2014 campaign. Previously, she walked the runway for Marc Jacobs at New York fashion week and Givenchy at Paris Fashion week.