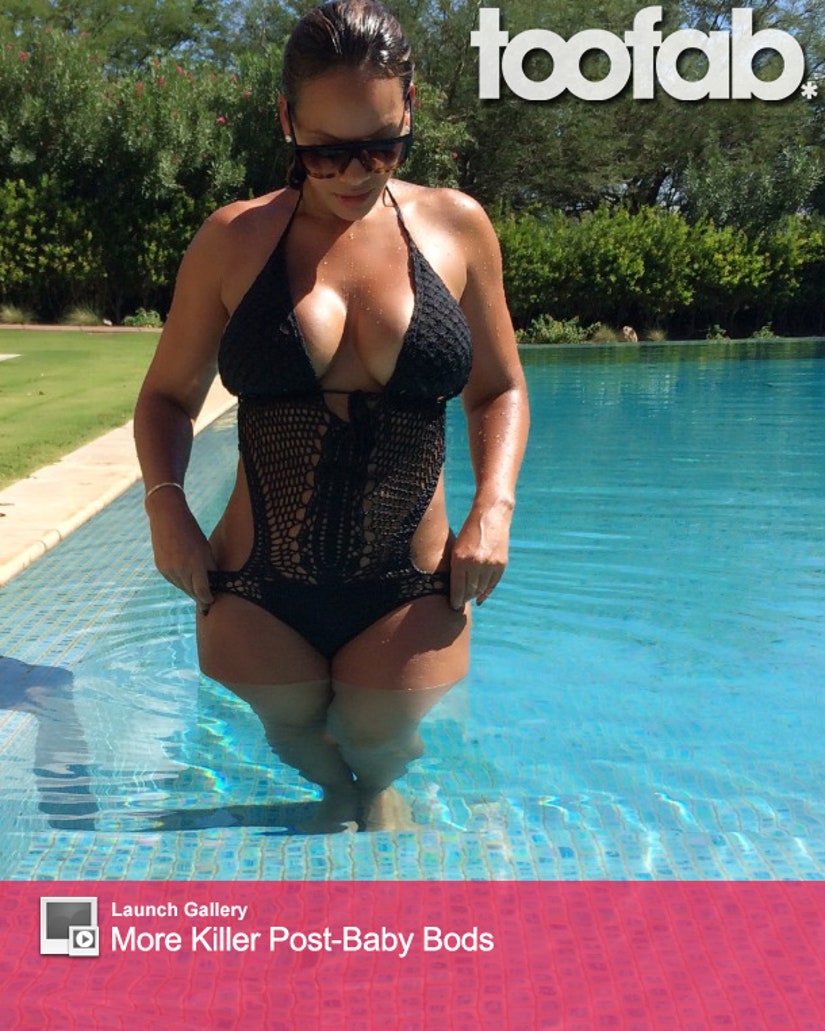 "Basketball Wives" star Evelyn Lozada had a baby just five months ago -- and she already looks like this!

In a set of exclusive toofab photos, the hot mama puts her post-pregnancy bod on display in the pool while sporting a sexy, black knit monokini. We're told she's already dropped close to 50 pounds since welcoming her first son with fiance Carl Crawford back on March 22 and her summer physique definitely shows it. 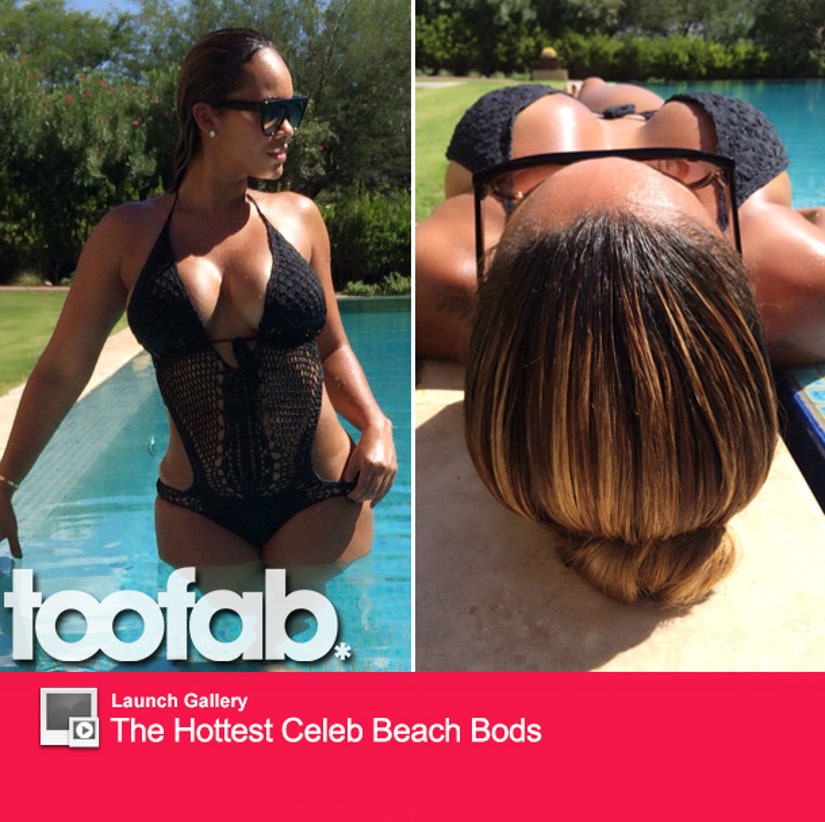 Evelyn has been taking (and is a spokesperson for) the weight loss supplement youthH2O, which she's been pairing with healthy meals and a strict workout routine.

Chad Johnson must be kicking himself right about now.

Lozada's ex-husband expressed regret in July over his domestic violence arrest, tweeting "3 seconds of anger cost me a lifetimes worth of work. I LOVE everything in sight for a reason, those few seconds I stopped doing so."

But Lozada is clearly in a better place, telling TMZ Sports in June that her new fiance and the ring he gave her was "definitely an upgrade from last." 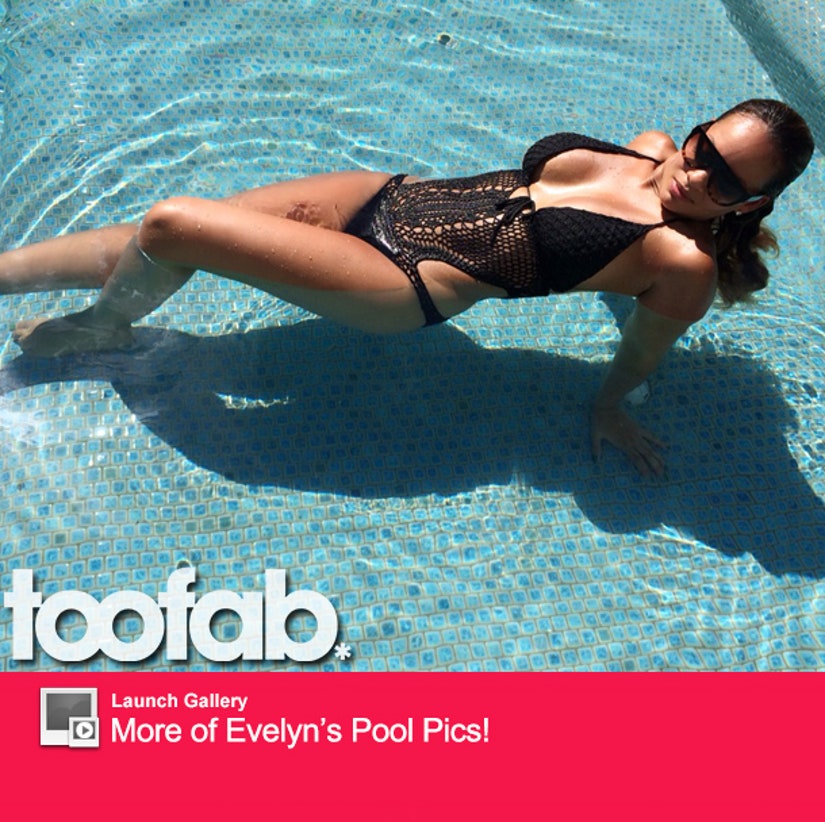