Zack Morris, A.C. Slater, Jessie Spano and Mr. Belding better listen up -- because the stars of Lifetime's new film about "Saved by the Bell" say they've got nothing but love for the classic TV show.

Premiering on Labor Day, "The Unauthorized Saved by the Bell Story" dives into all the behind-the-scenes drama for the beloved sitcom, but original series stars Mark-Paul Gosselaar, Mario Lopez, Elizabeth Berkley and Dennis Haskins have all expressed concerns about how they'll be portrayed in the flick.

But they've all assumed the film is based on Dustin Diamond's book "Behind the Bell" though, which Lifetime tells us is not the case. They also say Screech is not an executive producer on the flick, despite reports suggesting otherwise -- and add that the show's original casting director, Robin Lippin, worked with them for the script.

The new film's Zack and Jessie, played by Dylan Everett and Tiera Skovbye, talked to toofab's Brian Particelli before the TV movie premiere -- where they addressed the initial backlash.

"I don't want them to think we're trying to recreate the show," adds Tiera. "It's about everything behind the scenes and clips being portrayed."

And yes, one of those clips might just include Jessie's infamous caffeine pill freakout!

"I know all the hand movements, every gesture, step by step of that scene now," says Tiera. "She had the lip quiver down and everything," adds Dylan.

Check out the video above to see what they said about transforming into their characters -- which, for Dylan, included dying his hair blonde -- and what else they did to prepare for their roles.

"The Unauthorized Saved By the Bell Story" airs Monday, September 1 on Lifetime. 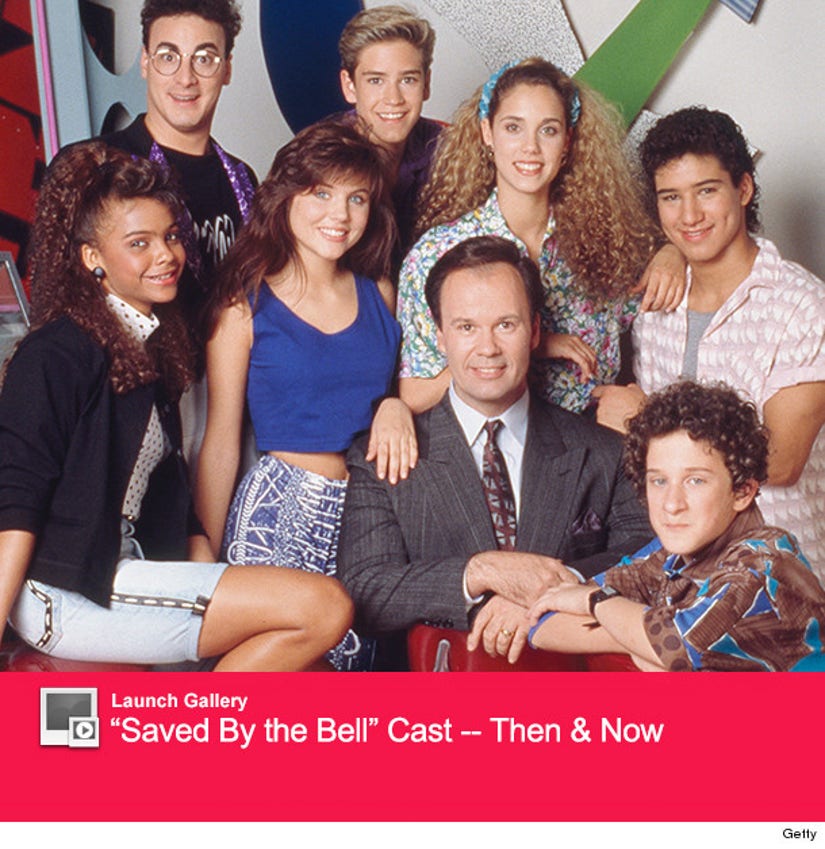