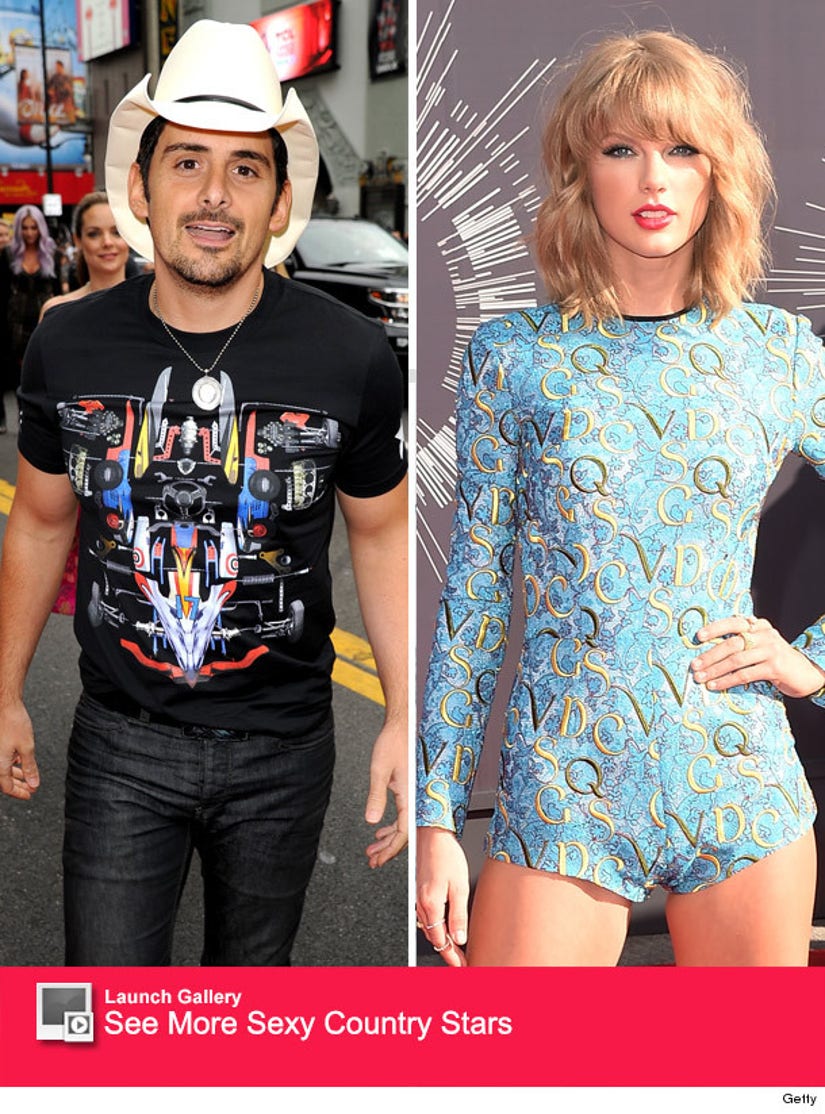 Brad Paisley's weighing in on Taylor Swift's move to pop!

The country singer chatted with E! News at the iHeartRadio release party for his new album, "Moonshine in the Trunk."

When asked about Swift's new single "Shake It Off," and her transition to pop music, the "River Bank" singer says she's "admirable."

"[Taylor] has this vision for who she wants to be going forward," he told the site.

"People are going to have to get used to it cause its not the Taylor Swift obviously that you knew," he continued.

"Because this is somebody—like, she was talking about how she cut her hair, and she is spending time in different cities more and becoming more of a product—and she is a world famous superstar now. She is just not Nashville's, [and] we just have to kind of get used to that."

And while the blonde beauty's country fans may have a hard time dealing with her new sound, Brad knows she's gonna have great success in the genre.

"People are going to love it," he says. "It's going to sell, and it already is [selling]. She has done a great job."

The "I'm Still A Guy" singer also says that he admires the fact that Swift calls out her haters in her "Shake It Off" single.

"All of us have the urge to do that, and I respect her for doing that," he said. "I have that urge to do that as well, because it gets old just taking it when you're in the public eye."

"It gets old to sort of take it, and it's very noble to not say anything, but it's hard," Brad added. "It becomes a lot of fun to really steam now and again and challenge somebody who hates you. Because in the end, it's all very sort of unreal and not always accurate."

Well, we gotta agree with the "Whiskey Lullaby" singer -- what do you think about Paisley's candid comments? Sound off below and click "Launch Gallery" above to see even more sexy singers!