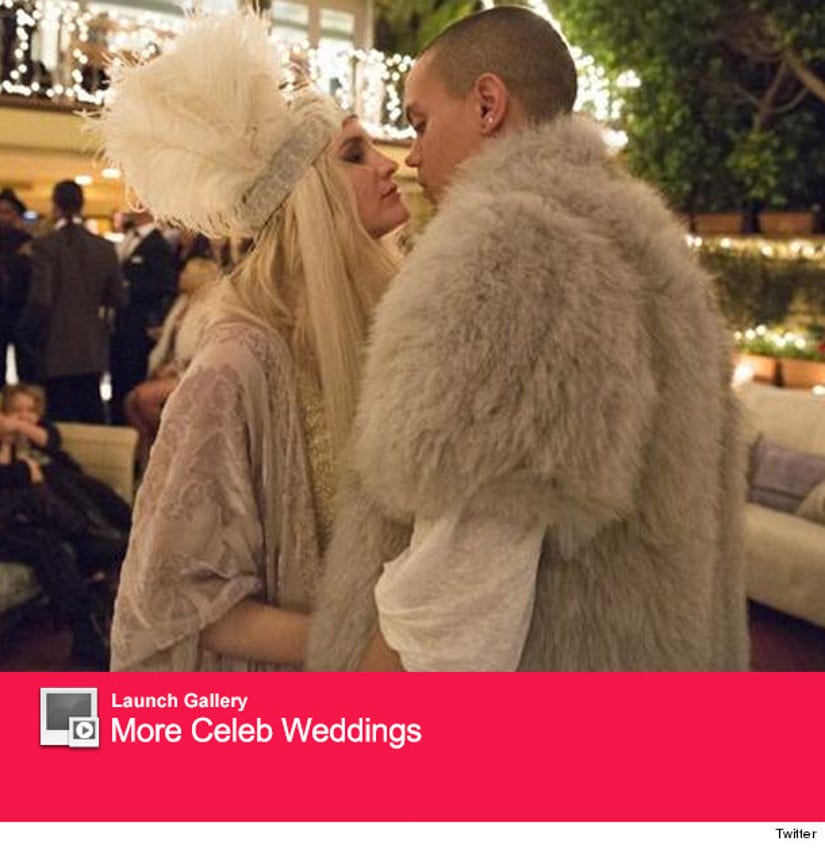 Just about two months after Jessica Simpson tied the knot to Eric Johnson in July, her sister Ashlee Simpson followed suit. The 29-year-old singer and actor Evan Ross said "I do" on Sunday at his mother Diana Ross' home in Greenwich, Connecticut.

Jessica Simpson was the maid of honor while Ashlee's son Bronx walked her down the aisle, according to E!

This is the second marriage for Ashlee -- who was married to and has a son with Pete Wentz -- and the first for Ross.

The two have been dating for a little over a year and got engaged in January. They celebrated their engagement with a big bash in March, as seen in the photo above.

"We just want to be married. We're in love," Ross told E! earlier this year. "This is the most incredible time I could ever think of in my life and I'm young, but the same time, I've lived a different life than most and I can't think of a happier moment."

Looks like the weekend festivities kicked off with a yacht party on Friday and continued with ....