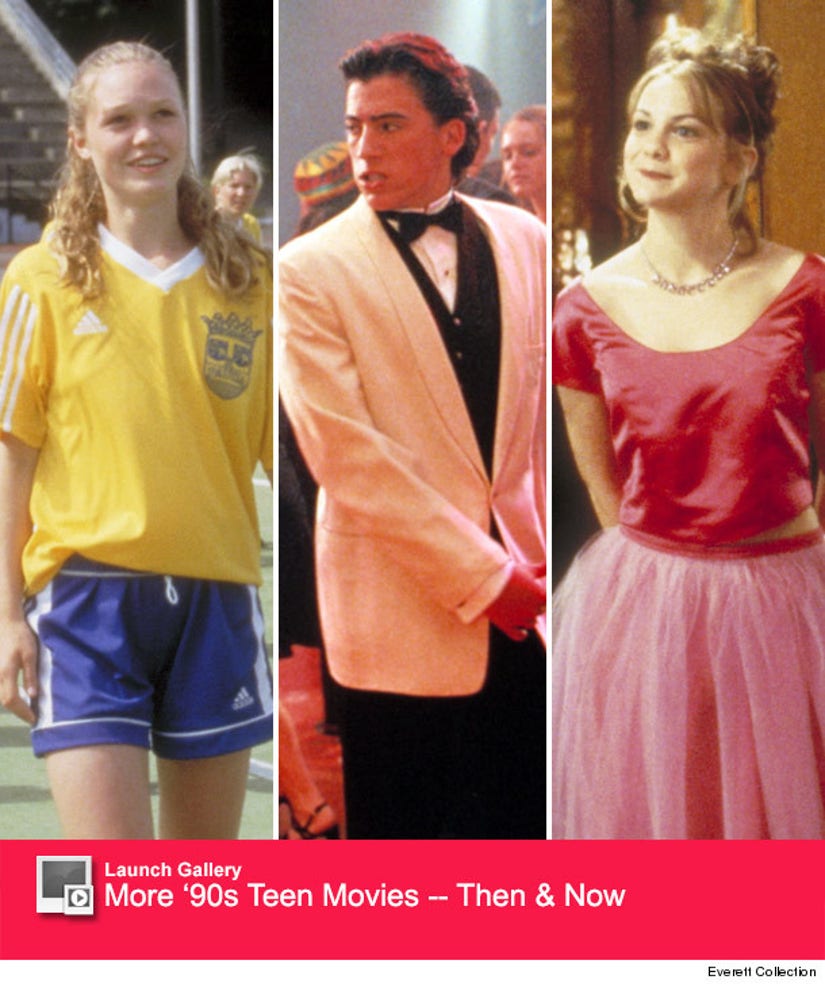 Teen movies took over in the '90s, thanks to films like "Scream" and "American Pie" striking big -- and, these days, the stars of those movies look a 'lil bit different.

Films like "Cruel Intentions," "She's All That," "Can't Hardly Wait" and "Varsity Blues" were filled with tons of eye candy for both men and women to enjoy, bringing us sexy stars like Jennifer Love Hewitt, Freddie Prinze Jr., Ethan Embry, Sarah Michelle Gellar and more.

Here at toofab, "10 Things I Hate About You" might just be our favorite flick from that era -- and it's pretty hard to believe it's been over 10 years since the comedy hit theaters.

Julia Stiles starred as the rebellious Kat Stratford in the twist on "The Taming of the Shrew," pretty boy Andrew Keegan took on the role of the playboy Joey Donner and Larisa Oleynik (Alex Mac herself!) played Kat's popular sis Bianca Stratford.

Today, Stiles has moved to the small screen and most recently appeared on the TV series "Blue," Keegan started his own church (random!) and Oleynik has made cameos on shows like "Pretty Little Liars" and "Mad Men."

Joseph Gordon-Levitt and Gabrielle Union stayed in the public eye best of all. The former appeared in "The Dark Knight Rises" and wrote, directed and starred in "Don Jon," while union just tied the knot with basketball star Dwyane Wade.

And then there's Heath Ledger, who tragically passed while filming "The Dark Knight" in 2008.

Check out the gallery above and take a trip back to the '90s with us -- and see what all the stars listed above, plus a helluva lot more, all look like now!