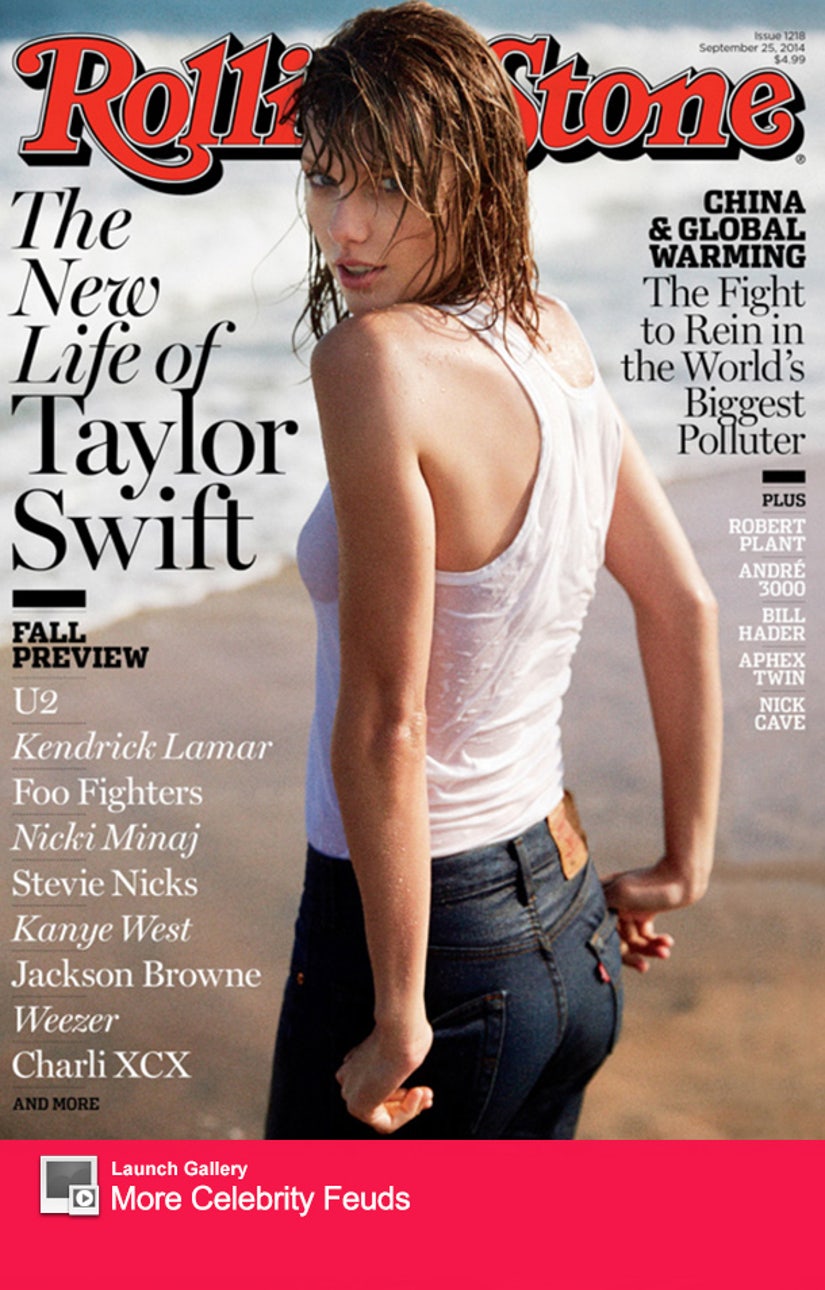 The blonde beauty covers the latest issue of Rolling Stone magazine, where she opens up about her single life, hooking up and reveals her inspiration behind her new pop album "1989."

The 24-year-old -- who hasn't dated in over a year -- says she's content with her single life. "I really like my life right now," she says.

"I have friends around me all the time. I've started painting more. I've been working out a lot. I've started to really take pride in being strong. I love the album I made. I love that I moved to New York. So in terms of being happy, I've never been closer to that."

The "Shake it Off" singer also tells the mag that she hasn't gone on a single date since splitting with One Direction's Harry Styles.

"Like, have not gone on a date," she admits. "People are going to feel sorry for me when you write that. But it's true."

"Seventy percent of the time, when a guy asks me out, it'll just be a random e-mail," she reveals, adding that it tends to be some actor who got her email address from their publicist.

The "Red" singer has dealt with a ton of flak for her high-profile relationships, though -- and she's sick of being the butt of everyone's joke.

"I feel like watching my dating life has become a bit of a national pastime," Swift tells the mag. "And I'm just not comfortable providing that kind of entertainment anymore."

"I don't like seeing slide shows of guys I've apparently dated. I don't like giving comedians the opportunity to make jokes about me at awards shows. I don't like it when headlines read 'Careful, Bro, She'll Write a Song About You,' because it trivializes my work. And most of all, I don't like how all these factors add up to build the pressure so high in a new relationship that it gets snuffed out before it even has a chance to start."

The "We Are Never Ever Getting Back Together" singer also alludes that many of her songs on "1989" -- which are about a guy -- are about Styles. Taylor even has a song called "Style."

Taylor also says that she's not into random hookups, either. "I just think it's pointless if you're not in love," Taylor reveals. "And I don't have the energy to be in love right now. So, no."

The "Begin Again" songstress also reveals her inspiration for her new pop album "1989" -- and one song in particular she wrote about a feud she has with a female artist.

"For years, I was never sure if we were friends or not," she says. "She would come up to me at awards shows and say something and walk away, and I would think, 'Are we friends, or did she just give me the harshest insult of my life?'"

Last year, Taylor says the female singer really crossed the line. "She did something so horrible. I was like, 'Oh, we're just straight-up enemies.' And it wasn't even about a guy! It had to do with business. She basically tried to sabotage an entire arena tour. She tried to hire a bunch of people out from under me. And I'm surprisingly non-confrontational – you would not believe how much I hate conflict. So now I have to avoid her. It's awkward, and I don't like it."

While Taylor wouldn't name the songstress, could it be Carrie Underwood? There were reports that the country singer did not want to sit next to Taylor at the Grammys last year. Fans on Twitter also think the song, titled "Bad Blood," could be about Katy Perry.

It definitely seems like Taylor's growing into a strong woman -- what do you think about Swift's candid comments? Tell toofab below and click "Launch Gallery" above to see some of her most glam looks!