This kid will make your day ... seriously.

Noah Ritter -- also known as "Apparently Kid" -- became an internet sensation with his adorable review of a ride at the local county fair.

The funny five-year-old took the mic during a segment for a Pennsylvania news channel and -- after stressing that he'd never been on live TV before -- said, "Apparently sometimes I don't watch the news because I'm a kid, and apparently Grandpa just gives me the remote and I have to watch the Powerball." He added, "It's great, because apparently you're spinning around, and apparently every time you get dizzy."

Now, Noah is making his talk show debut on an upcoming appearance on "The Ellen DeGeneres Show" Thursday, where he reveals his new favorite word.

"This is my first time on a talk show," he says before revealing to Ellen that he "got over" the word, "apparently."

In fact, his new favorite word is "seriously." Check out the video to hear his explanation! 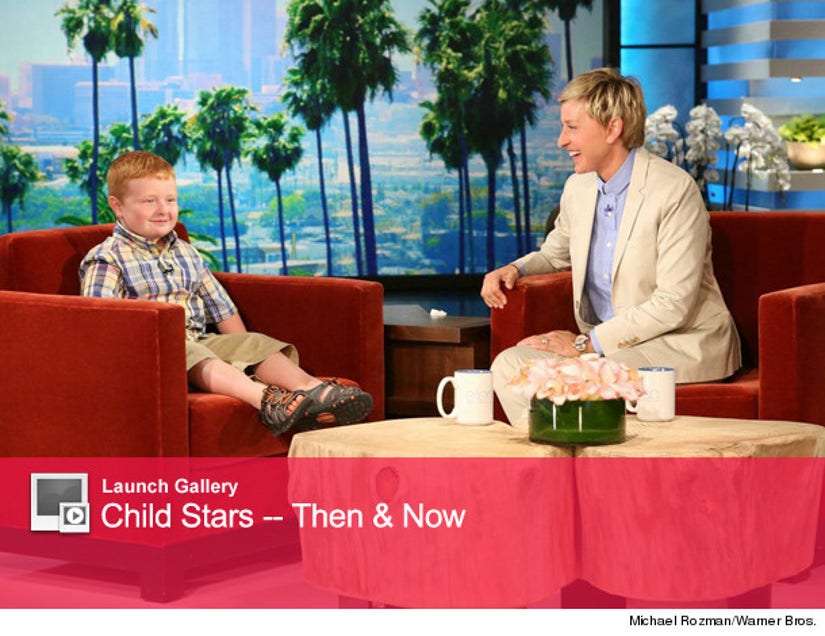 Noah is a huge fan of dinosaurs, so Ellen gives him a VIP experience to see Walking with Dinosaurs the Arena Spectacular. He's even more excited when a large dinosaur joins him on stage, but he's not fooled -- he's pretty sure the dinosaur is just a guy in a costume.

He is definitely going to be a star!

Click "Launch Gallery" above to see more child stars, then and now.