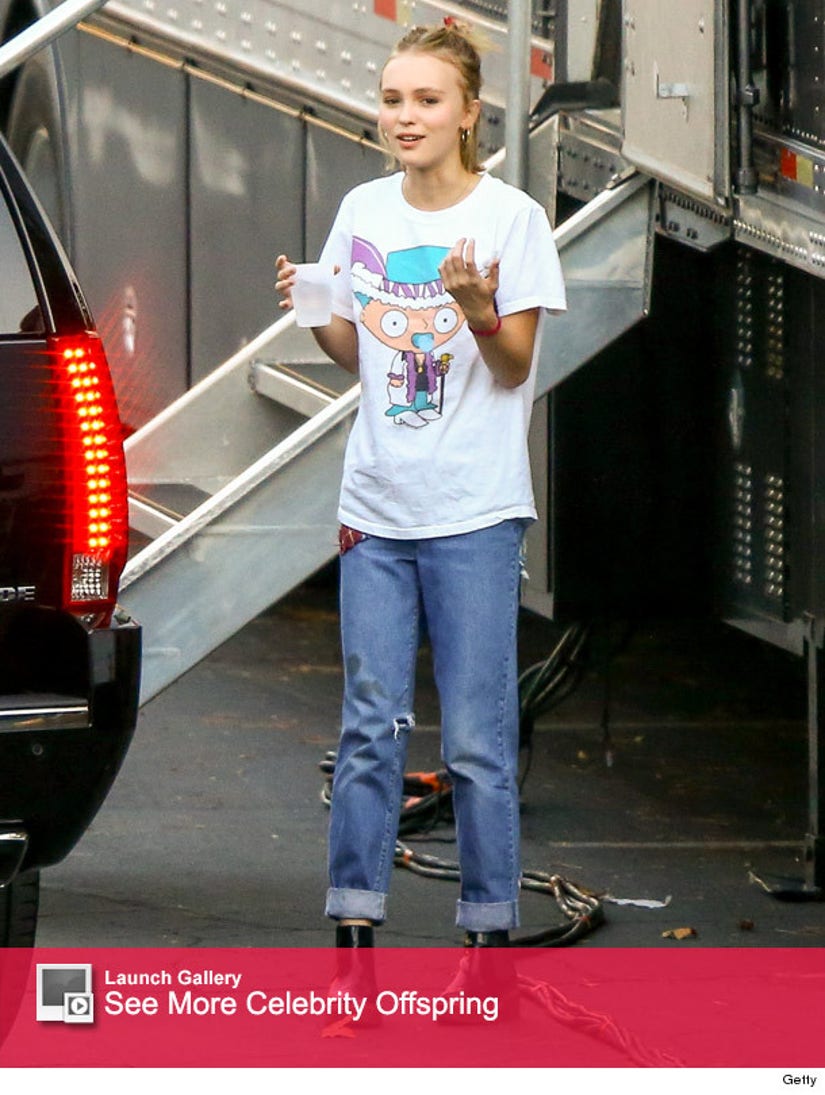 Johnny Depp's daughter is following in his famous footsteps.

15-year-old Lily-Rose Depp will costar with her papa in Kevin Simth's upcoming movie, "Yoga Hosers," and yesterday we caught a glimpse of the actor's offspring on set. Lily is the 51-year-old's oldest child with ex-partner Vanessa Paradis ... and is the perfect mix of them both!

Both Lily and the director's own daughter, Harley Quinn Smith, will reportedly appear in the film as a pair of convenience store clerks/yoga fanatics who team up with Depp's manhunter character to face off against an "ancient evil."

Depp and Smith have also been photographed in their clerk uniforms on set, as seen below in a pic from the director's Instagram page. 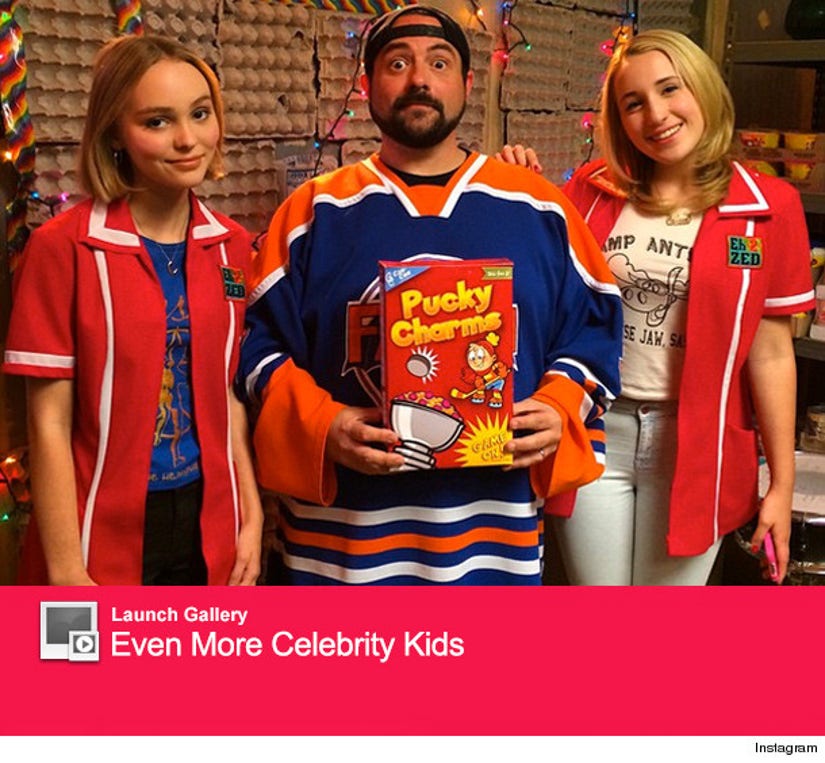 The film also stars Haley Joel Osment, who shocked everyone with his appearance on set earlier this week. He was totally unrecognizable!

Sporting a Hilter mustache, a slight paunch and slicked back hair, the 26-year-old looked very different from the "Sixth Sense" moppet we remember from 15 years ago. It seems like Haley will play a Nazi in the film.