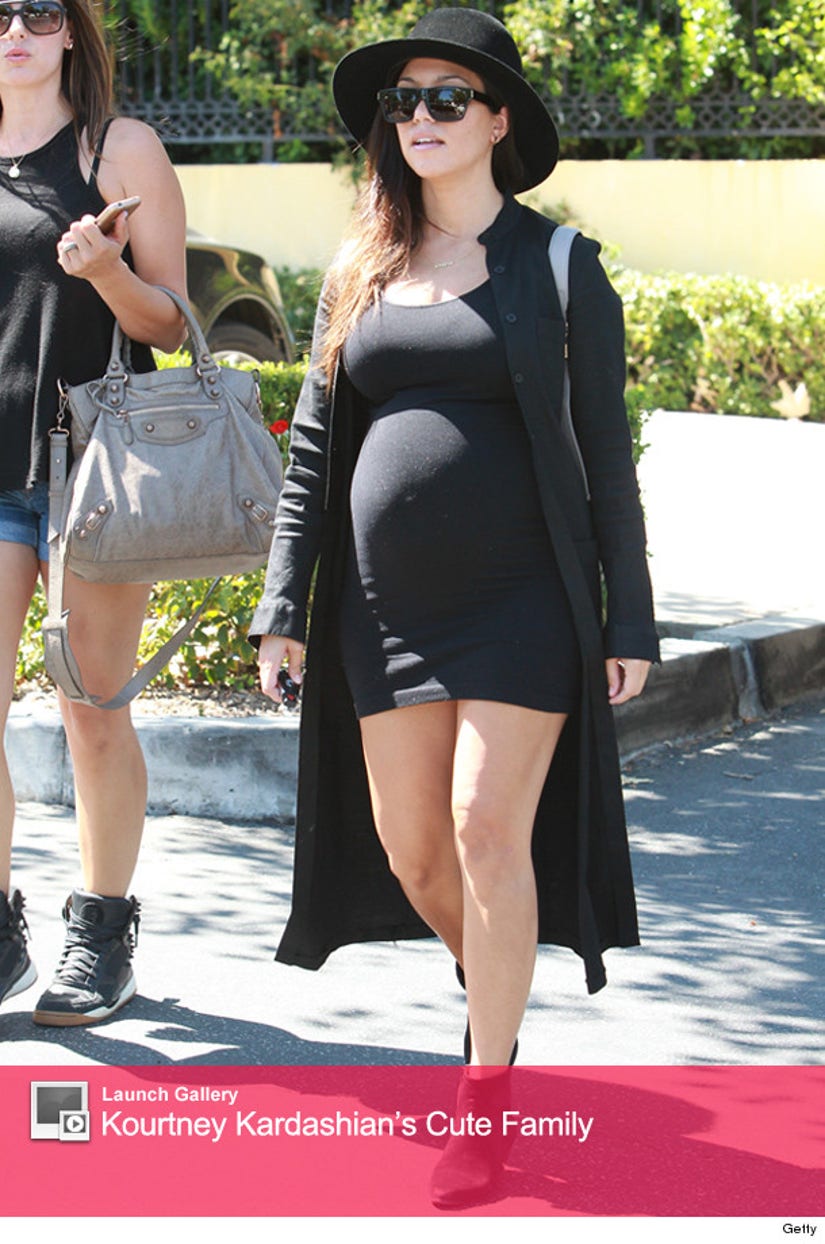 Kourtney Kardashian isn't letting her baby bump get in the way of her signature style!

The expecting reality star showed off her pregnancy curves while running errands in Los Angeles on Thursday.

Kourtney Kardashian Flaunts Baby Bump in a Bikini With Penelope

The 35-year-old mother of two looked casual and chic in short black dress, which she paired with a long black cardigan, black booties and a matching hat.

The eldest Kardashian sister took to Instagram on Thursday to share a snapshot from her cover shoot with Natural Health, where she revealed her healthy living secrets. 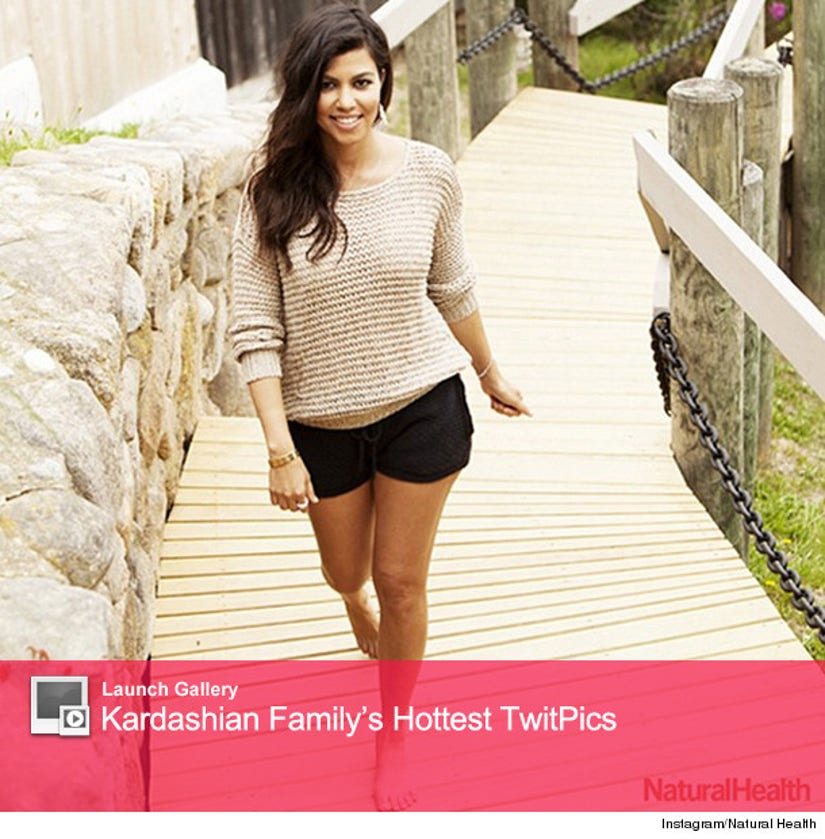 "I try to eat pretty healthy, but I think it's fun and important to listen to your cravings," Kourt told the mag. "I develop a thing for Nilla Wafer cookies every time. I have no idea why! I've also been into cheese and pickle sandwiches. Everyone thinks I'm gross when I order them."

Scott Disick's other half said son Mason and daughter Penelope also eat very clean and healthy, but there are days when they're allowed to satisfy their own cravings.

"We definitely make exceptions, like if we're at Disneyland," she admitted. "But we eat organic when we can, and I try to keep healthy food and snacks at home, where I have the most rules and restrictions. I saw my mom making meals for my kids, and I said, 'This is the cheese you use? This is the butter?' But I guess that's just part of going to Grandma's house."

As for how Kourtney's staying fit during her third pregnancy, she revealed, "I did yoga during my last pregnancy. I was anxious, and it just helped me feel calm. There are lots of good yoga studios out here in the Hamptons, so I might start again."