Her "Baywatch" days may be far behind her, but Alexandra Paul is still saving lives!

To celebrate the 25th anniversary of the unforgettable '90s show, toofab's Brian Particelli sat down with some of its biggest stars -- to find out what they've been up to since hanging up their suits and uncover a few new secrets from the set.

And while it's been 20 years since she left the long-running series, Paul tells toofab she just used her lifeguarding skills in real life.

"I'm still swimming in that ocean where we shot 'Baywatch,'" she tells us. "I saved somebody a couple weeks ago! Literally, I was in the surf, this person went 'Help! Help!' and I swam over and kept his head up while the waves were going over. It was like 'Baywatch!'" 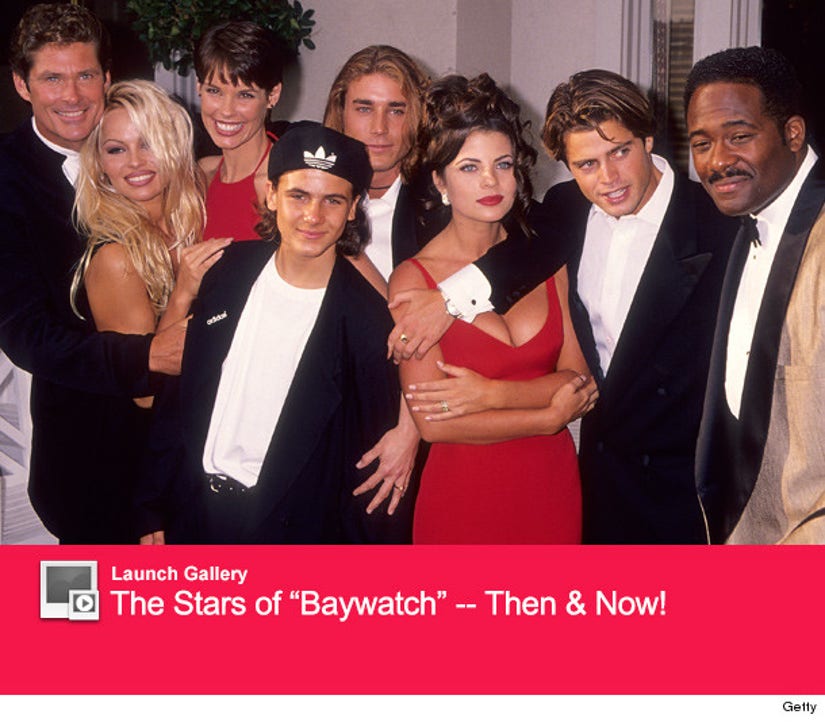 PHOTOS: Whatever Happened to Yasmine Bleeth?

Paul, now 51, joined the series as Stephanie Holden in 1992 -- and, by the time she was added to the roster of red bathing suit-clad lieutenants, the show's infamous weight clause was already well in place.

While other costars -- like Nicole Eggert -- have spoken out about the clause in the past, Paul revealed why one cast member's hard partying made it necessary.

"There was a clause that said you couldn't gain more than 5 pounds over the weight you were cast at," Alexandra tells toofab. "And I read that and was like 'What, why do they have this for the women?', but the producers said it was for everyone. The history was, in the first season when NBC had 'Baywatch,' one of the actors -- who will remain nameless -- was so happy to be cast in a series that he partied his way to like 20 pounds heavier by the time they started shooting."

That was only one of the behind-the-scenes tales she shared. Check out the video above to hear about on-set hookups, her decision to leave the show in 1997 and her message to all the fans!