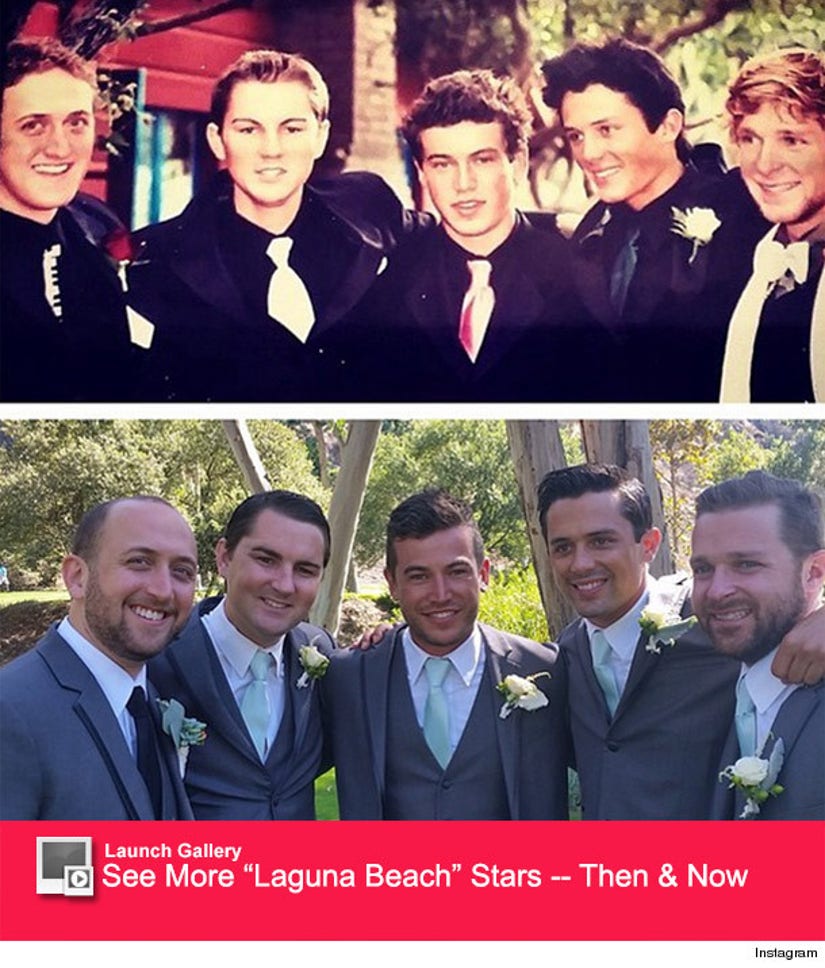 Ten years after they starred on MTV's "Laguna Beach," the original boys from the show reunited for at their friend's wedding, where the group perfectly recreated their senior prom photo.

Dieter Schmitz took to Instagram to share the picture with Trey Phillips and Stephen Colletti, writing, "From senior prom to 10 years later for the first wedding last weekend for Ben ... lucky to have such great friends my whole life."

Stephen also shared a cute black-and-white version of the pic with a hilarious caption: "From wine coolers to fine wine, a work in progress... 2004-->2014."

This "Laguna Beach" reunion comes right on the heels of Lauren Conrad's wedding.

The reality TV star-turned-designer married her longtime love William Tell earlier this month in a rustic-chic ceremony on the California coastline. Check out the first photo from her big day HERE!

LC isn't the only "Laguna Beach" or "Hills" star to get hitched -- check out the gallery above to see what the rest of her costars are up to these days ... and what they look like now!