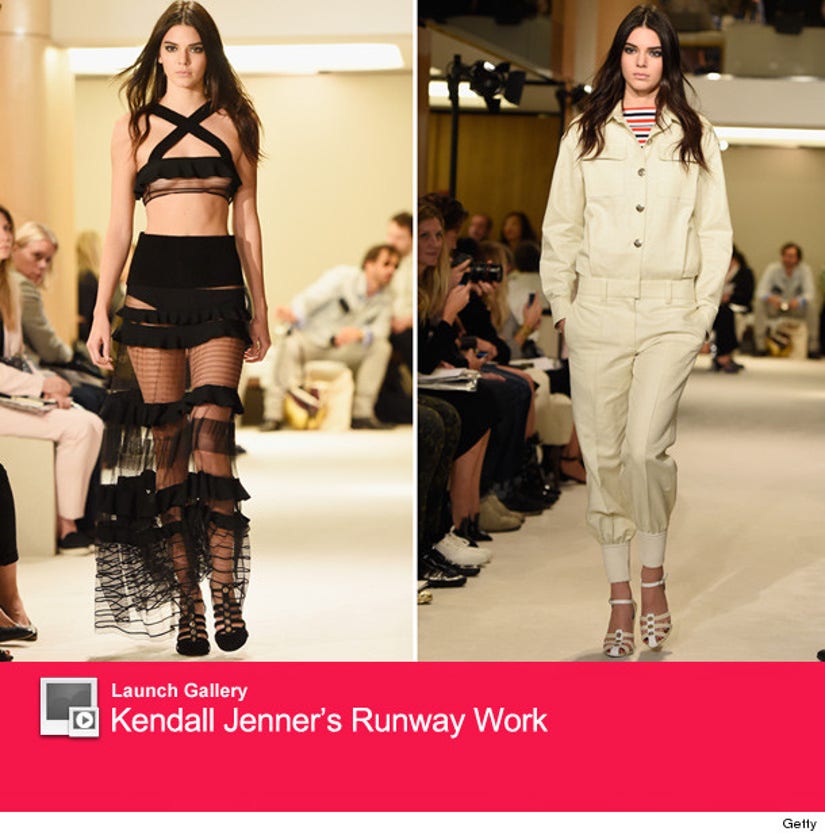 The reality star strutted her stuff on the runway for Sonia Rykiel on Monday, showing off her toned tummy (and some underboob) in a sheer black crop top and matching sheer maxi skirt.

She followed up that risque look by modeling a cream jumper with a striped shirt on underneath. 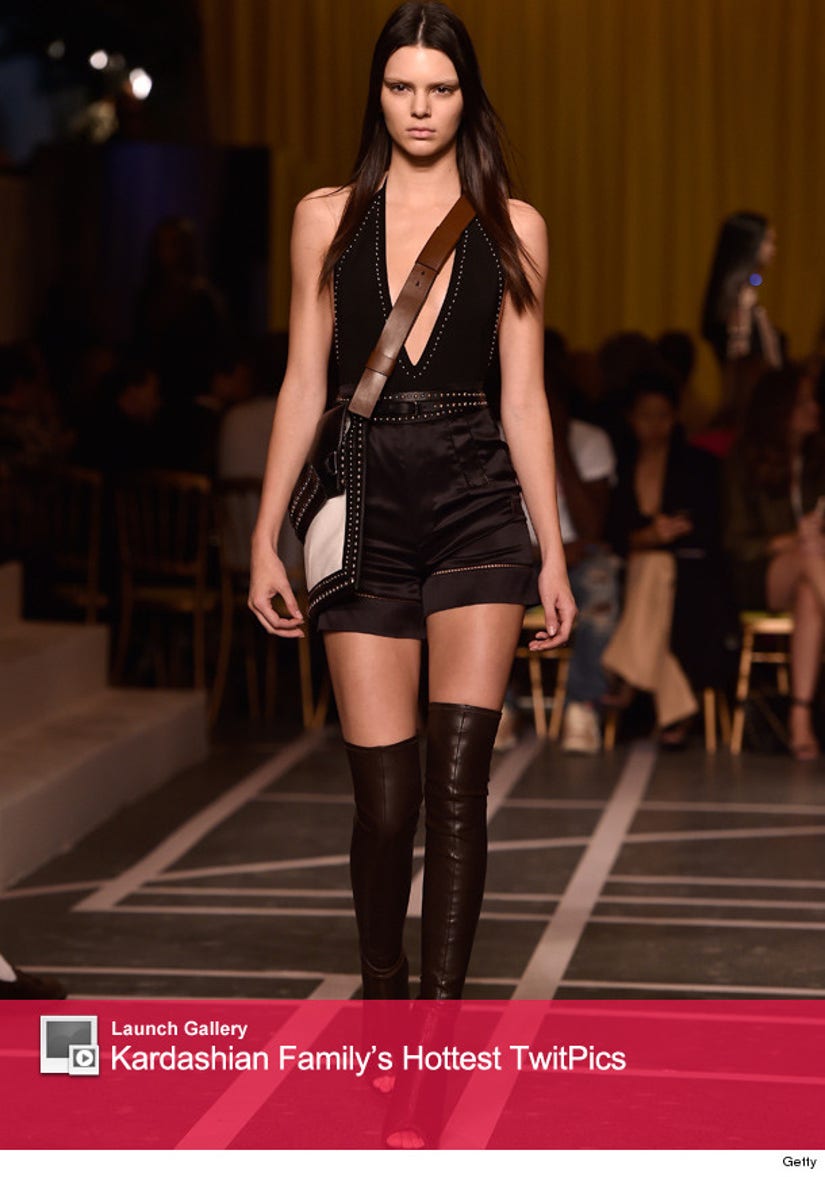 The seasoned model also turned heads at the Givenchy show on Sunday, rocking a very low-cut top and thigh-high, leather peep-toe boots. She completed her edgy look by once again sporting those bizarre bleached eyebrows.

Creative director Riccardo Tisci is a longtime friend of Kanye West and Kim Kardashian -- and designed their wedding looks -- so the power couple attended that show with North West and momager Kris Jenner. 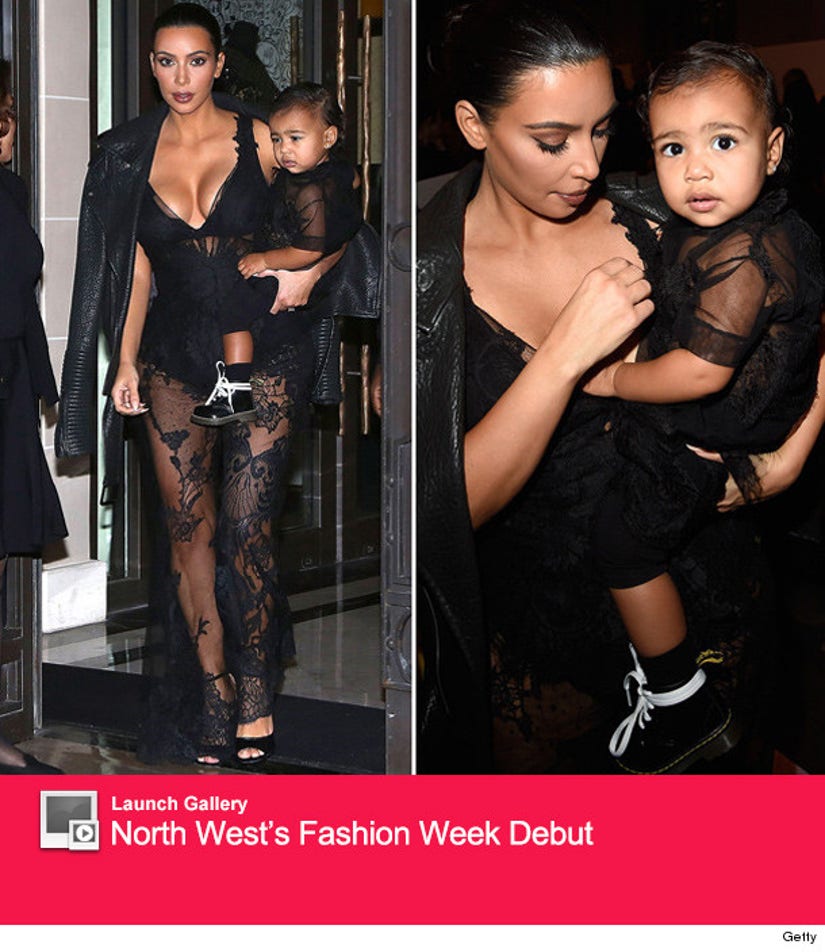 Kim and Nori wore matching black sheer outfits to the star-studded show. Kim took the plunge in her number -- which looked like a black lace leotard with a sheer skirt attached.

This is the second show the couple's one-year-old daughter has attended this year, following her debut at the Balenciaga event last Wednesday (below).

Kim addressed some of the backlash, telling Yahoo Style why she brought the baby to that event.

"She started to cry when we were walking out the door, and we couldn't leave her," says Kim. "So, it was a spur-of-the-moment thing. But it was an amazing fashion show for her to be at for her first show."

We can't wait to see where the West family pops up next! 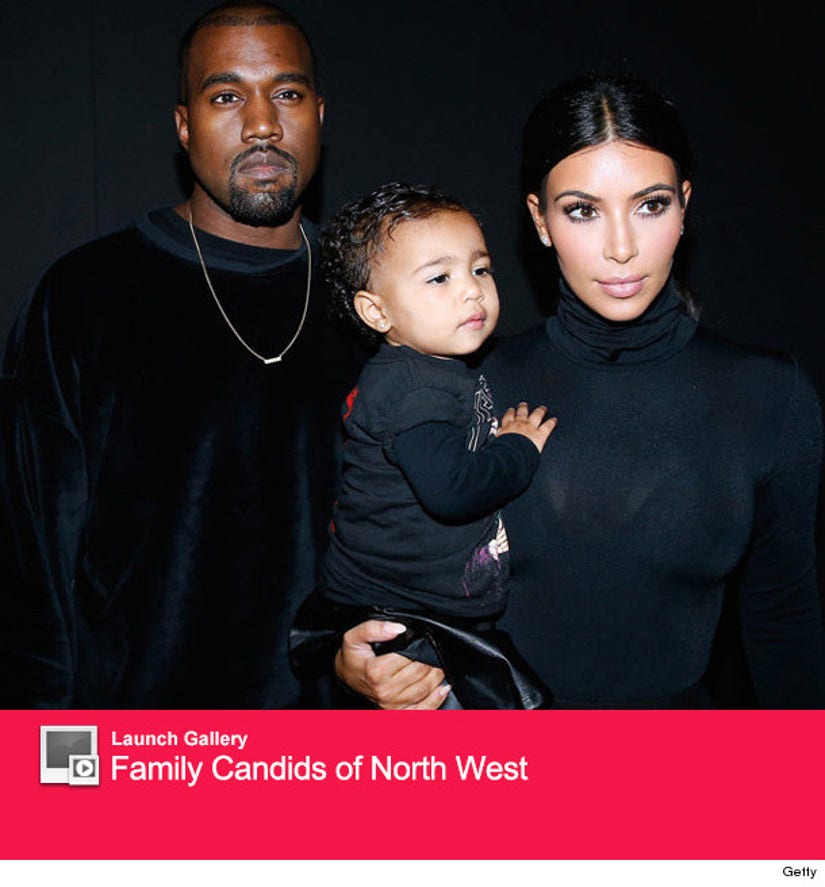