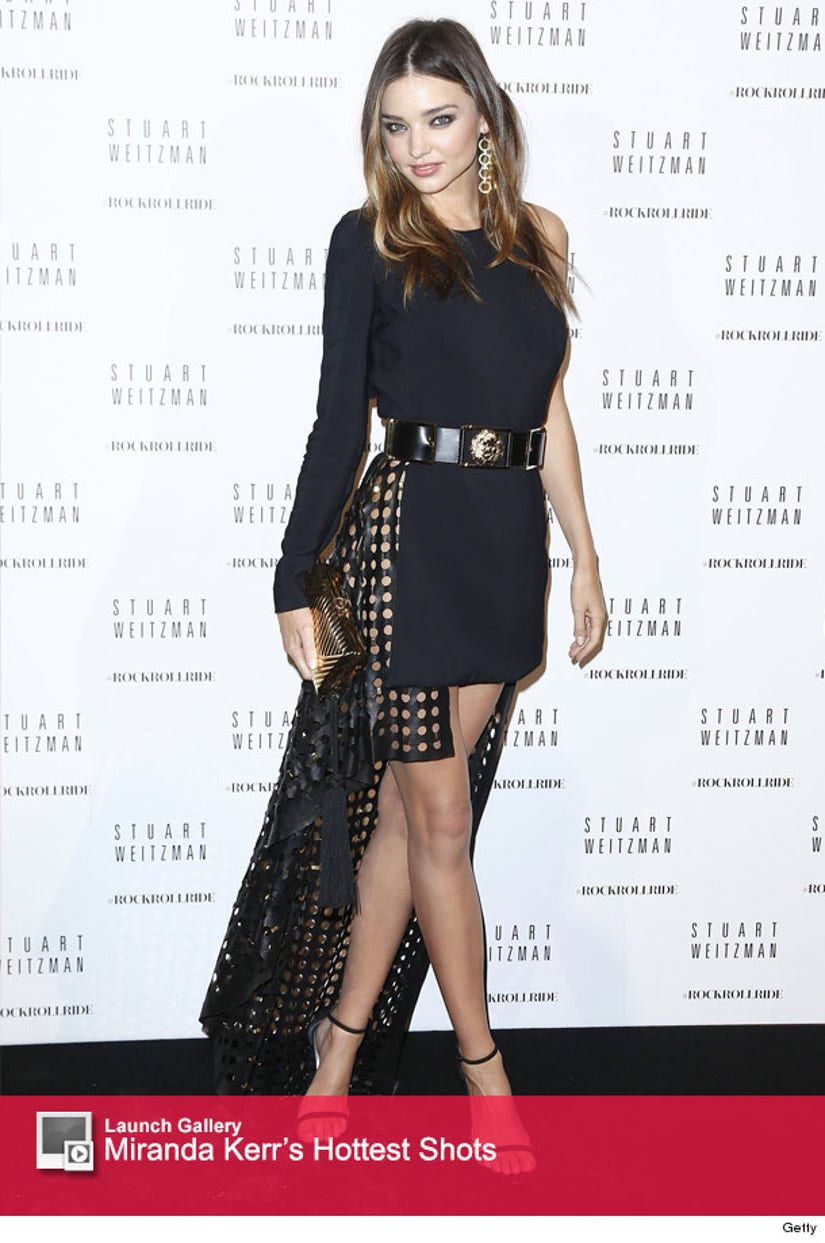 Miranda Kerr isn't afraid to show off a lot of skin!

She completed the edgy ensemble -- which featured polka-dot cutouts down her hip -- with Stuart Weitzman "Nudist" sandals and a gold clutch.

The name of the shoes seems fitting for Miranda's racy outfit!

Dylan Penn, who stars alongside Poppy Delevingne in the short film, also made quite an impression on the red carpet with a dark new look. 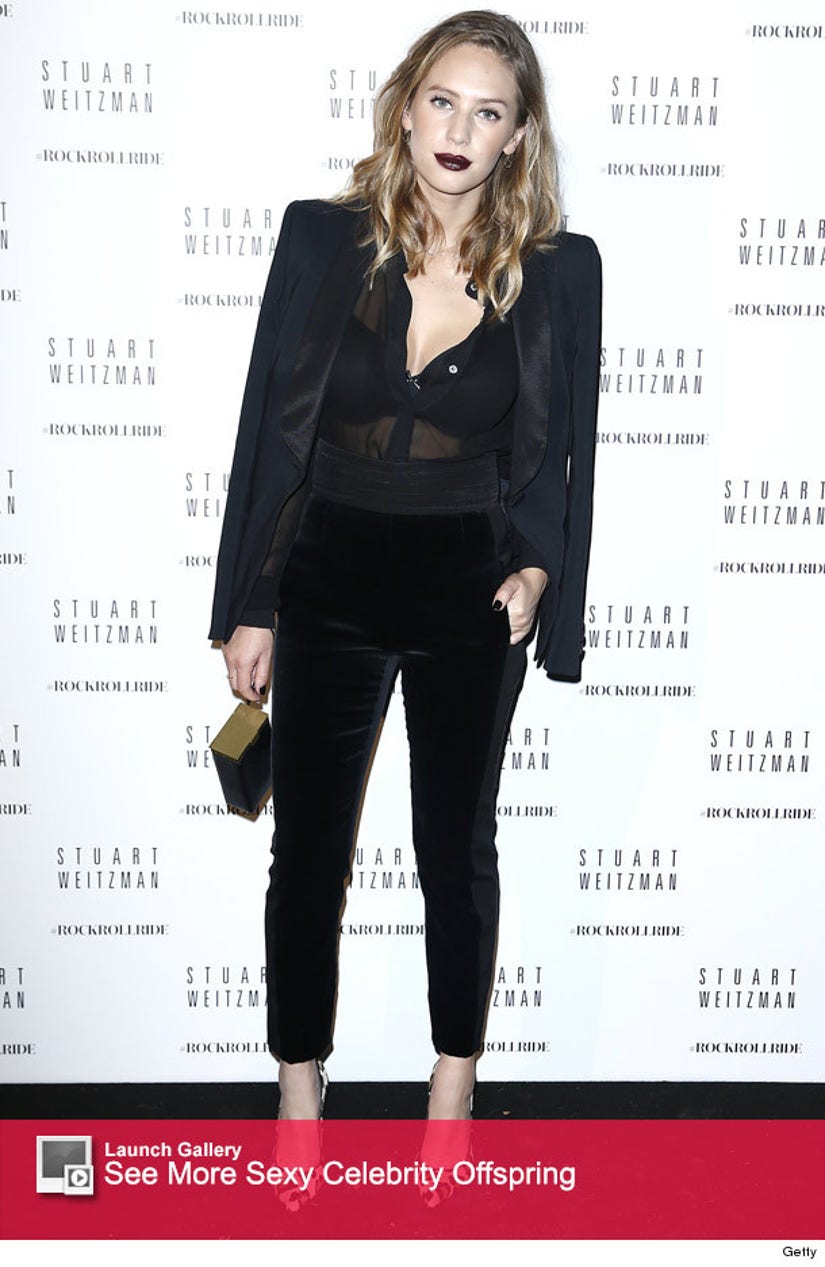 Sean Penn and Robin Wright's daughter donned a sheer black blouse, black trousers and black blazer over her shoulders. She added a pop of glamour with leopard-print pumps and a dark burgundy lip.

At the event, the model revealed she's also an aspiring director.

"I expressed to my parents that I wanted to direct one day," she tells People. "Both of them told me on different occasions that I had to know what it's like to be on the other side of the camera before I directed actors. So, I tried it out and wanted to hate it, but I had a lot of fun. It just was a great way to express myself and a way to work with people that I never thought I'd be able to work with."

We are excited to see what's next for Dylan!