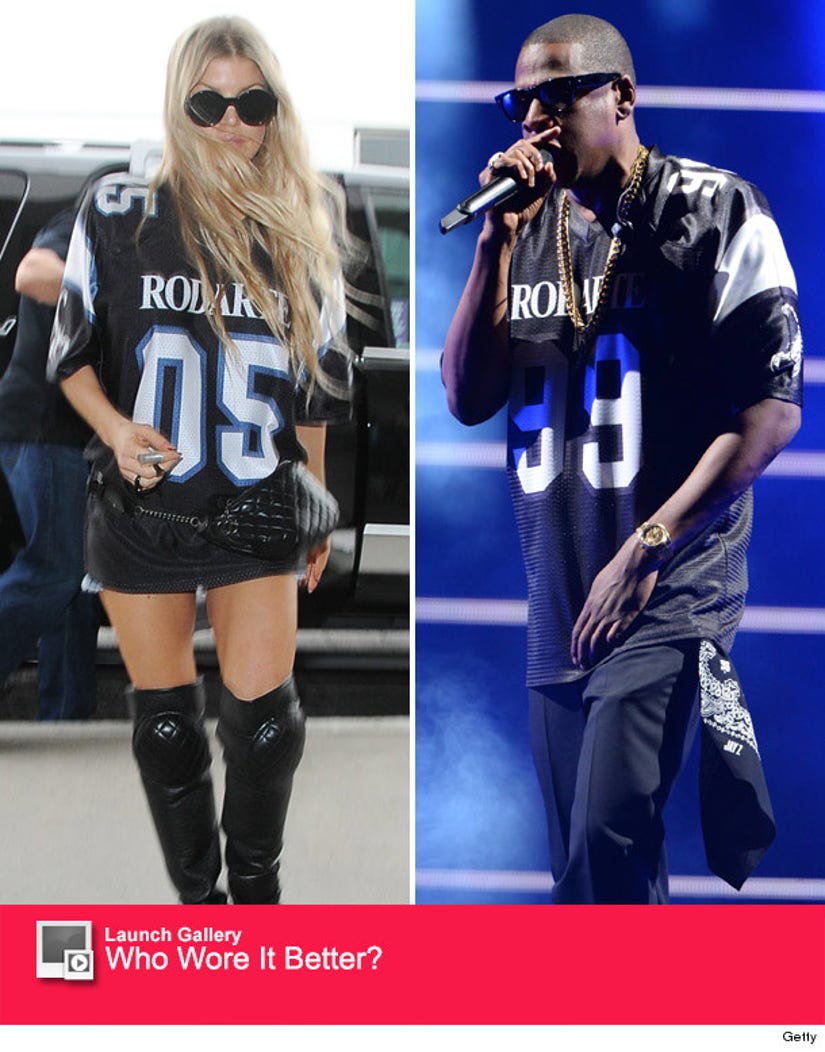 How's this for something new: It's a style showdown between a pop princess and rap royalty!

Fergie showed off her sporty side at LAX last week, rocking a Rodarte jersey with denim cutoffs and thigh-high knee pad-inspired boots. The "Glamorous" singer completed her edgy ensemble with round-framed shades and a quilted leather fanny pack.

Even though you'll find this jersey in the women's department, that didn't stop Jay Z from owning the look with some serious confidence.

Beyonce's other half hit the stage in the same designer duds during his "On The Run" show in East Rutherford, New Jersey back in July. The rapper added his own signature spin with black pants, a heavy gold chain and a black bandana.

We prefer Jay's take on the trend, but your vote is the one that counts!

Who do you think wore it better? Tell toofab in the comment section below, and click "Launch Gallery" above to vote on more stars rocking the same looks.