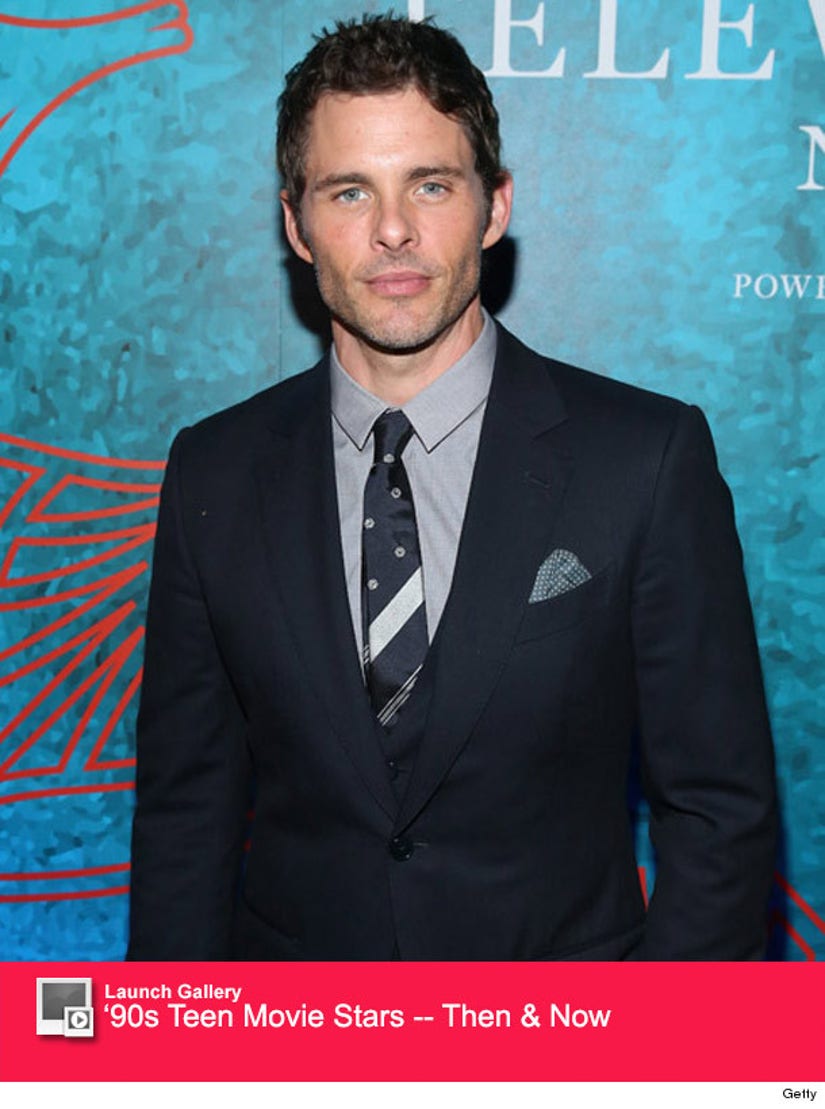 James Marsden is one charismatic guy, one who's just as charming off-screen as he is on it!

toofab's Brittany Kyles sat down with James while promoting his new flick, Nicholas Sparks' "The Best of Me," where he opened up about his very own high school sweetheart, going shirtless on the big screen and the future of Cyclops!

"The Best of Me" follows two high school loves, Dawson Cole and Amanda Collier, who reunite 21 years after separating. While both have moved on with their lives, there's still an undeniable spark between them.

James -- who plays the adult version of Dawson in the movie -- definitely has a few things in common with his character. Like Cole, the 41-year-old tells us that he too had a very special lady in his teen years.

"I had a girlfriend for about four years in high school and one year of college. We were very sweet, she was awesome and we were very much in love," he revealed. "It was a very young relationship but when it ended it was heart wrenching for both of us. No one forgets their first love. You're experiencing all those endorphins and all that dopamine and that obsession with one another for the very first time in your life, so it makes it that much more cute."

Clearly, the "Anchorman 2" star had some inspiration for his romantic role.

Marsden, who goes shirtless in the film, also opened up about getting in shape to play Sparks' newest leading man -- following in the footsteps of studs like Zac Efron, Liam Hemsworth and, of course, Ryan Gosling.

"They got me a trainer, this guy out of New Orleans and he was sort of really great at knocking me into shape really quick," he explained.

"I enjoyed the process. If you leave it up to me to get a trainer and go to the gym on my own, I am probably going to be less disciplined. But if someone is there, telling me to eat this and lift that then I'll do it [laughs]. So it made it easier for me. Denise [Di Novi] said there was going to be some shirtless scenes in the movie and obviously there are certain elements in a Nicholas Sparks story that need to be in place. So I just welcomed that, obviously you want to look as great as you can. Luke [Bracey] was on another level, I was trying to keep up with him." 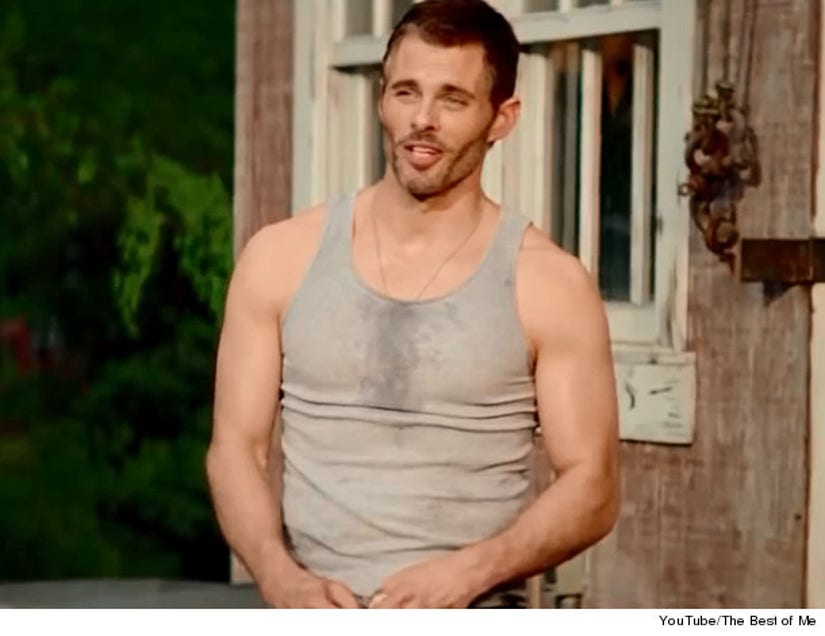 All of James' hard work most definitely paid off -- Marsden does look pretty amazing sans shirt in the flick.

The "27 Dresses" actor also gushed about his on-screen love Michelle Monaghan. "She's just one of those people that you find yourself wanting to stay in her field of gravity," he revealed.

"So it's nice to go down the road in these scenes, which are very complex and loving, with her. This is the type of movie that you certainly want to get along with and have some chemistry with your costar [laughs]. It was nice that she is such a wonderful human being and an impressive actress, too. So I felt very lucky."

Another project he's lucky to be a part of is the "X-Men" franchise, which saw his character Cyclops return from the dead in this year's "X-Men: Days of Future Past."

"It was great, those three movies that I was so lucky to be a part of over the course of 10 years, you get very close to those people and it becomes a family. I loved every one of them and our experiences were so unique and special -- and there are fans out there that love the movies and that's a rare thing, a special thing," he says. "So to come back and not be dead [laughs] was really nice, and the fans' reaction was priceless. It was really a nice and special thing to witness that they like you as Cyclops and that the leader of X-Men is alive and well."

So will we be seeing more of him as Scott Summers down the line?

"That would be great. I've learned not to expect anything in this business," he revealed. "But what's great about these characters in the Marvel universes is that it's gone back to 1962 or 1963 I think, and there's such a depth of material and story lines and all these different sagas that the characters go off on. So you really could create your own little saga or franchise for each character because there really is so much material."

We can't wait to see what James does next -- are you excited to see "The Best of Me"? Tell toofab in the comment section below and click "Launch Gallery" above to see even more '90s teen movie stars then and now!