James Marsden is coming clean about his male celebrity crush!

During an appearance on "Watch What Happens Live" on Thursday, the "Best of Me" star was asked by a fan to play a special edition of "Marry, Shag, Kill" -- with an all-male twist.

The actor, who has two kids with ex-wife Lisa Linde and a son with ex-girlfriend Rose Costa, played along without any hesitation. 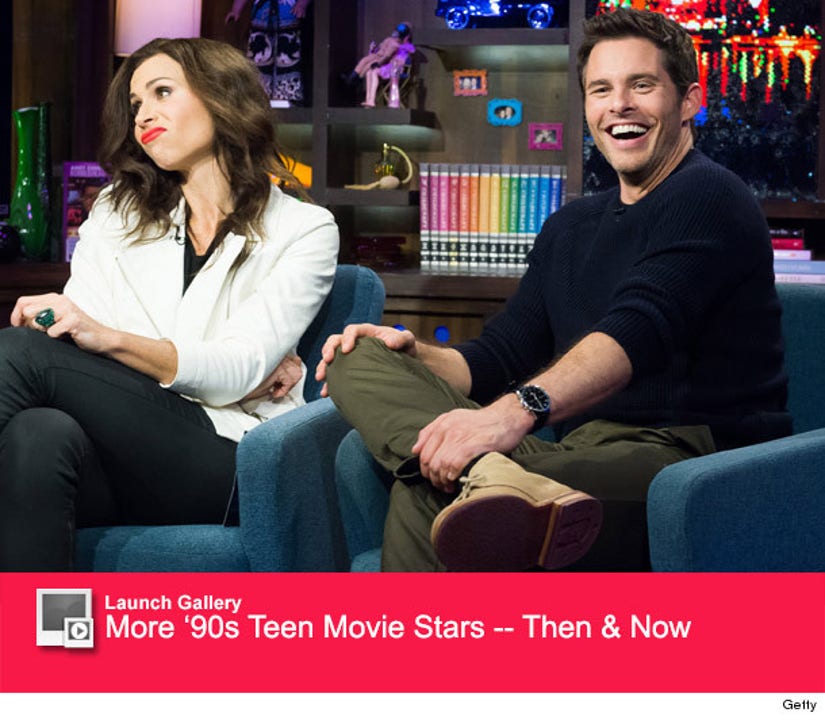 "He's a wonderful human being, but I would kill Neil Patrick Harris. He's a talented, wonderful guy, but I have to choose someone, right? So you're gonna lose someone," the hunky star said.

As for the other two? "I think that I would marry Anderson, which means that I would...shag you," he said, turning to Cohen.

Earlier in the show, Marsden revealed to another caller that he is single and was later asked which physical attribute he looks for in a woman.

"My type? I don't have a type. Just stunning, I guess," he replied. "Yeah, I think stunning-ish." Ladies, are you listening?!

Check out the clip above to hear James' most embarrassing moment while shooting a movie.