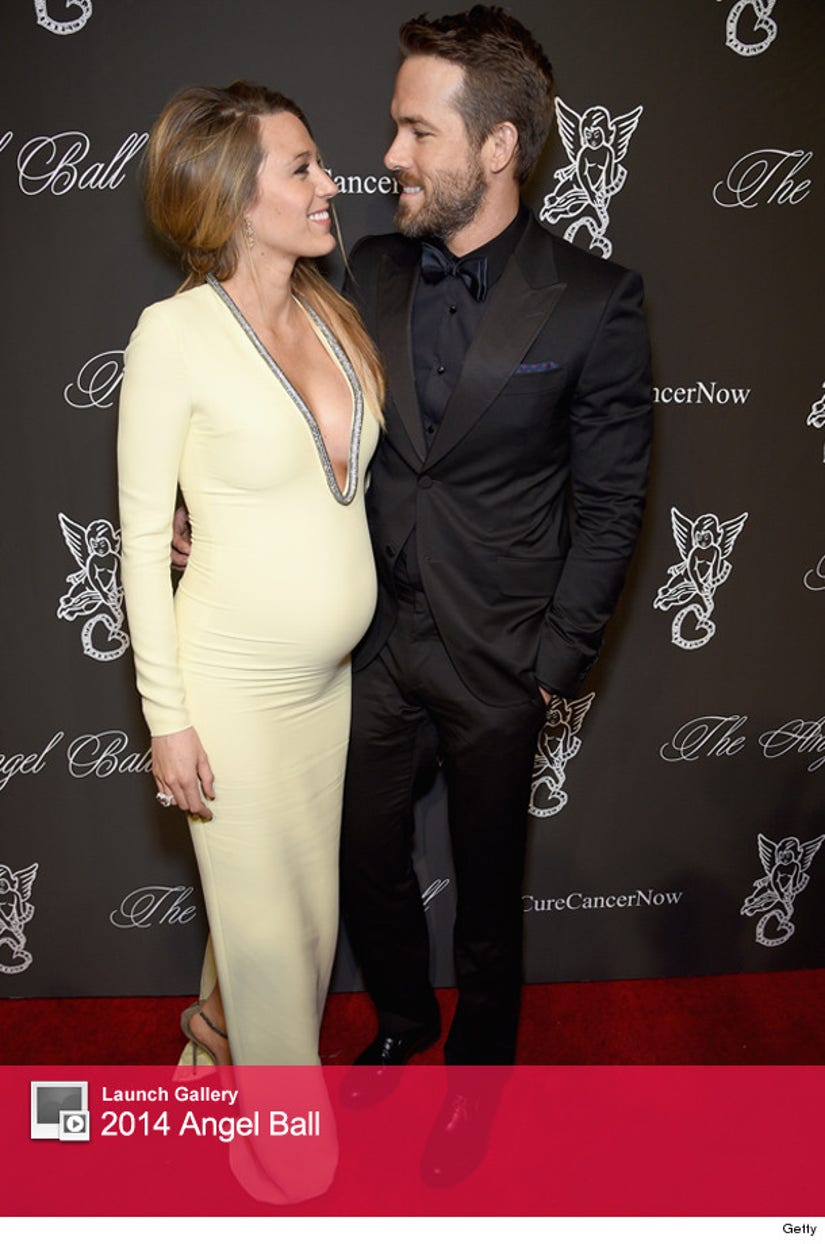 Blake Lively is a glowing mama-to-be!

The actress showed off some major cleavage and her adorable baby bump in New York City on Monday, as she walked the red carpet at the 2014 Angel Ball with husband Ryan Reynolds.

Donning a skin-tight pale yellow Gucci gown with silver crystal embroidery, the expecting star stole the spotlight at the star-studded event, and her hubby couldn't keep his eyes off of her.

This is the first time the couple has attended an event together since Blake's pregnancy was announced earlier this month.

The A-list pair has always been open about their plans to start a family. 'I've always wanted a big family," Lively told Allure in October 2012. "Oh, I'd love 30 [children] if I could."

Reynolds made similar comments about becoming a father in Details magazine. "We'd love to have a big family. We both come from big families—my parents did four, Blake's did five. A lot of people say it's crazy, but we'll only know when we're there, you know?" he shared. "We'll walk through that fire pretty happily, I think." 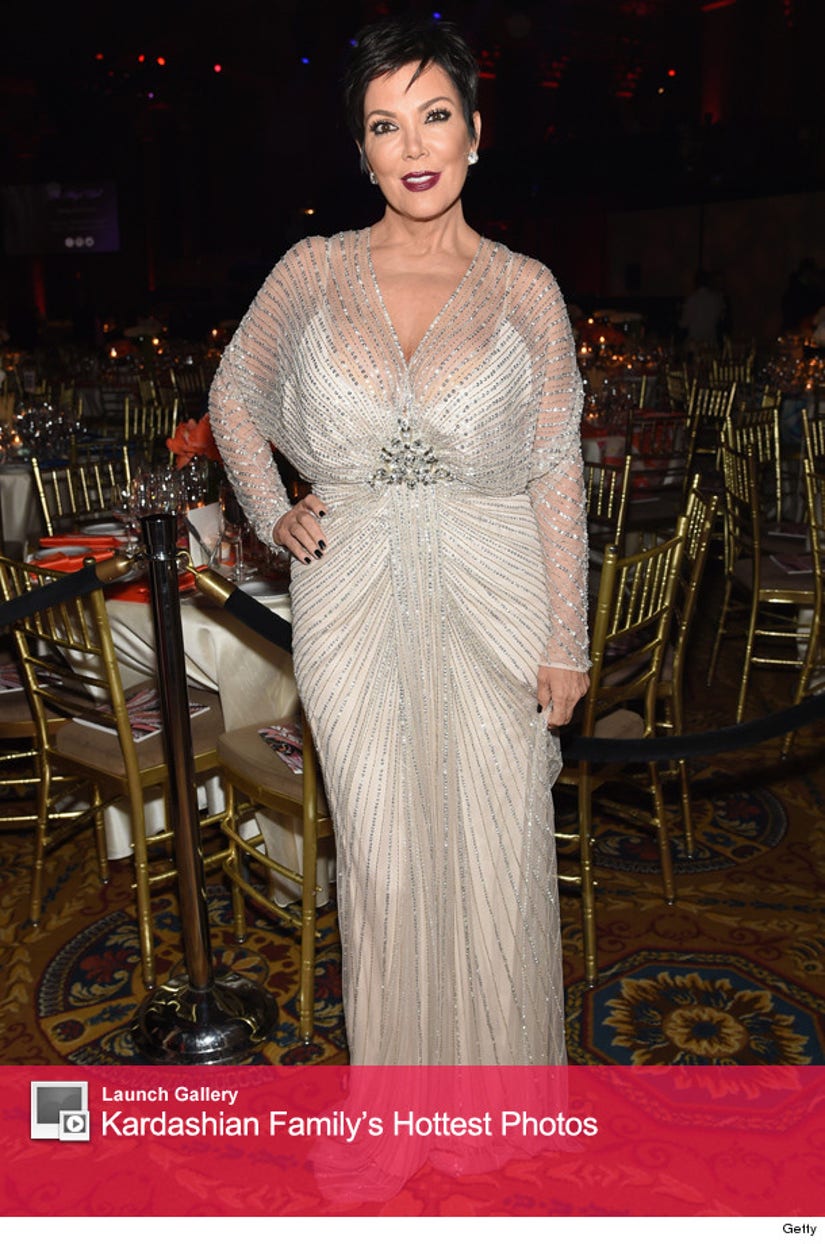 Blake and Ryan certainly made a lasting impression, but Kris Jenner also turned heads at the event!

The Kardashian matriarch flaunted her impressive decolletage in a beaded sheer gown with a sparkling broach at the bodice. The 58-year-old reality star added a pop of color with a bold bordeaux lip and smokey eye makeup.

Click "Launch Gallery" above to see all the celebs at the event, including Paris and Nicky Hilton, Alicia Keys, Gigi Hadid more.