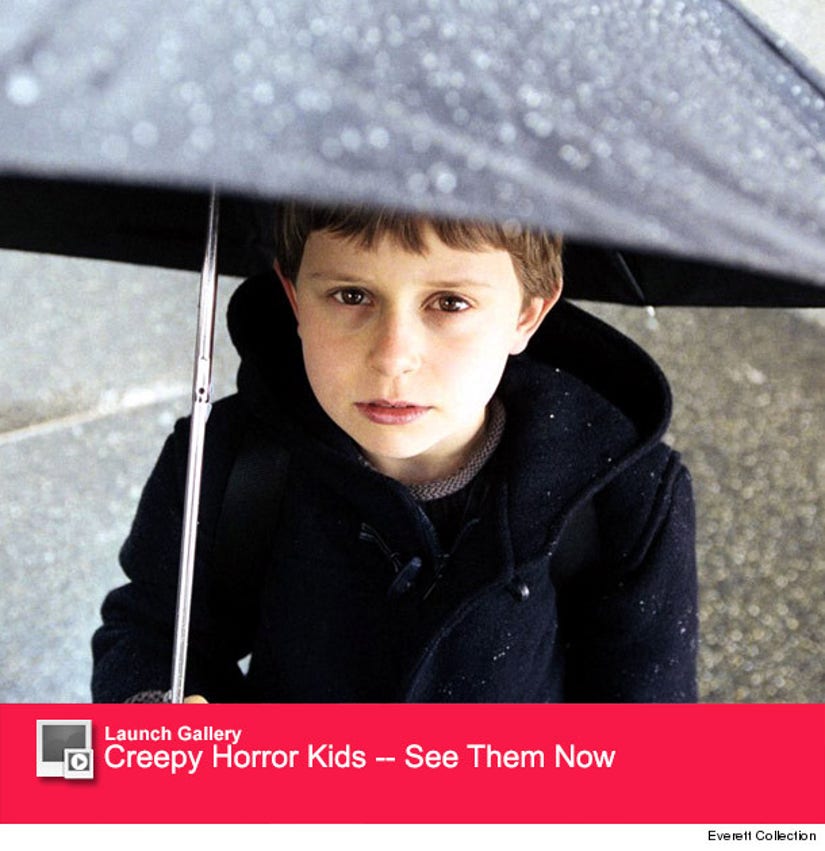 That "creepy kid" from "The Ring" is all grown up ... and has quite the impressive resume these days!

As part of our ongoing 13 Days of Horror, we're checking in with some of the stars of our favorite freaky flicks and today, it's all about David Dorfman.

Dorfman, who starred alongside Naomi Watts in the American remake of "The Ring" 12 years ago, chatted with toofab's Candice Brock about working with the actress, getting typecast in bizarre roles and what he's been up to since the movie.

See what he and Samara herself (actress Daveigh Chase) look like now in the gallery above.

David was only 9-years-old when the horror flick was released -- but does it feel like a lifetime ago for the former actor?

"Amazingly it doesn't, I've been keeping pretty busy and I guess times just sort of flown by. I guess the fact that there was the sequel makes it a little more recent in my mind," he tells toofab.

Dorfman, now 21, also gushed about his A-list costar and remembered how sweet Watts was to him on set.

"Something that always struck me about her was just how truly kind she was, incredibly down to earth, cared so much, and really set a great environment,” he says about his on-screen mom.

But the environment on-set wasn't always as welcoming as Watts.

"Interestingly, the plot line has a lot to do with flooding and water is a central theme of the horror. The sound stage over the production office of Universal Studios flooded during pre-production. This was the first time in 50 years Universal had a flood like that. The director [Hideo Nakata] called in a priest to purify the set and get rid of Samara's spirit to err on the side of caution," he reveals.

David also starred in "Texas Chainsaw Massacre" and had a role on the CBS series, "Ghost Whisperer," leading to one spooky list of credits.

"I think it's safe to say I did pretty well when it came to horror films," he says. "I thought it was great. I loved that because I love horror movies, they are the greatest. So no complaints there. But yeah I definitely did a lot of creepy kid roles."

"Amazingly sometimes people will go 'You look really familiar we know each other from somewhere?' Maybe they'll connect the dots and say 'Drillbit Taylor' or something more recent. But people do, to my surprise, recognize me sometimes," David adds.

Though he stepped away from acting, he's been VERY busy off-screen. The former child star graduated from UCLA when he was 17 and is now in his third year at Harvard Law.

So, what inspired him to take the jump from Hollywood to the court room?

"Oddly enough what got me thinking about pursuing law school originally was some of my acting work," he reveals. "I was on 'Ally McBeal' way back when, and I did 'Family Law' for a number of years. I might have been the creepy kid but I also was the legal kid. So that's kind of how the idea started. I went to college at 12, graduated from UCLA when I was 17, and now I'll be out of Harvard law school at 21."

Dorfman also recently worked with the Senate Judiciary Committee as a law clerk and interned for the anti-terrorism unit of the U.S. Attorney's Office in Boston, where he conducted research on the Boston Marathon bombings.