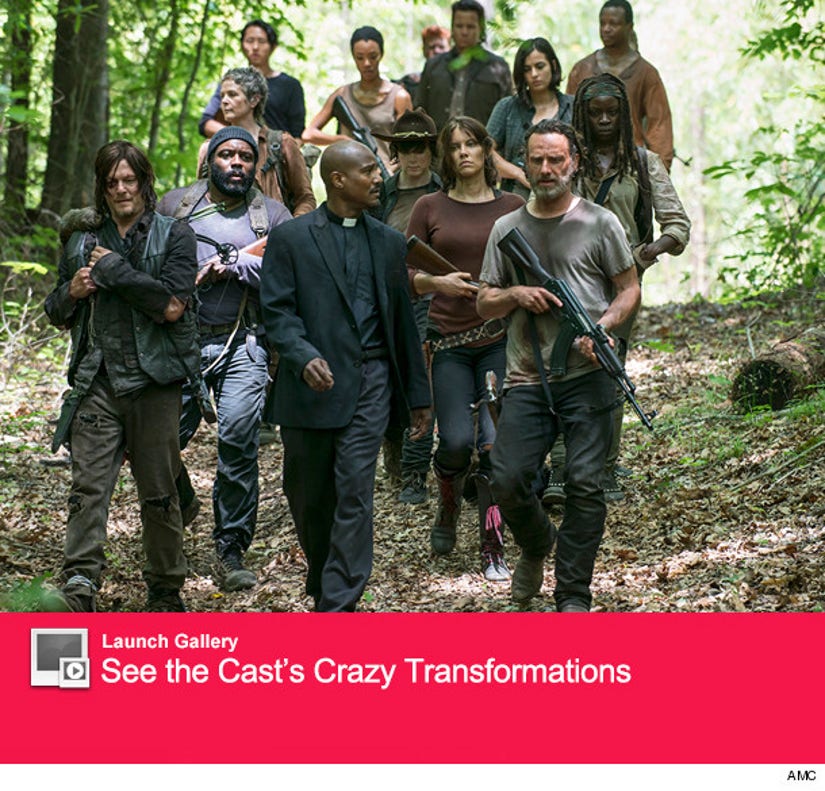 This may have been one of the most brutal episodes of "The Walking Dead" yet, with at least one violent outburst from our survivors that may change them forever.

Let's dig into the five biggest takeaways from Sunday's episode, "Four Walls and a Roof." As always, star Josh McDermitt (aka Dr. Eugene Porter) is joining us for our recap this week -- giving us some insight from the set and teasing some moments to come later this season.

With some major deaths and some big revelations, we've got a lot to talk about this week. 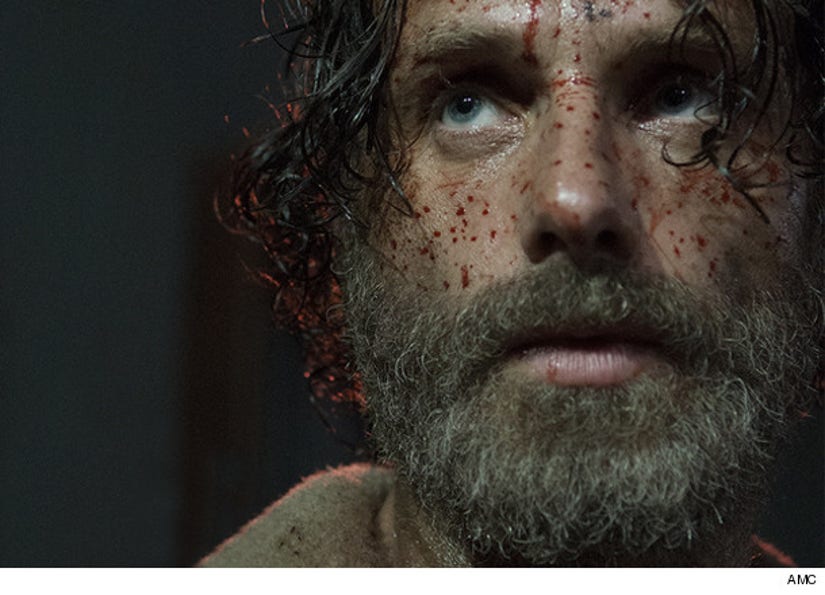 After eating Bob's leg and dropping him off at the church where Rick and company were hiding out, Gareth jumped to the top of Sheriff Grimes' Most Wanted list. Rick, Sasha, Michonne, Glenn, Maggie, Abraham and Rosita left their sanctuary for vengeance, only to have Gareth and his thugs show up to the house of the Lord moments after they left. The Terminites threatened the remaining survivors -- but it was all a trap, as Rick and his crew ambushed them moments later.

What followed was one of the most violent scenes of the entire series, with Rick, Michonne, Abraham and Sasha going absolutely berserk on the intruders -- chopping them to bits with knives and machetes as Glenn, Maggie and Tyreese watched in horror. Yep, Rick kept his promise from the premiere to kill Gareth with his own blade.

"Poor Gareth! Rick carried out his promise of killing Gareth with the machete with the red handle. I thought that was awesome," McDermitt says of the intense scene. "I wasn't on set when that scene was shot, but I know it went late into the night. Most of the time the actors talk about big scenes they filmed after the fact. Nobody talked too much about this scene. I think the intensity was at an all-time high. It was one of those things shared between the actors on set that day and it was left at that. This was a bigger turn, further down the rabbit hole for the group. I think that hit the cast in a way that hadn't been experienced before."

It'll be very interesting to see where the group goes from here -- as the violent outburst will definitely have ramifications in future episodes.

"I don't think this is one of those things that someone can do, go to bed, and then wake up the next morning like nothing happened," adds Josh. "This doesn't just affect the group doing the killing, but it also affects the ones in the church rectory who were hiding out. Everyone was a part in this. Everyone was on the same page with this plan. Now the audience gets to see what happens moving forward and I think that's exciting." 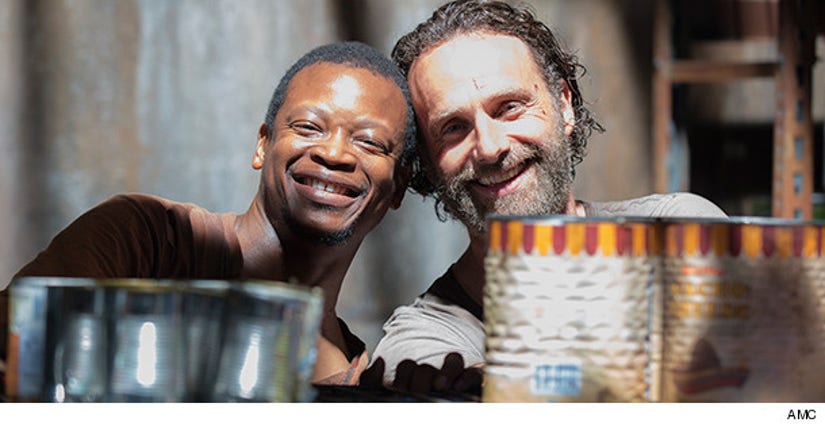 It was a rough week for Bob Stookey, with Lawrence Gilliard Jr.'s character succumbing to his injuries after getting bit by a walker and Gareth's cronies.

But he had his last laugh before biting the dust -- scaring the hell out of the Terminites by revealing they just ate "TAINTED MEAT" by chowing down on his infected leg. It was a scene straight out of the comics, though Dale was the Hunters' meal on the page.

Bob was then dropped off at the church, where he died surrounded by his friends and loved ones, including girlfriend Sasha.

"This was a a very tough episode to shoot for not just them, but the entire cast," McDermitt tells toofab. "It's not easy to say goodbye a cast member and they crushed it. Lawrence is a badass in his own right and I look forward to the next time I get to work with him."

In the end, Sasha asked Tyreese to kill Zombie Bob after his resurrection. 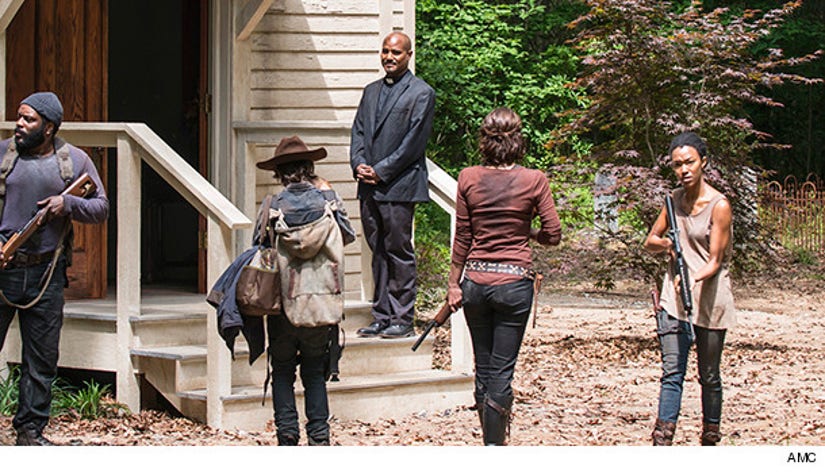 As Rick says, "we've all done things." But what Father Gabriel did was pretty damn horrible.

After being threatened by the survivors, the new character was forced to reveal why the words "YOU'LL BURN FOR THIS" were carved into the side of the church.

"I locked the doors at night. They started coming and the congregation, Atlanta was bombed the night before and they were scared," the jittery priest said. "They were looking for a safe place ... there were so many of them and they were trying to pry the shutters, banging on the side and screaming at me. The dead came for them. Women, children, entire families calling my name as they were torn apart, begging me for mercy. Damning me to hell. I buried their bones, I buried it all. The Lord sent you here to finally punish me, I'm damned."

It's clear he's looking for redemption now -- and Josh tells toofab he thinks it's definitely possible.

"Personally, I think it's easier for him to be redeemed having done this before he met the group as opposed to him doing something just as bad while living with them for a period of time," says McDermitt. "But the fact he let his parishioners die so that he could survive is not lost on the group. I think Rick & Co. are cautious around him. They don't trust him. You can't trust anybody." 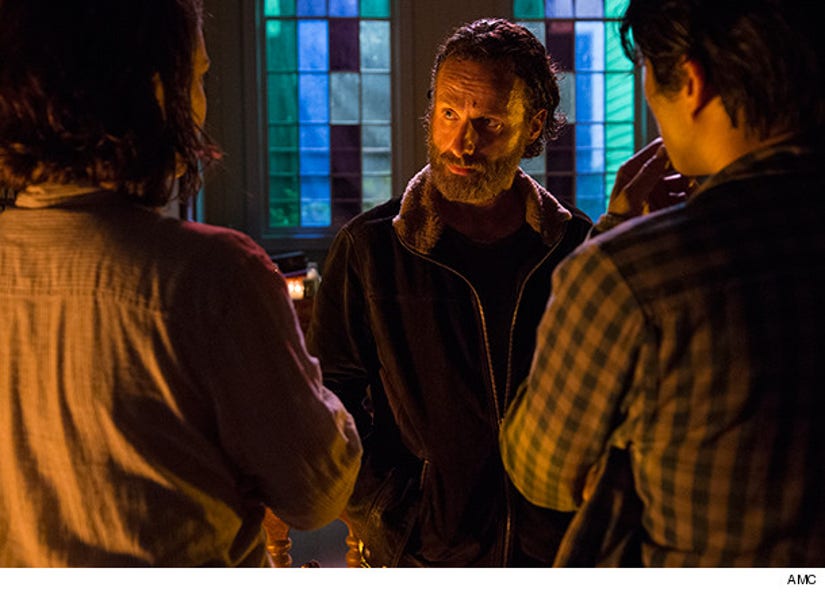 4.) On the Road to Washington

Half the group is finally on the road to DC with Eugene -- but getting the AOK from Rick to start the mission wasn't exactly easy.

After Bob's kidnapping and the disappearance of Carol and Daryl, Rick wanted to stay and wait for them -- while Abraham wanted to get on the road to D.C. as soon as possible. This led to an intense showdown between the two men, before they they finally came to an agreement: Abraham, Rosita and Eugene would stay half a day to help them fight the Hunters, as long as Tara, Maggie and Glenn joined them the following day when they left for Washington.

"It feels great to have more people on the team, more people to protect Eugene during the mission," says McDermitt of the deal. "It's going to be an interesting journey. Glenn and Tara both made decisions to go. Before, they were helping Eugene, Abe, and Rosita as they searched for Maggie. Now that there are no other 'priorities' it's full steam ahead."

Safe to say it won't be a smooth journey for them ... but we'll see in episodes to come! 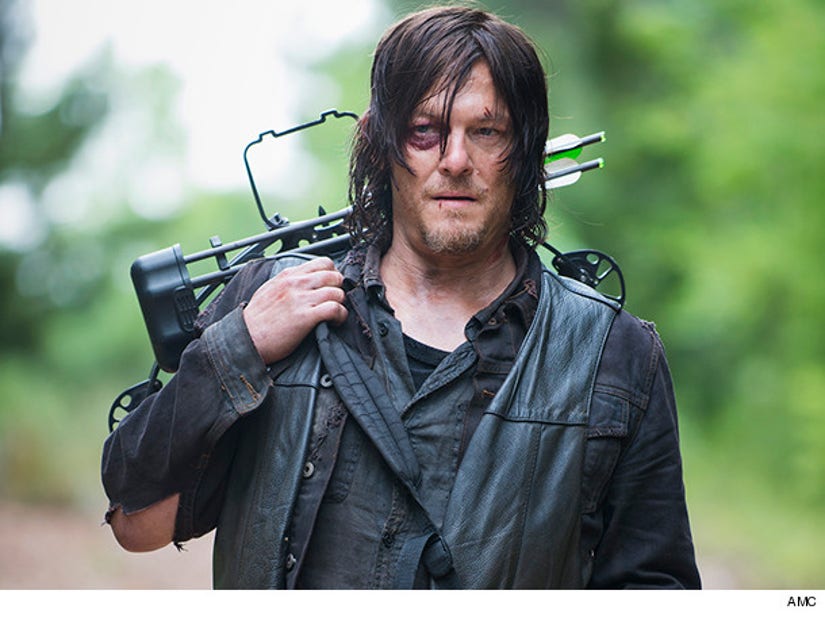 The last we saw Daryl and Carol, they were chasing down the car that abducted Beth last season.

In the final moments of this week's episode, we see Daryl come out of the woods, where Michonne asks him about his partner in crime's whereabouts. "Come on out," he says ... and then the episode ends.

Do you think he returns with just Beth? And, if so, what happens to Carol?

We're guessing there's a full episode coming up dealing with Beth's whereabouts and her potential rescue ... and we can't wait to find out what happens! They better not kill Carol!

Josh's Pick for Badass of the Week:

Both Bob and Sasha claim the title this week, for their incredibly challenging scenes and Stookey's farewell. See what Sonequa Martin Green told us about Sasha's arc this season below:

The Oh S**t Moment of the Week: 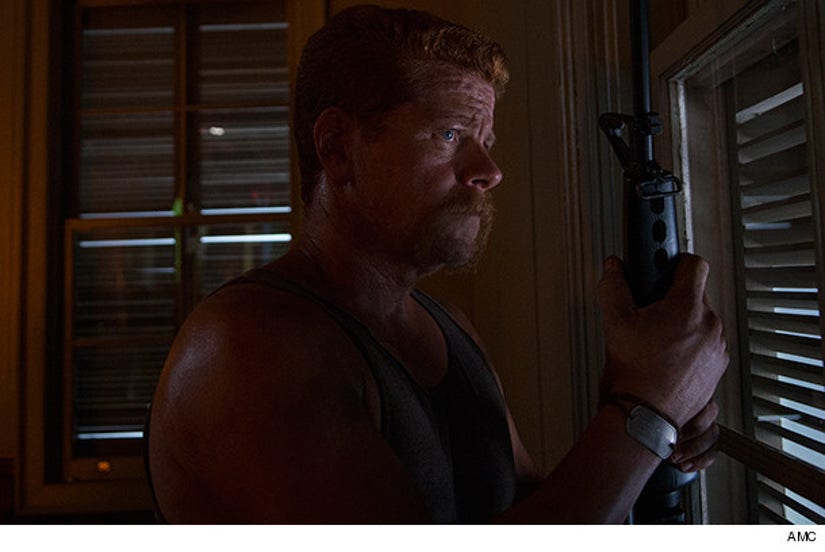 Josh's pick this week was the showdown between Rick and Abraham in the church.

"This was so intense. Everybody in the cast was 'in the moment' and invested in this clash of titans - not just between Rick and Abraham, but between Andrew Lincoln and Michael Cudlitz," says Josh. "This was the first time we finally get to see their characters go at it and I loved it. I would love a show only about that. The day we shot that also happened to be my birthday and it was a great present to be able to learn and watch from actors at the top of their game."

What did you think of this week's episode? Sound off below!

And check out our ongoing "Walking Dead" coverage right here.