Those words creep out even the most diehard horror fans, thanks to Louise and Lisa Burns' portrayal of the Grady Twins in Stanley Kubrick's 1980 classic "The Shining."

And while the two blood-stained little girls will forever haunt the halls of the Overlook Hotel, the women who played them disappeared from the entertainment biz following the flick.

With the film's 35th anniversary coming up next year, toofab's Brian Particelli tracked down the kooky 40-somethings for one awesome Skype session -- where they looked back at the film's enduring legacy, talked about some wild fan interactions and revealed if they've ever slipped into those infamous blue dress in the decades since the flick's release. 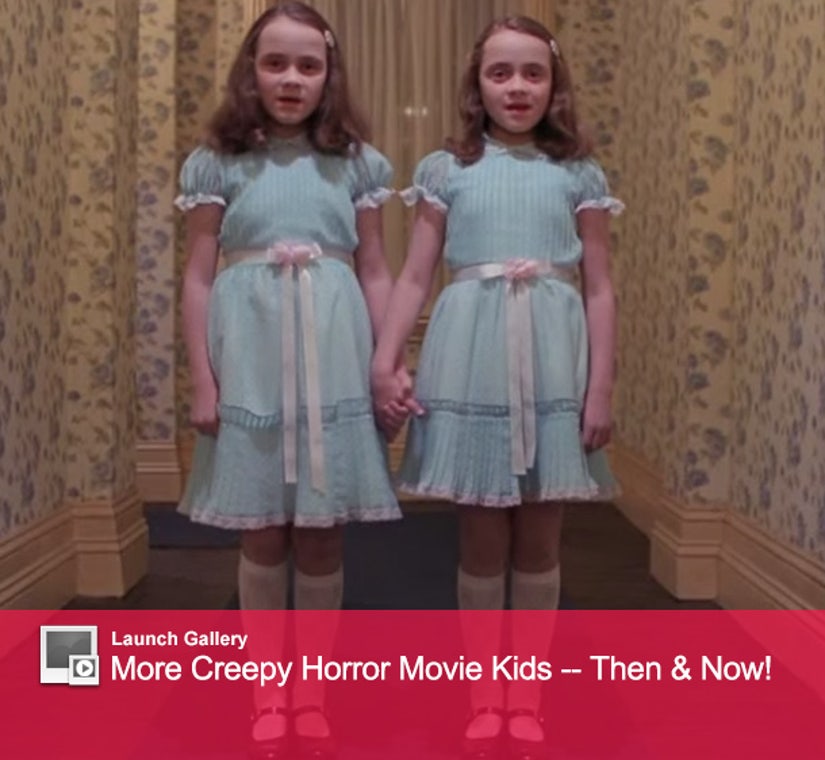 "Stanley Kubrick's work, it goes on and on and on. He made so many movies and people come back to them," Louise tells toofab. "It's not surprising that it's 35 years on for 'The Shining.' At the time, it was so seminal and made such a difference."

"You got over there and you see the number of people that are so clicked into the film and you go 'Oh my word, I can't believe people are so keen on the film,'" adds Lisa. "This is one moment in our lives, but it seems to have been people's reason for going on their lives. It's become a really big thing to them."

The two recently visited Elstree Studios, where the majority of filming took place, only to find a lot of the old soundstages were long gone.

"[It was] bittersweet," says Louise. "Because the sound studios that 'The Shining' was filmed on are now a car park. "

"When I went back, I felt as if I was being rubbed out, erased from history. As if someone has taken my past away from me, because they had walked all over it and taken down the building and it wasn't where I remembered any longer. And I was really sad about it," adds Lisa.

Check out the video above to find out who from the cast and crew they still keep in touch with -- plus, see them recite their most famous line again, 34 years later!