The ladies of "The Real" are getting real about their personal baggage.

On the upcoming episode of the talk show, the cohosts open up about the struggles and insecurities they have been dealing with for years.

Adrienne Bailon, who previously dated Rob Kardsahian, reveals that she equates relationships to being successful.

"For me I have a lot of relationship baggage, feeling like people either did me wrong or didn't want me," she says. "And for some reason, I always validated myself with being successful or working. There was a period of time between 'Cheetah Girls' and a lot of things that I've done now, that I didn't work. I felt like men wouldn't want me because I wasn't where I was at that time."

Tamera Mowry admits that she's tired of being compared to her twin sister, Tia Mowry. "Being a twin, people compare you by default," she explains. "Well, I was known as the goofy cute one. And I always thought it was a negative term cause all I wanted to be was sexy. I didn't want to just be cute." 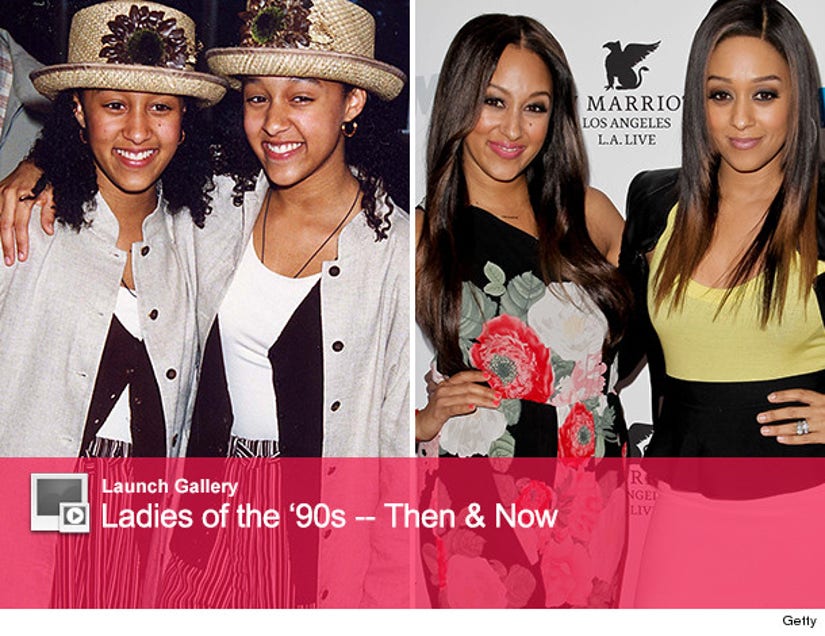 Tamar Braxton says she suffers from a skin disease called Vitiligo, which has prompted rumors that she has bleached her skin.

"Just today, somebody I haven't seen in a while was like, 'Oh my God, I was thinking ... who is that white woman over there in the white? Oh that's Tamar.' And I find myself always defending that I am who I am," she tells the audience. "So for me, I just decided, you know what Tamar? You are going to accept yourself for who you are because either you're going to like me for me or you're not going to like me for me."

Check out the clip above hear more about the ladies' personal struggles, and find out the harsh criticism that Jeannie Mai and Loni Love faced about their appearance before they landed their gigs on "The Real."

What do you think of their candid comments? Sound off below!