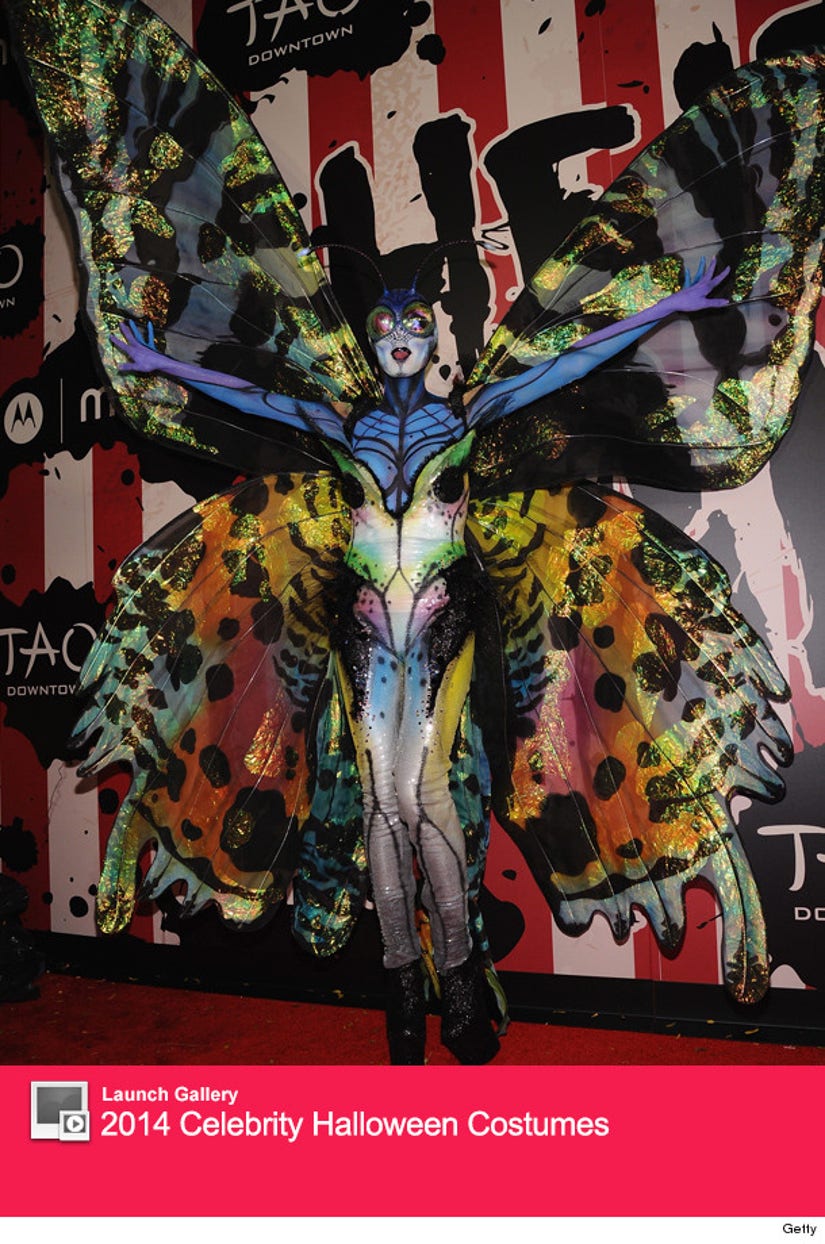 Heidi Klum has outdone herself, again!

The model dressed as a giant butterfly for her annual bash in New York City on Friday night, completely covering her body with blue and green paint.

Not an inch of Klum's skin could be seen under her colorful wings!

This isn't the first time the "Project Runway" star has blown us away with her amazing Halloween costumes. Last year, she went completely incognito dressed up as a senior citizen. From her facial prosthetics to the outfit, everything was on point. 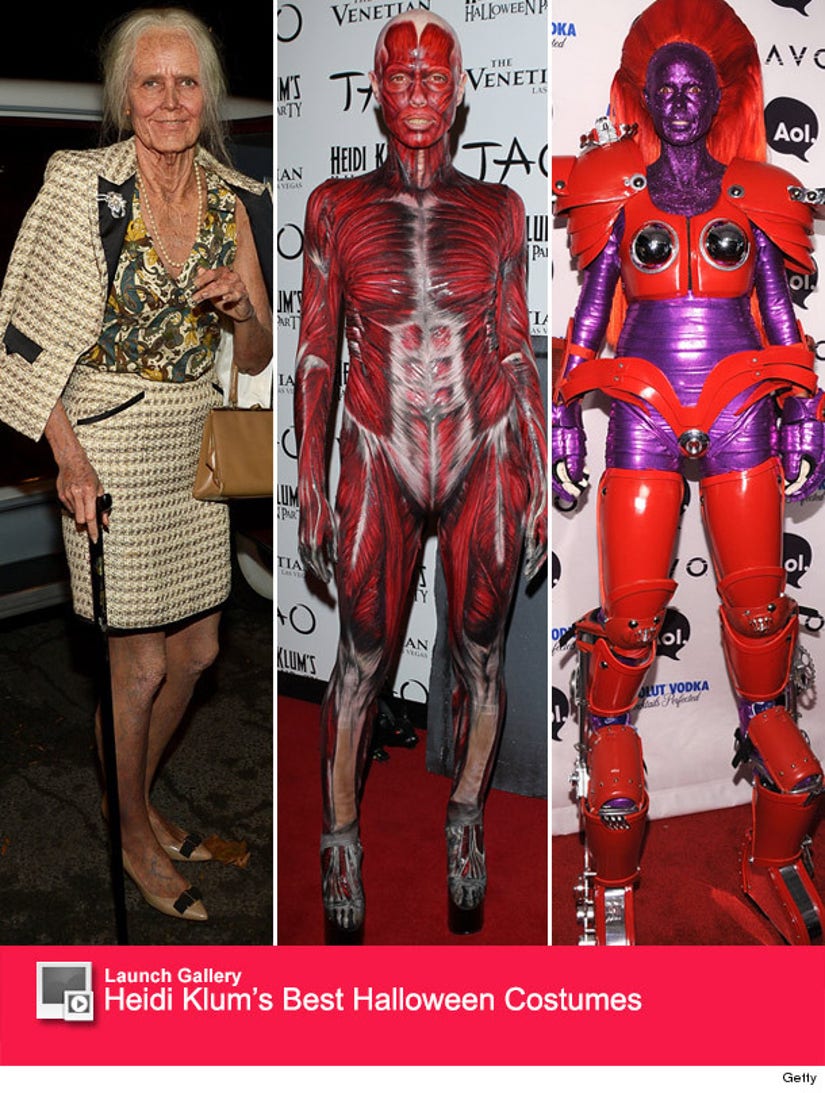 In 2011, the former Victoria's Secret model wore her most risque look to-date! Klum sported a head-to-toe bodysuit which showed the entire inner workings of her body -- it was super creepy to say the least.

And in 2010, the 41-year-old was the sexiest robot we've ever seen. Heidi rocked a purple painted face, purple rubber suit complete with red plastic parts and a matching red wig -- she even had robot legs to roll around on!

Klum knows how to celebrate Halloween right -- what do you think of Heidi's spooky looks? Sound off below and click "Launch Gallery" above to see even more of this year's best celebrity Halloween costumes!