Things are getting physical on the new season of the "Real Housewives of Beverly Hills."

In a new sneak peek of the Bravo series we're finally getting to see Lisa Rinna and Eileen Davidson make their "Housewives" debut.

Rinna's definitely stirring the pot this season, while Brandi Glanville and Lisa Vanderpump's feud seems to come to a head when Glanville slaps the restaurant owner.

Check out a sneak peek of Season 5 above!

It also looks like Brandi's going to have some big problems with the "Days of Our Lives" alum, telling the cameras that Davidson "sleeps around and tries to steal men." It also looks like Kim Richards' sobriety may be in question as fights erupt all over the place.

We also got the inside scoop on the new season from Adrienne Maloof, who is also returning to the show for a few guest appearances.

Are you excited to see Season 5 of the "Real Housewives of Beverly Hills"? Tell toofab in the comment section below and check out what the "Housewives" looked like before the fame! 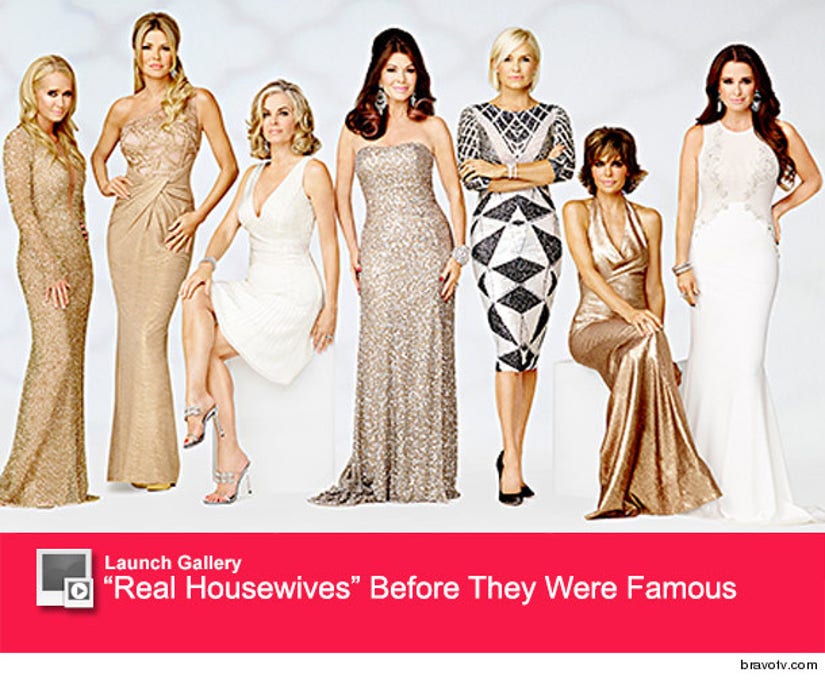