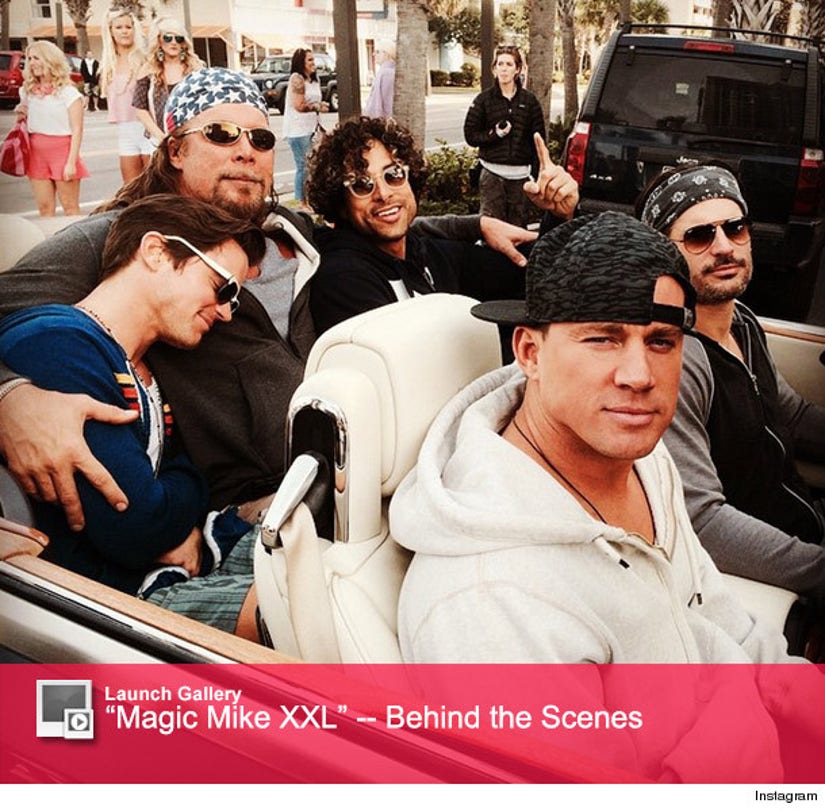 Channing Tatum, Joe Manganiello, Matt Bomer and Adam Rodriguez were all photographed on set in Myrtle Beach, South Carolina on Tuesday as they finished filming the highly-anticipated sequel.

The "CSI" actor took to Instagram to share a snapshot with his buddies, writing, "Sadly, this is the last day of the last ride. Gonna miss my road dogs and this crazy trip we've been on. Until the next time…"

"We came, we saw, we stripped our asses off! That's a wrap! @magicmikemovie #MagicMikeXXL See you in July! #BDR," Joe tweeted.

We can't wait to see the finished product!

Tatum and his boys will hit the big screen on July 1, 2015 in the followup to the 2012 exotic male dancer movie, which was inspired by Channing's real life beginnings as a stripper.

He previously told MTV that the follow-up will be a road trip film. "This one, we want to have a lot of conflict and a lot of struggle, but we also want there to be a sh** ton of fun. A sh** ton of ridiculous stuff that you would never see in a movie, on the face of the earth, ever again."

While most of the cast members will be returning, Cody Horn -- who played Tatum's love interest the first time around -- will be MIA. "I'm not in it," Horn recently told Vanity Fair.

There are rumors that Amber Heard will play Channing's love interest, despite Horn's claims that "there's no room for a girlfriend" in the sequel.

See more set photos from "Magic Mike XXL" in the gallery above! You're welcome.