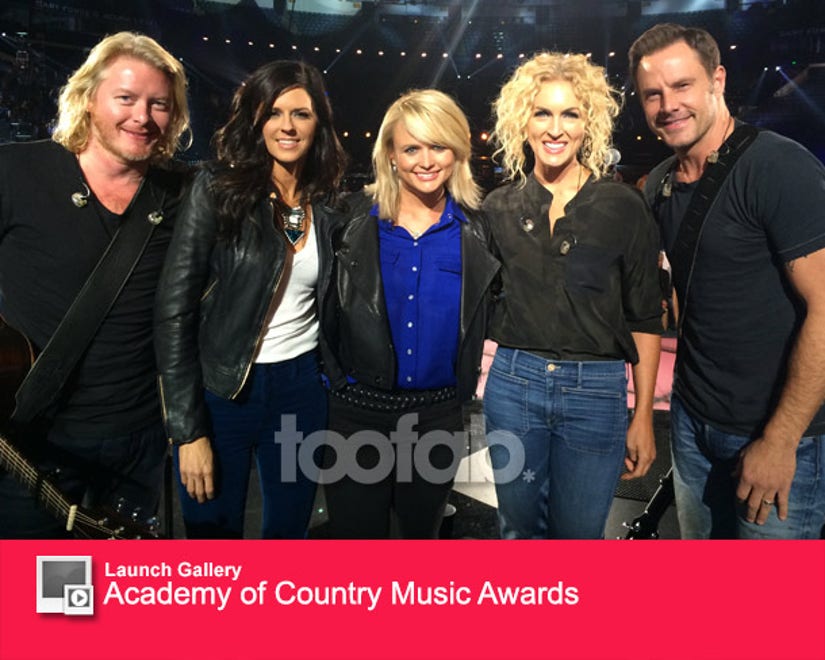 We know that Miranda Lambert is hitting the stage with Meghan Trainor tonight on the Country Music Awards, but toofab has the inside scoop on her other duet partners.

The "Little Red Wagon" singer also is performing with Little Big Town ﻿(who's also doing a song with Ariana Grande) on the star-studded show -- check out the exclusive photo from their rehearsal above!

"We're performing 'Smokin' and Drinkin'' from my album with Little Big Town," she told People. "They are my favorite band. I am a huge, huge fan of theirs. They're so awesome and hot and nice. They're pretty much perfect!"

Mrs. Blake Shelton also had high praise for the "All About That Bass" songstress.

"We've listened to 'All About That Bass' probably about a thousand times this summer on the tour, so I already know it, obviously," ﻿Lambert said in an interview Monday in Nashville, Tennessee, where the CMAs will be held Wednesday. 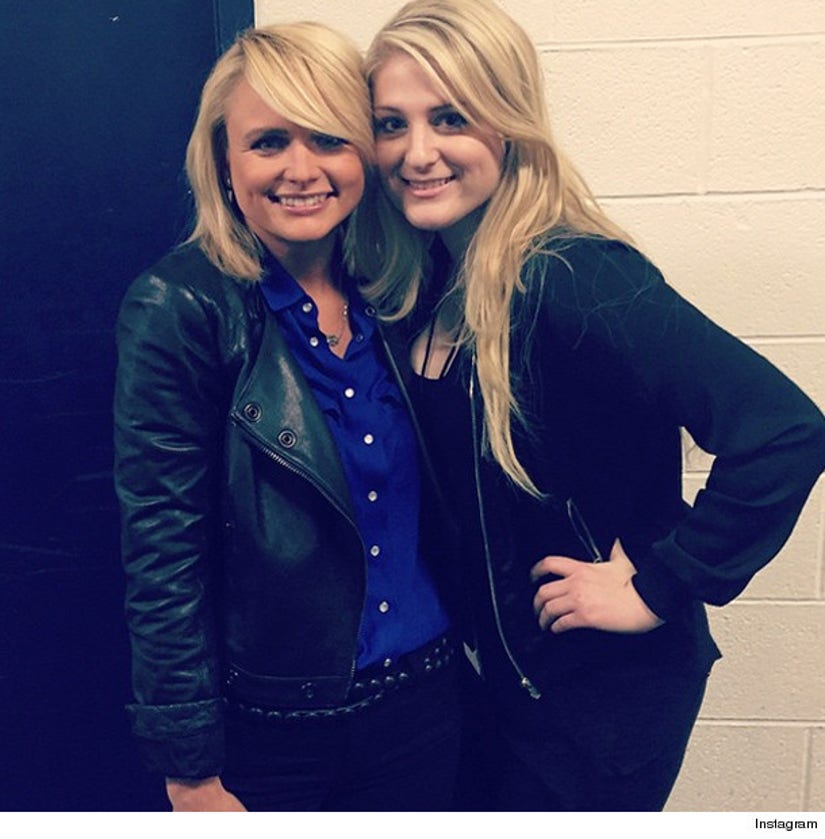 Lambert, who is the lead nominee at the CMAs with nine, said she and Trainor will make a "great match."

"I think we're probably going to feel like we've known each other for a while," she revealed. "Probably feel like we're kindred spirits."

The 2014 CMAs will air live on ABC from the Bridgestone Arena.

Are you excited to see these duets? Sound off below!