Miley Cyrus is no stranger to strange stage antics -- and this performance is no exception!

The Flaming Lips ﻿took the stage on "Conan" on Thursday night, where the "Wrecking Ball" singer popped out of lead singer Wayne Coyne's shiny bubble cape halfway through "A Day In The Life," one of the songs from the band's new Beatles cover album.

Dressed in a silver wig and a bodysuit covered in rhinestones, the 21-year-old pop star certainly added some punch to the bizarre performance. Watch the video above to see it for yourself!

Miley is featured on another song on the Lips' album, "With a Little Help from My Fwends." She joins Moby on a unique rendition of "Lucy in the Sky with Diamonds." 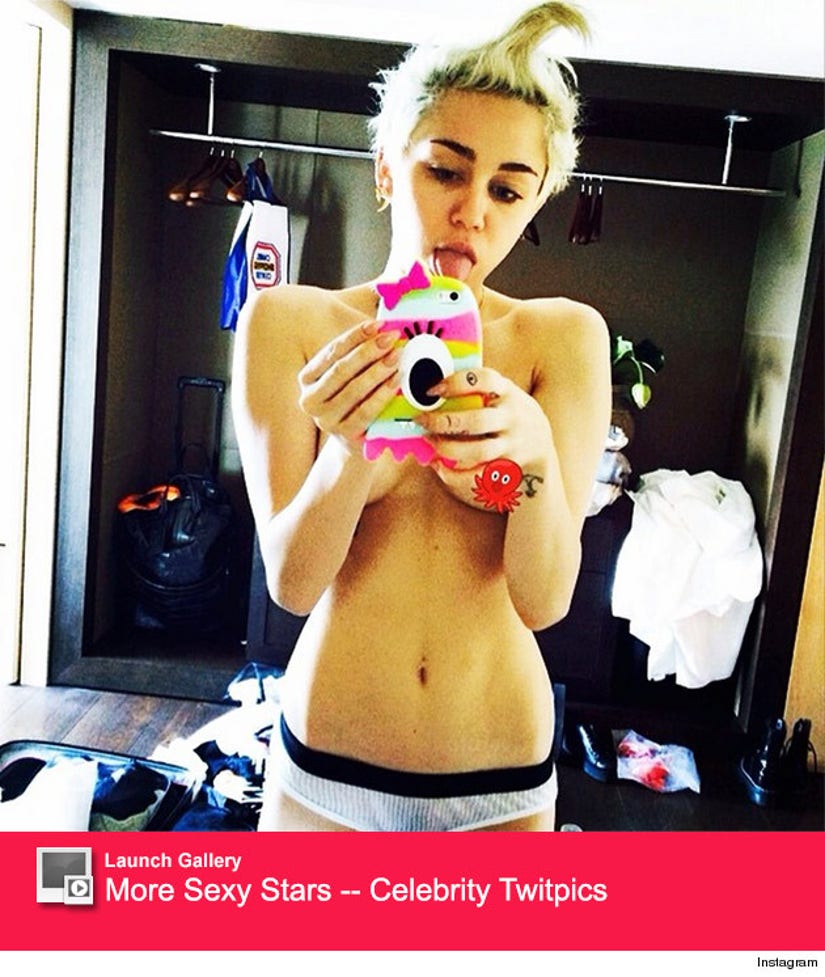 Back in July, Cyrus starred in a trippy, NSFW video with the Lips called, "Blonde SuperFreak Steals the Magic Brain."

"This is the video we originally intended to be for a song that has a reference to the drug LSD," Coyne told Rolling Stone. "We were lucky enough to get a couple of hours with a bedridden Miley Cyrus. And even though she was still quite ill, she was full of laughs and great absurd suggestions."

This is definitely an odd partnership, isn't it?