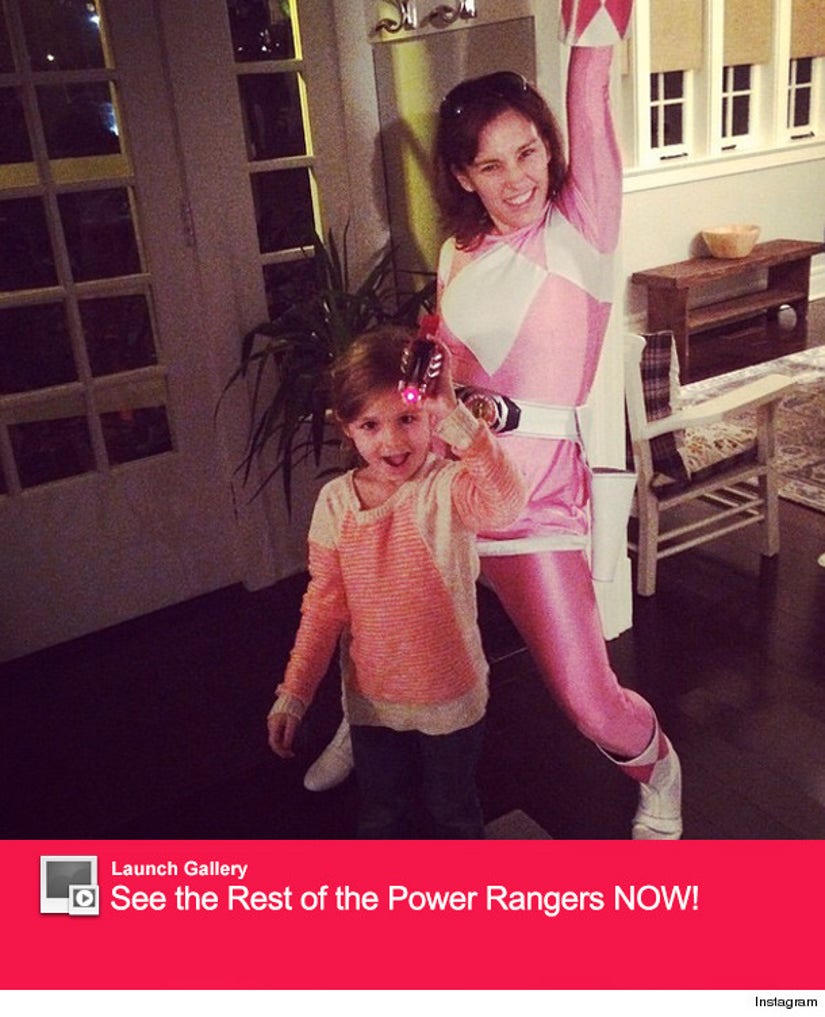 Amy Jo Johnson, the original Pink Ranger, slipped back into her infamous costume on Friday as part of a promise to her fans who helped raise money for a new film. That's her above with her adorable daughter Francesca.

The actress was trying to raise $75,000 on Indiegogo for the project "The Space Between" -- and was challenged by the original Blue Ranger, David Yost, to perform a song in public, in costume, if they met the goal before the November 15 deadline.

Well, it looks like the challenge really got people excited -- and on Friday, Johnson made good on her dare. Clad in pink, with a guitar in hand, the 44-year-old actress/singer rocked out on the streets of Toronto.

Pretty cool, right?! Check out the gallery above to see what more of the Rangers look like now.

The actor revealed whether he's kept in touch with any of his old crew and addressed whether he'd put on the suit again to cameo in Lionsgate's upcoming film reboot. Check out the full interview below!