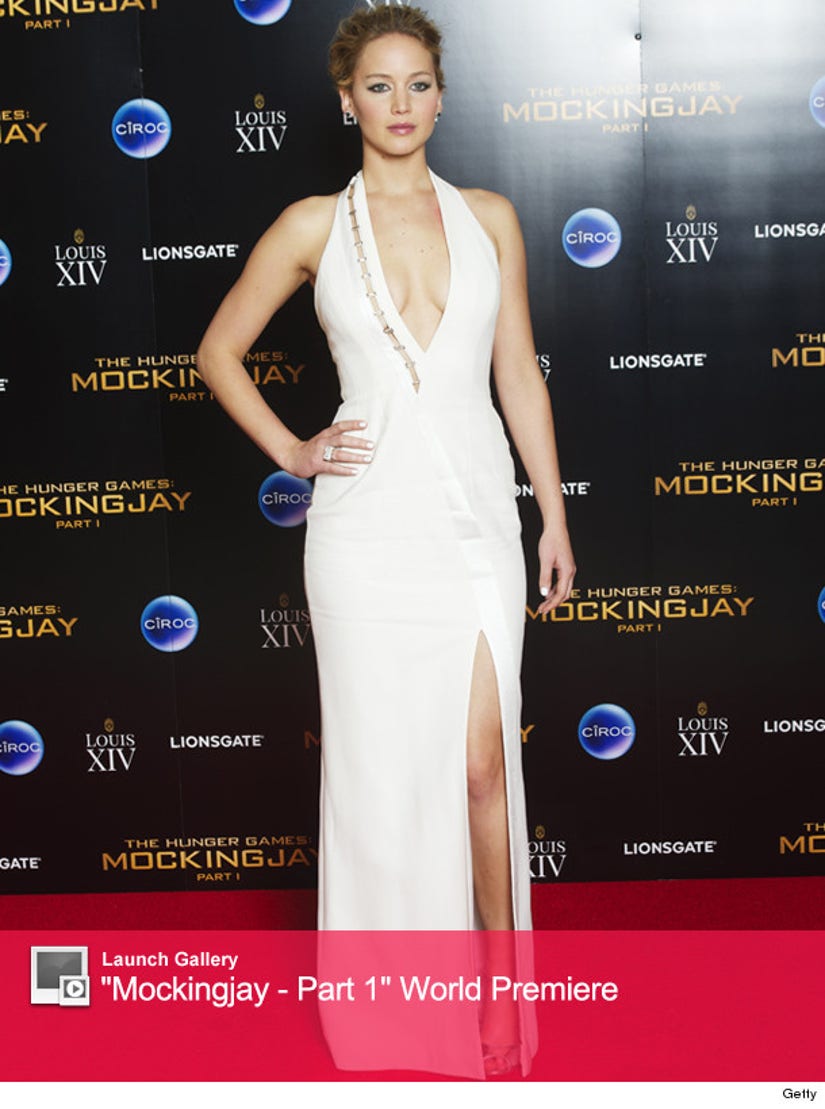 Jennifer Lawrence looked radiant on the red carpet at the London premiere of "Hunger Games: Mockingjay -- Part 1" on Monday -- and she turned up the heat at the after party!

The actress sizzled in a sexy white Mugler dress with a plunging V-neck with metal detail that flaunted major cleavage, an open back and a high slit to show off some leg. She completed her edgy ensemble with silver open-toe sandals and David Webb jewels.

The 24-year-old beauty continued her press tour with costars Liam Hemsworth and Josh Hutcherson on Tuesday, where she stopped by Nick Grimshaw's BBC 1 radio program to talk about her stance on social media.

"I will never get Twitter," she said. "I'm not very good on phone or technology. I cannot really keep up with emails so the idea of Twitter is so unthinkable to me."

"I don't really understand what it is. It's like this weird enigma that people talk about," she added. "It's fine, I respect that, but no, I'll never get a Twitter. If you ever see a Facebook, Instagram or Twitter that says it's me, it most certainly is not."

The morning show host commented on how serious J. Law got with that answer. "I had that one locked and loaded," she said. "I really like laser focused [on that answer]...it's because the internet has scorned me so much that I feel like it's that girl in high school that I'm like, 'Oh you want to talk about her? Yeah I'll do that!' Take my hoops off, I'm ready to go."

We love Jen for speaking her mind!

What do you think of her candid comments? Sound off below.