Conan O'Brien is one badass biker.

In the cold open for Tuesday's episode of "Conan," the late night host hit the road on a motorcycle to pay homage to the cast of "Sons of Anarchy."

Sporting a SAMCRO leather vest, long locks and some fake tattoos, O'Brien fit right in with the Redwood MC. But, things didn't end well -- he was thrown out a window, and he eventually resorted to riding on a children's bicycle.

Check out the hilarious clip above to see him in action! 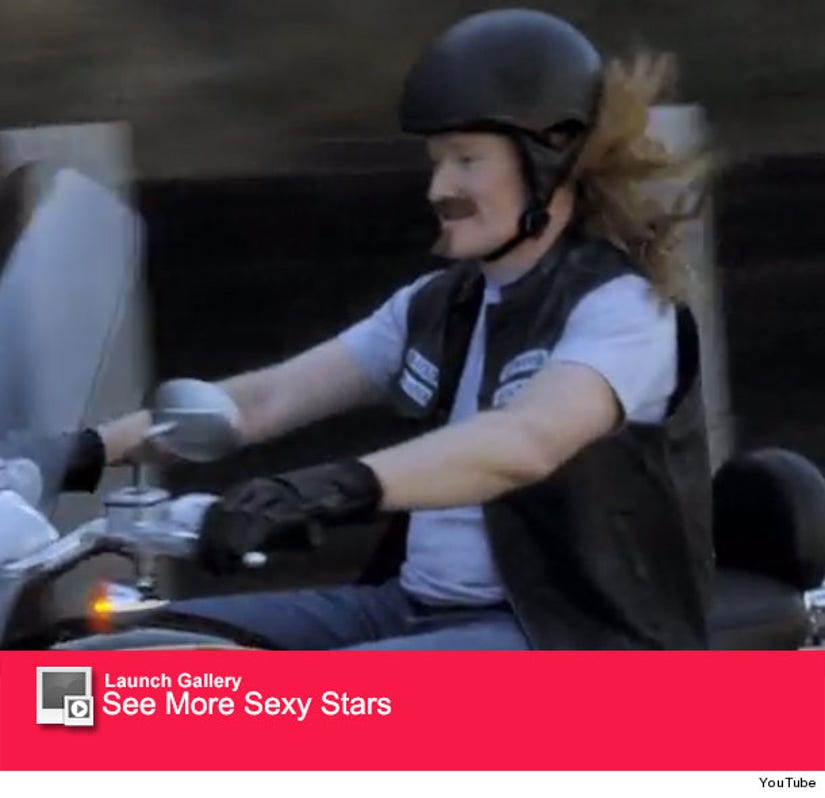 Later in the show, the "Sons of Anarchy" cast stopped by to talk about the series finale. Show creator Kurt Sutter discussed his fantasy ending, one that he designed to create "absolute havoc" among fans.

"The last scene of the last episode, Jax wakes up from a dream and he's on a Vespa, pulling in to a Starbucks," Sutter said. "But I'm still drinking black coffee," Charlie Hunnam added.

Hunnam also opened up about saying goodbye to his character, Jax Teller. "This has been by far and away the best creative experience of my life so far. It's hard to end," he revealed.

Not ready to say goodbye to Jax just yet? Watch the clip below to see Conan's tribute to Charlie's naked back!