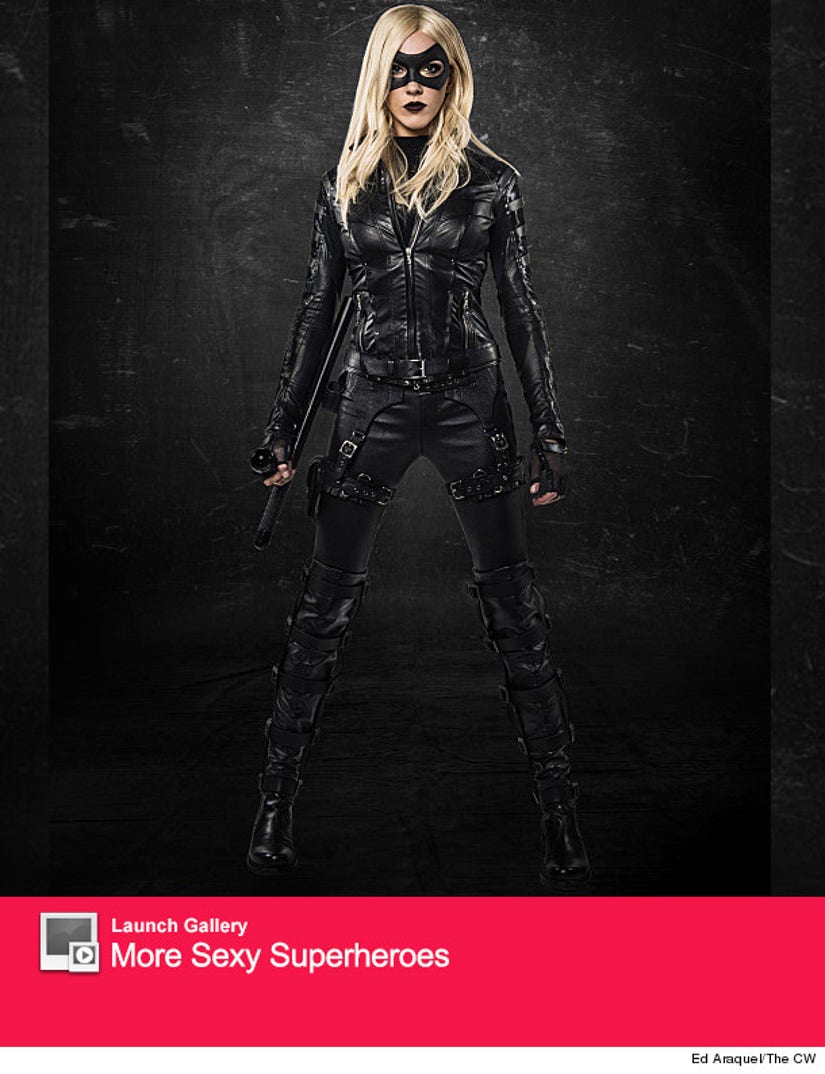 Introducing the all new Black Canary.

Ever since Katie Cassidy was cast as Laurel Lance in "Arrow," fans have been patiently waiting for her to step into her character's superhero shoes ... or, in this case, kickass leather boots!

While Sara Lance (Caity Lotz), Laurel's sister, first took up the mantle of Black Canary, her death at the beginning of season three left the position open.

The CW released the first photos of Cassidy in full costume this morning, after some set photos leaked online. It looks like we won't see Laurel in the getup until the 10th episode of the season, titled "Left Behind." 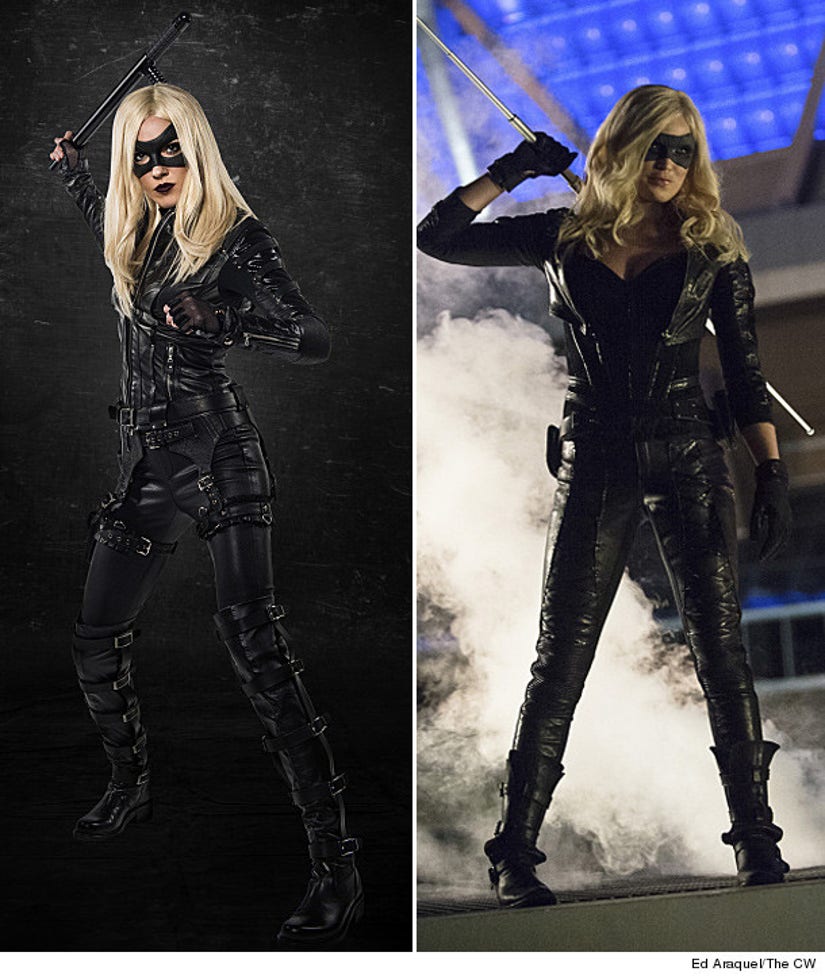 Sporting the same black jacket and mask, the costumes are similar ... but not exactly the same.

We gotta say, we like Katie's version a little bit better -- and, now that she's been training at a local gym, we can't wait to see her start fighting.

How do you think she looks in the suit? Sound off below!