Sofia Vergara seems happier than ever!

The "Modern Family" star stops by Wednesday's "The Ellen DeGeneres Show," where she dishes on her boyfriend Joe Manganiello, his movie "Magic Mike XXL" and plays a hilarious perfume game with the talk show host.

Check out the video above to see why Sofia thinks being "too handsome" is a problem and find out if she got in trouble for taking pics on the set of the "Magic Mike" sequel!

Vergara admits that she and Joe didn't exactly hit it off when they first met -- hard to believe, right?!

"Well I had just seen him far away at events and I thought he was very handsome, but I wasn't interested," she tells Ellen in the sneak peek. "Too handsome."

But the brunette beauty clearly changed her mind!

The fun didn't stop there -- DeGeneres also convinces the 42-year-old to play a game where she has to smell random shirtless men to see which one's rocking her perfume.

Check out the video above to see Sofia's hands-on smelling skills!

We're sure the actress didn't mind getting up close and personal with Ellen's volunteers -- what do you think about Vergara's hilarious appearance? Sound off below and check out the gallery to see behind-the-scenes photos from the set of "Magic Mike XXL." 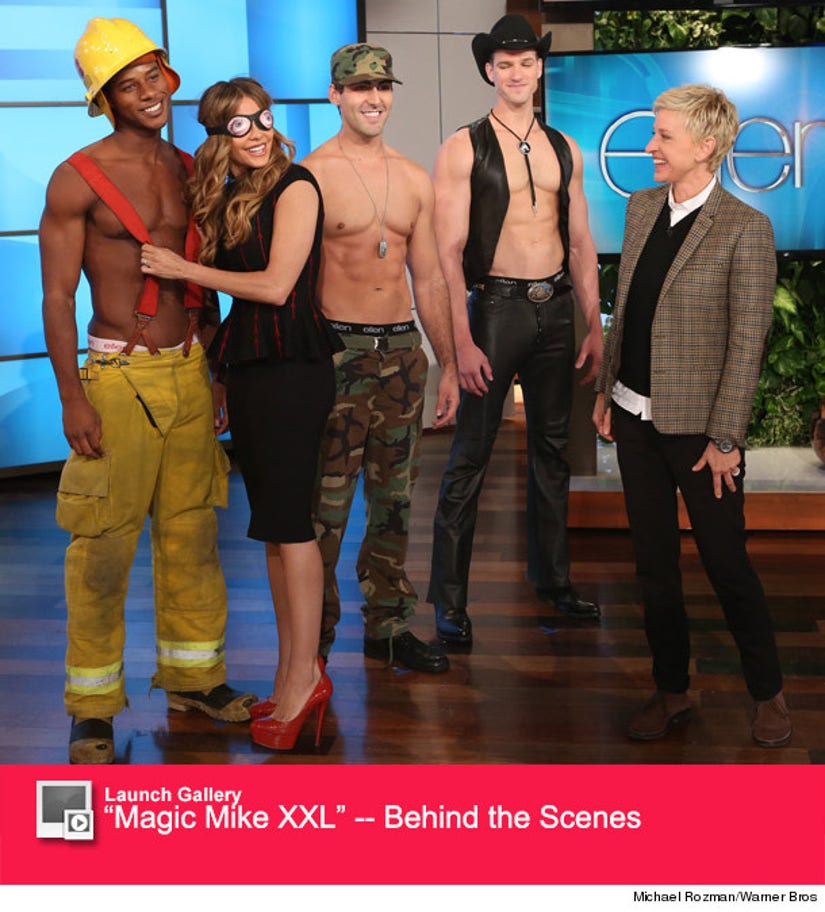