Jim Carrey is up to his old crazy antics!

The "Dumb and Dumber To" star cut a stranger's hair on "Jimmy Kimmel Live" Thursday, giving a haircut reminiscent of his character, Lloyd Christmas.

"Keep in mind Jimmy, while I'm doing this cut I'm going to have to resist the impulse to turn the scissors on myself," the actor replied.

Carrey combed the hair of his first volunteer forward, placed a metal bowl on top of his head, and then trimmed across. "That's nice. That's beautiful," he said, admiring his work. 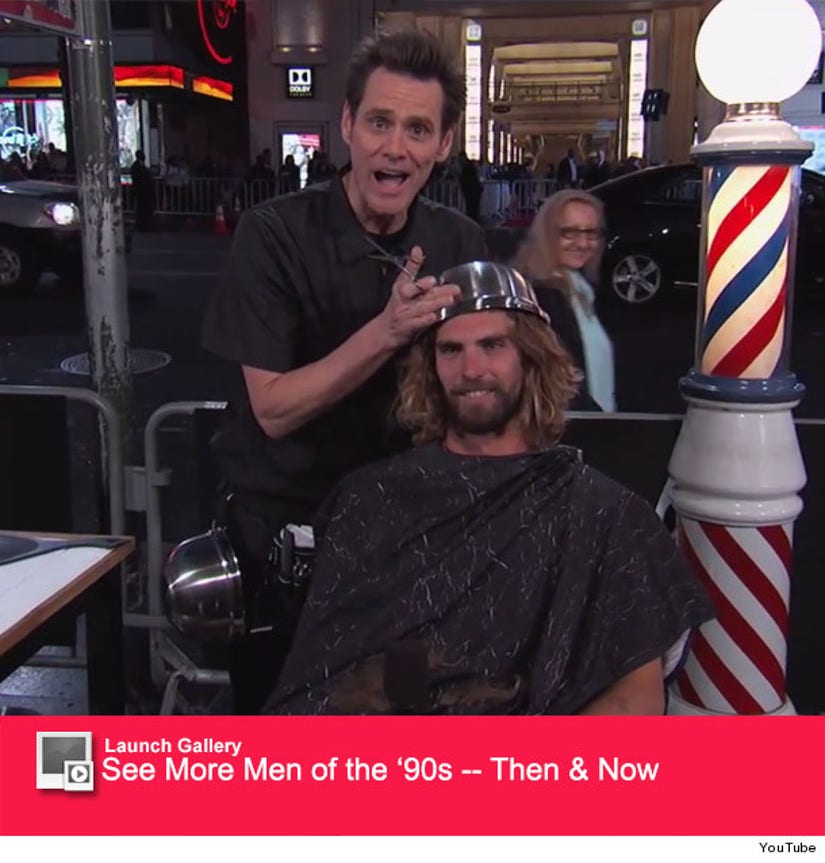 He took it even farther with his second participant, Deanna, who ended up with a buzzed 'do. Jim even tried to shave his signature into her hair -- check out the clip above to see him in action!

Later in the show, Carrey had a special surprise for Kimmel's 47th birthday -- an adorable white pony!

"Just put your little foot in the stirrup there," the funnyman told the late night host about mounting the animal. "And just swing your other leg, that's great!"

Kimmel managed to mount his new pet without issue, taking the pony for a short stroll before resuming the show.

Talk about a memorable birthday!