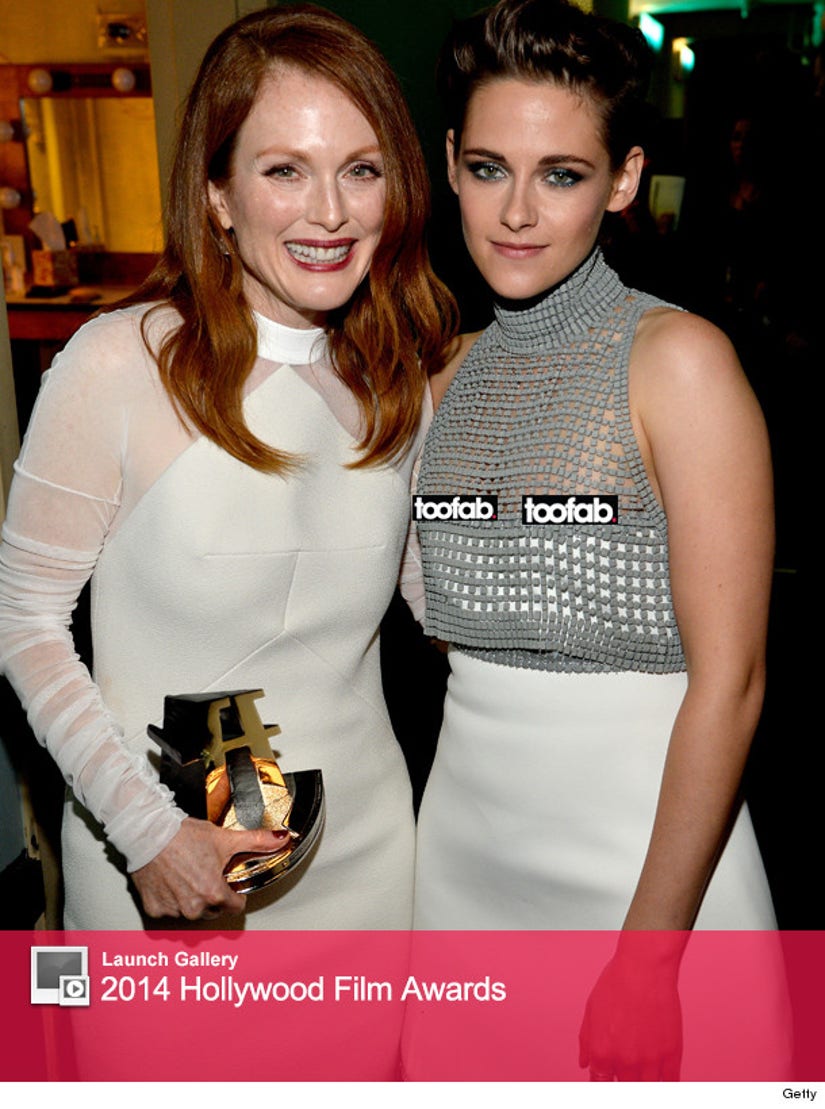 This is one way to get the crowd's attention!

But, her dress went a little too low when she hit the stage to present "Still Alice" costar Julianne Moore with her award -- and she suffered a double nip slip in front of the audience.

Even though she had a wardrobe malfunction, we still think she was one of the best dressed celebs at the award show.

Check out all the stars on the red carpet in the gallery above, including Jennifer Lopez, Reese Witherspoon, Shailene Woodley and more!

The "Twilight" beauty wasn't the only presenter to raise some eyebrows last night. Johnny Depp took the stage to introduce Shep Gordon, and his odd behavior made him seem drunk.

The actor wobbled up to the microphone and said how weird it looked, then made it very evident that he couldn't stand up straight. After confessing that he's no good at this sort of thing, he said, "Okay, I'm going to read this thing."

After slurring his words and struggling to read the teleprompter, he dropped the f-bomb and even giggled like a little school boy. Watch the clip above to see what happened next!

The Hollywood Film Awards kick off award season ... and we're definitely off to a fun start.