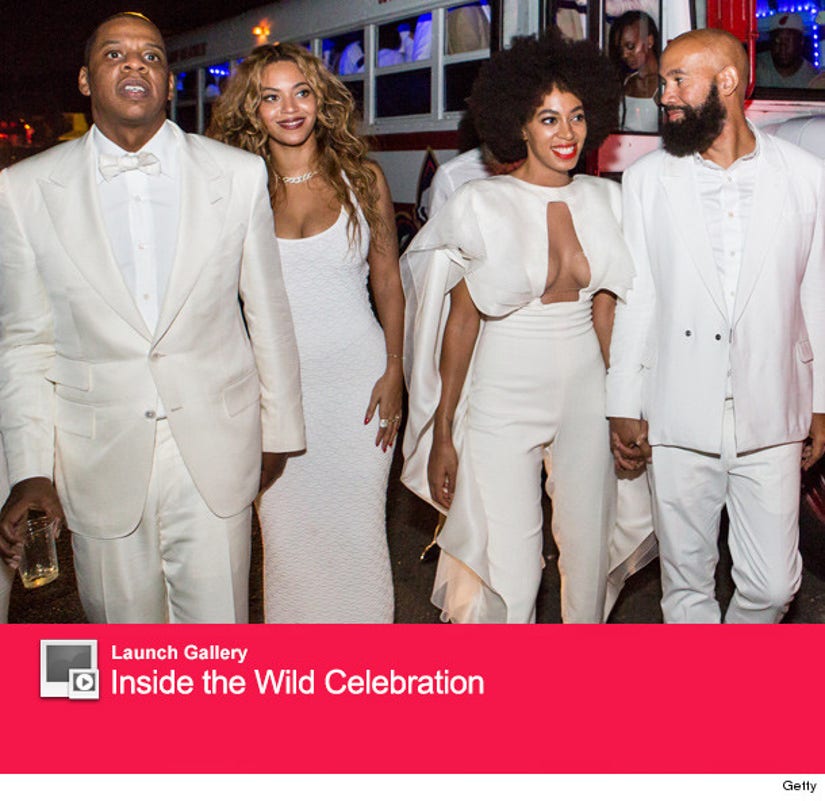 Leave it to Solange Knowles to wear something like this to her wedding.

The bride sported a cream, Stephane Rolland pantsuit with a deep V down the front and matching cape as she and Alan showed up to the Marigny Opera House on white bicycles. Ferguson also wore white.

Once inside, Solange changed into an ivory gown from Humberto Leon for Kenzo. That dress also came with its very own dramatic cape.

It looks like it was an all-white everything weekend for everyone invited, as Beyonce, Jay Z and Blue Ivy also sported ivory for Sunday's celebration and the rehearsal dinner on Saturday night.

Bey was sexy in a skin-tight dress, while mama Tina Knowles was killing it as well. This was one gorgeous affair.

After the ceremony and reception, all the guests took part in a second line celebration through the streets of New Orleans with sparklers, music and some wild dancing. Watch it all play out in the video below -- it looks like Solange and Beyonce were both having a blast!

What do you think of her wedding day getups? We kind of love it -- sound off below.