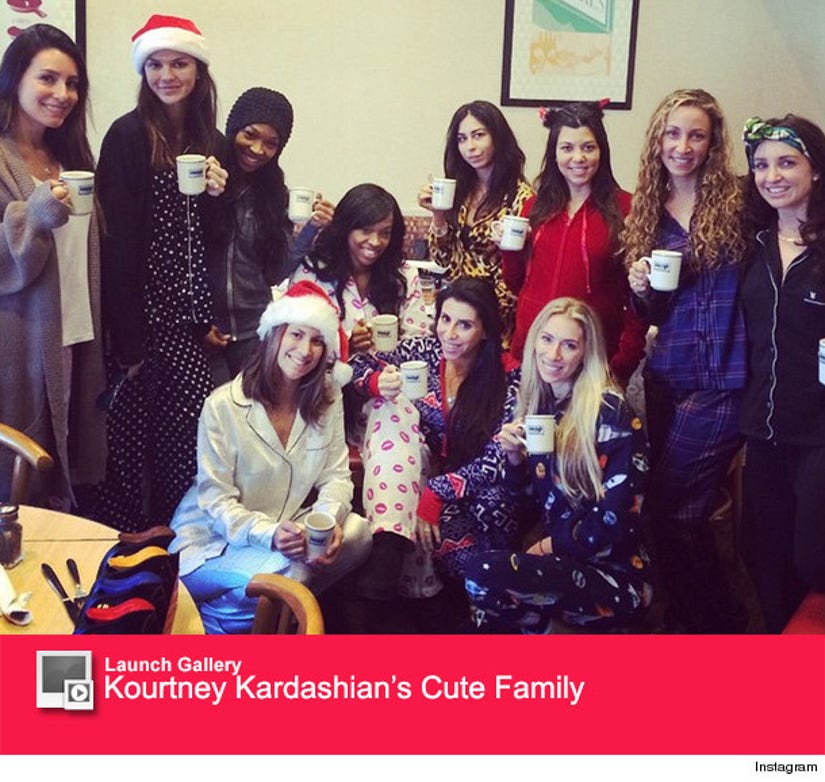 Just days after she attended a "Breakfast At Tiffany's"-themed shower with her famous siblings, Kourtney Kardashian celebrated her second baby shower on Sunday, heading to IHOP with her gal pals for a pajama party.

"I have the best friends in the world! Sunday morning 9am IHOP in our pajamas! #fancyBabyShower," the expecting star wrote while posing for a group shot.

Wearing red PJs, a matching headband and a "Happy Baby Shower Kourtney" pin, the mother-of-two sported a huge grin as she sipped hot chocolate in front of a giant cake. 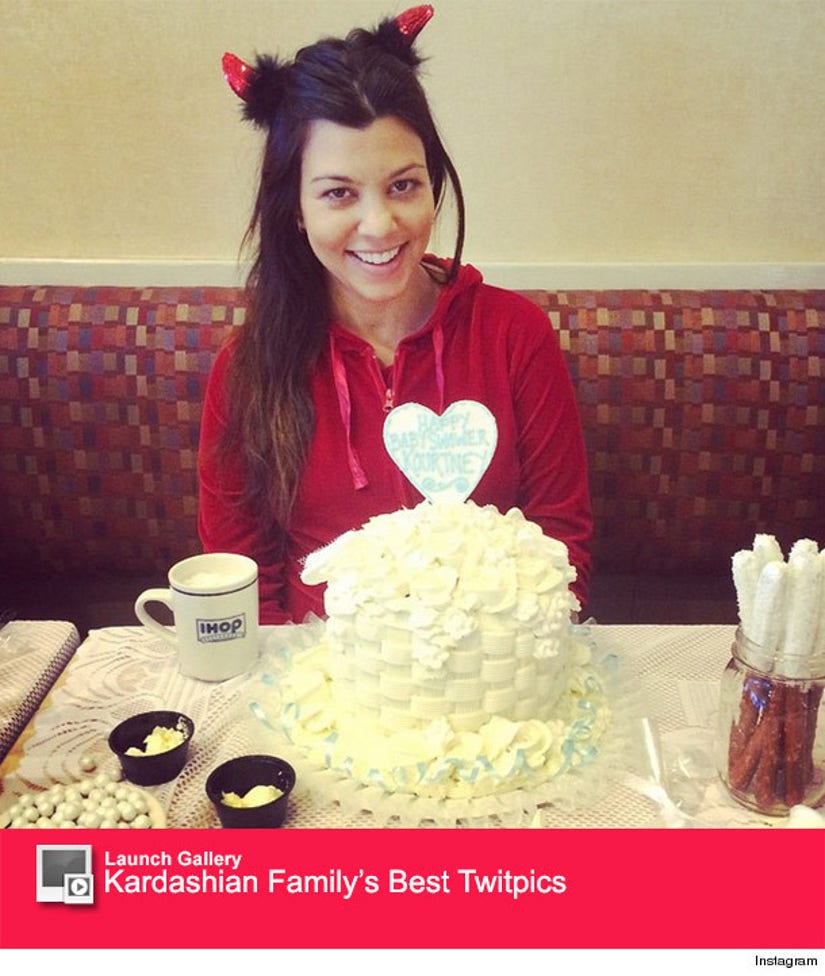 The weekend was full of celebrations for the Kardashian/Jenner clan!

The eldest Kardashian sister held a "Nightmare Before Christmas"-themed party for her son Mason's fifth birthday on Saturday night -- and Khloe Kardashian went all out! 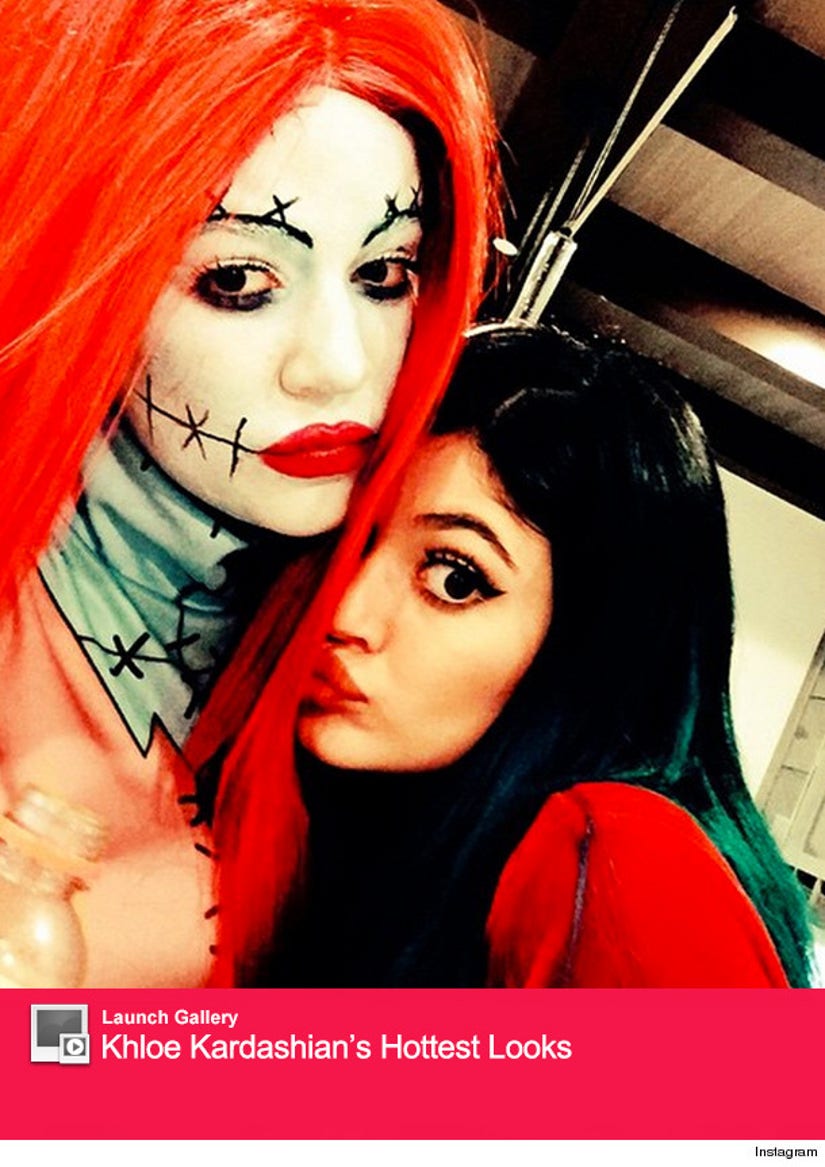 The reality TV show star attended in costume as Sally, the ragdoll who falls for Jack Skellington, from the flick. Sporting a red wig, white facepaint and stitches all over her eyes, lips and forehead, Khloe looked picture-perfect. 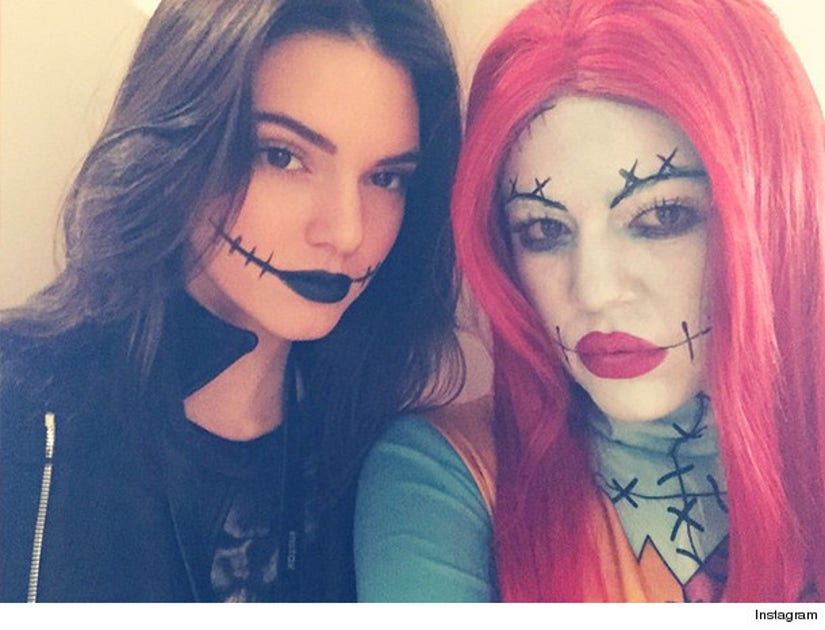 Even though sister Kendall Jenner also sported a painted face, only Khloe went all out -- and she says it was Kourt who tricked her!

"Kourtney pulled a 'mean girl' move on me and had me dress like Sally from The Nightmare Before Christmas while everyone else was mad chill," she captioned the pic above. "lol thanks @kourtneykardash #MasonsBirthdayBash."

The Kardashians are known for their over-the-top parties.

Back in June, Kim Kardashian held a Coachella-themed soiree for North West's first birthday, complete with a ferris wheel and stage for karaoke.

The party went off without a hitch, but there was some serious drama behind the scenes leading up to it. Kourtney, who was in the Hamptons for the summer at the time, was pissed when Kim planned the bash at her home without her permission.

Watch what happened when Kourt confronted her below: