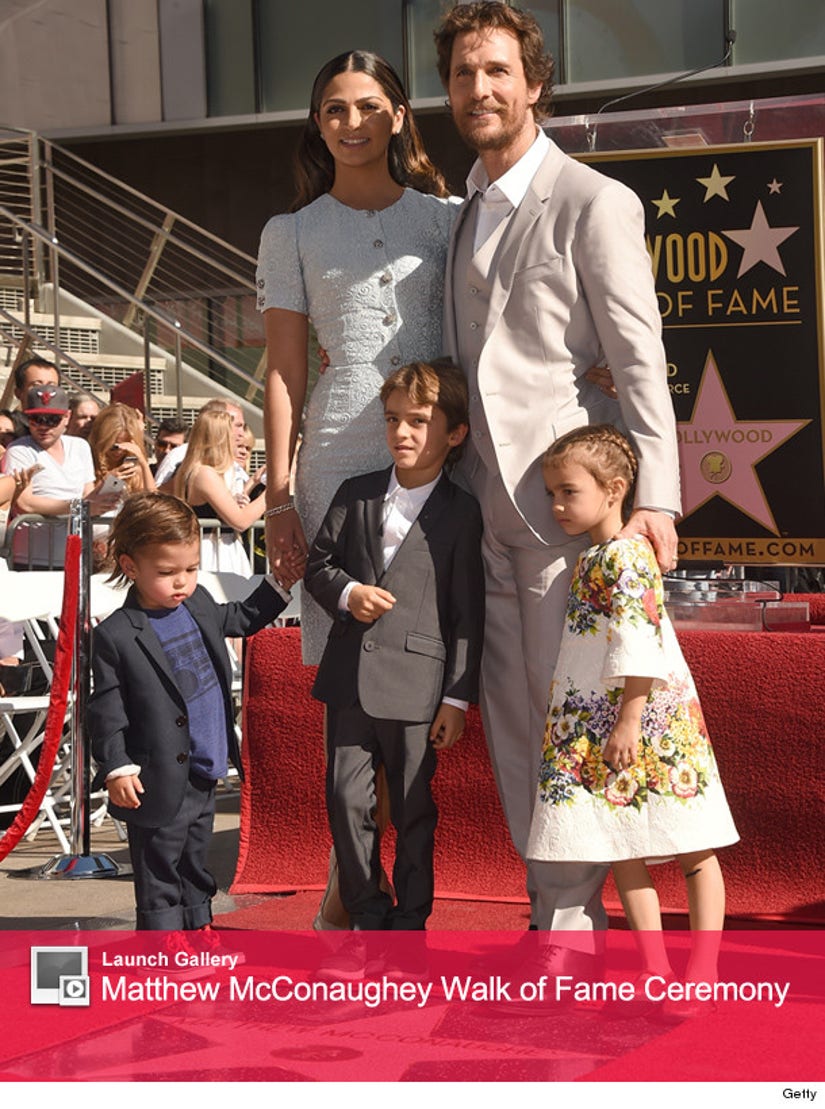 Matthew McConaughey was honored with a star on the Hollywood Walk of Fame on Monday, and he celebrated the milestone with wife Camilla Alves and their kids -- Levi, 6, Vida, 4, and Livingston, 2.

The entire family was decked out in Dolce & Gabbana for the event, with the actor sporting a cream suit and his mini-me sons looking adorable in black blazers with matching black pants. Meanwhile, the mother-of-three wowed in a white embroidered dress as her daughter posed for pictures in a cute floral frock. 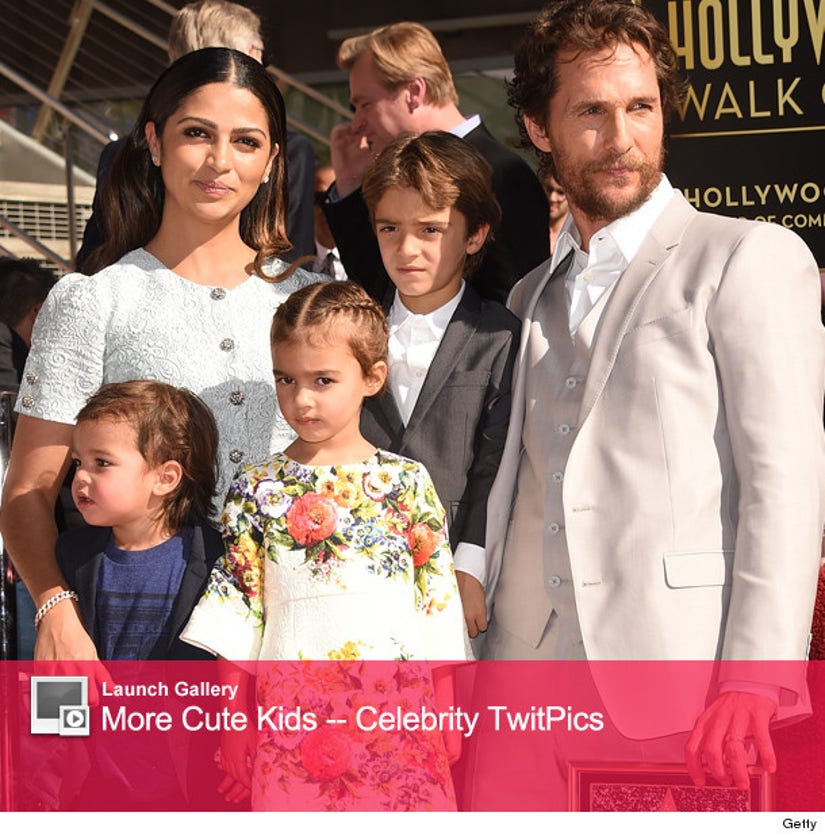 Can you believe how big the kids are now?!

The "Interstellar" star won the best actor Oscar for his portrayal of AIDS patient Ron Woodroof in "Dallas Buyers Club" last year. He also nabbed an Emmy nom for his work in HBO's "True Detective."

McConaughey has certainly come a long way since his first job at the Oak Forest Country Club in Texas, where he manned the sand traps in the early morning and killed armadillos at night.

"The first group tees off at 6:45 in the morning, and I had to have those traps raked by 7:30," he told GQ. "Work started around 3 a.m., and I would out there with a head lamp on. If I was late for any reason, you really had to boogie because there was a group coming."

Even though Matthew has officially cemented his place in Hollywood, he will always be proud of his Texas roots!