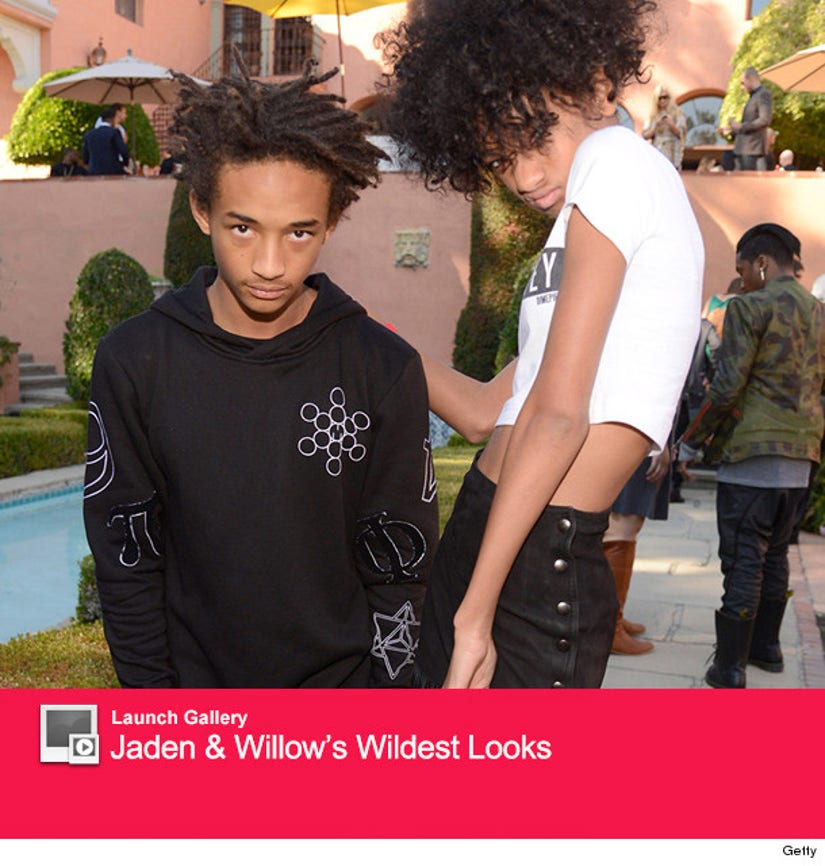 Willow and Jaden Smith have a lot of feelings about a lot of things ... and they're sharing them in one of the most bizarre interviews we've ever read.

Will Smith and Jada Pinkett Smith's two children just did a joint interview with T Magazine, where they rambled on about the relativity of time, prana energy, writing novels and the biggest problem with driver's ed today.

Yeah, we only understand about half of what's actually being said ... but here are just three of the craziest takeaways from the article. Read the entire thing here, it's worth it.

1.) The Best Novels Are Written By Willow

When asked what books they read, Willow replied "Quantum physics. Osho," while Jaden said he enjoys perusing "'The Ancient Secret of the Flower of Life' and ancient texts; things that can't be pre-dated."

Later in the interview, Jaden says the two are aiming to make "cool" music, because nothing out there already is cool. That's when it gets interesting.

"That's what I do with novels," interjects Willow. "There're no novels that I like to read so I write my own novels, and then I read them again, and it's the best thing."

Jaden says she's been writing her own novels since age 6. What were you doing in first grade?

2) Time Isn't Real for the Smiths

"I mean, time for me, I can make it go slow or fast, however I please, and that's how I know it doesn't exist," says Willow.

"It's proven that how time moves for you depends on where you are in the universe," adds Jaden. "It's relative to beings and other places. But on the level of being here on earth, if you are aware in a moment, one second can last a year. And if you are unaware, your whole childhood, your whole life can pass by in six seconds. But it's also such a thing that you can get lost in."

3) Normal Schools Are for "Teenagery" Teenagers

"Here's the deal: School is not authentic because it ends. It's not true, it's not real," Jaden says about public schools. "Our learning will never end. The school that we go to every single morning, we will continue to go to. Kids who go to normal school are so teenagery, so angsty."

"They never want to do anything, they're so tired," adds Willow.

"Think about how many car accidents happen every day. Driver's ed? What's up? I still haven't been to driver's ed because if everybody I know has been in an accident, I can't see how driver's ed is really helping them out," continues Jaden.

He goes on to say that his goal is to be "the most craziest person of all time" ... we'll just leave it at that.