We can't get enough of Noah Ritter ... and neither can Sofia Vergara!

With the help of Ellen DeGeneres, "The Apparently Kid" interviews the "Modern Family" star -- and these two have one hilarious conversation.

When the actress asks the pint-sized host whether he has a girlfriend, he gets shy and tries to change the subject. He does his best to dodge her question, but Sofia doesn't let him off the hook too easily, and he eventually explains his relationship status. 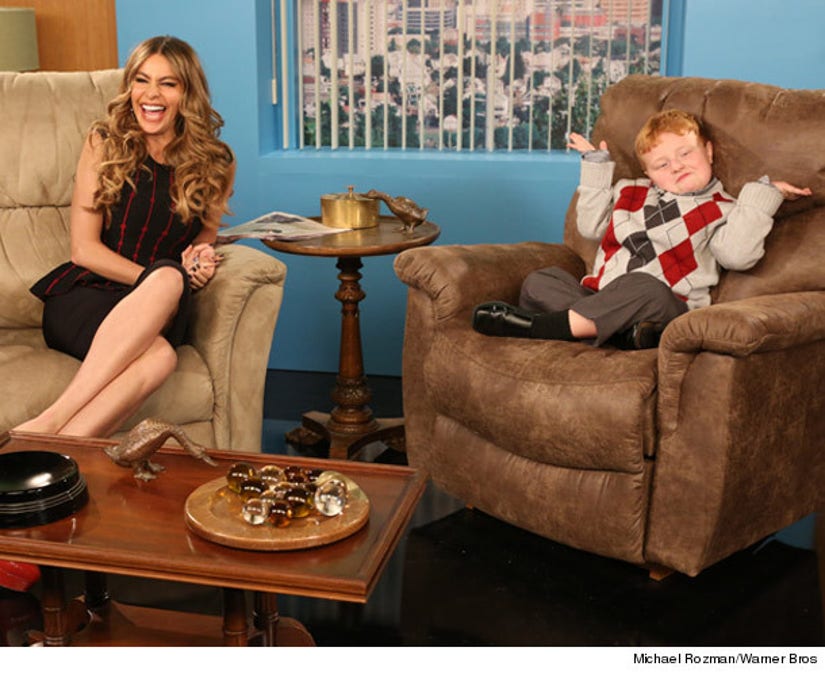 "No, I don't have a girlfriend. No, I'll never get a girlfriend," Noah says, rolling his eyes. When the brunette bombshell asks him why again, he talks about having a duck on his head.

The best part? Sofia leans in for a kiss and Noah screams and runs off the set!

Watch the pair's funny interaction at the top, and check out the clip below to hear Noah's impression of Sofia's accent.