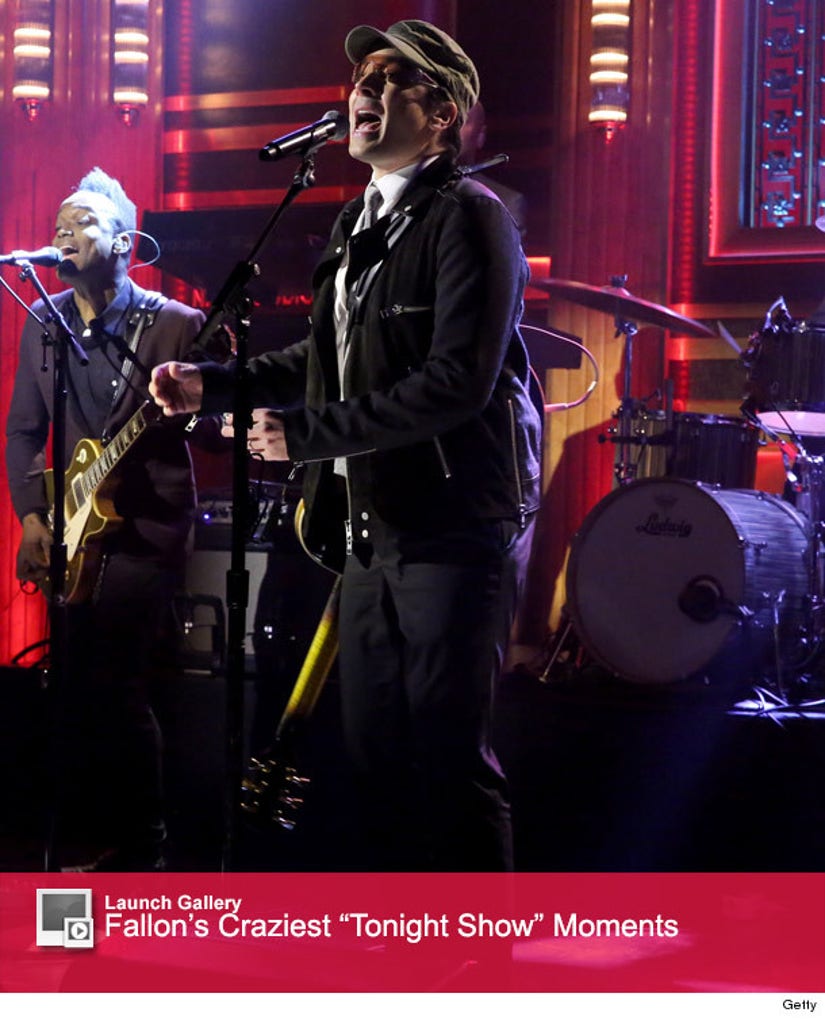 The late night host and The Roots took over for U2, who was forced to cancel their "Tonight Show" appearance after Bono hurt his arm in a cycling accident.

"The show must go on. This has never happened before," he told the audience. "I was thinking, 'Who do we get to come on the show.' Then I realized, we have the best band in the world, The Roots are here every single night."

"Let's have some fun!," he yelled before taking the stage.

In true Fallon form, he slayed his performance of "Desire" from 1988's "Rattle and Hum" album, complete with an impressive harmonica solo from the comedian.

Check out the clip to see how Fallon stacks up to the music icon.

What do you think of his performance? Sound off below!