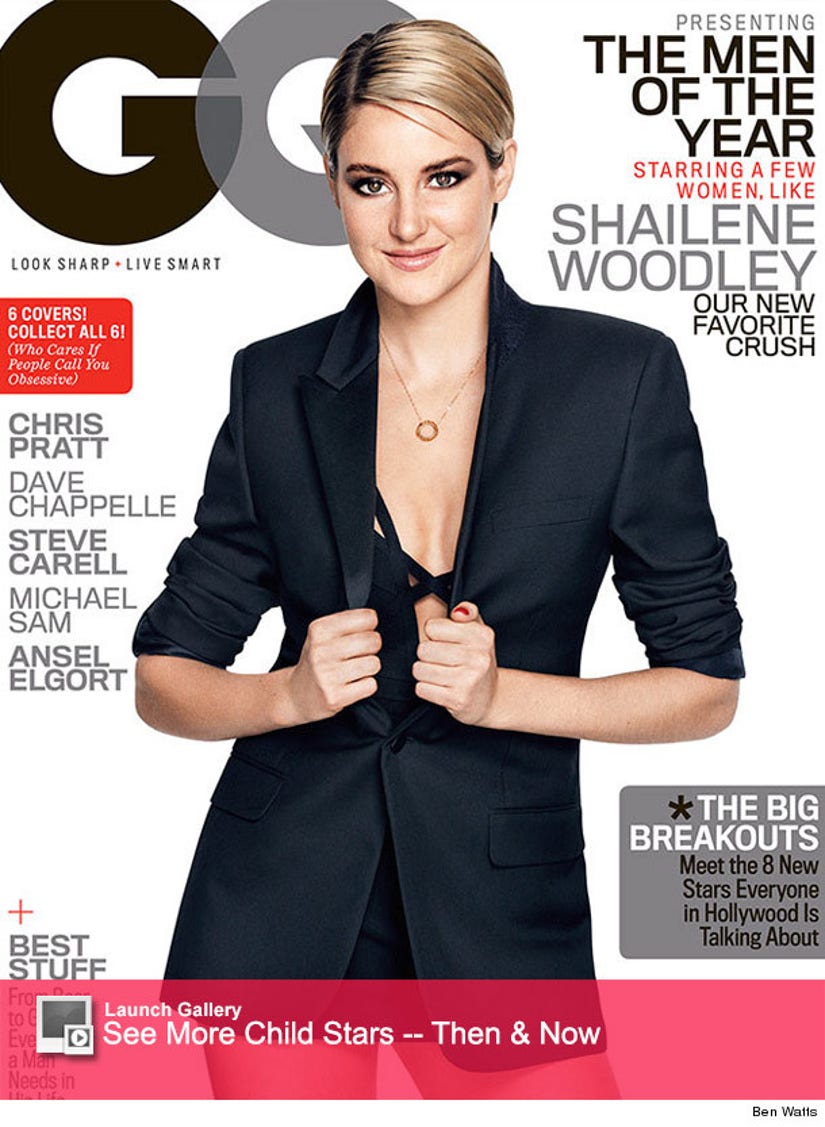 The "Divergent" star appears on the cover of GQ's latest issue, celebrating the mag's "Men of the Year," where she opens up about losing her on-screen innocence.

So how many times has Woodley lost her virginity on-screen? "Three, four. Four. No, wait. Five!," she confesses.

Two of those times have been with Hollywood's sexiest up-and-coming men, Ansel Elgort and Miles Teller.

So which on-screen sex scene did she enjoy most? "Um," she says, "both different."

"That's actually a hilarious question, because on Divergent, Ansel used to wear this really awful-smelling deodorant. I joked, 'If you book Fault in Our Stars, just don't wear deodorant.' He goes, 'Yeah, okay. Fine.' Then he booked it! So I wear this deodorant that I make myself, and I gave him some of that. But he just chose not to wear it—he just wore nothing the whole time. So I guess Ansel smells more pheromone-y and Miles smells more—is delicious an appropriate word to say for a man?,'" she confesses.

We'd love to know what Miles' "delicious" scent smells like!

The 23-year-old is known for her quirky ways, and she's not changing for anyone. "I'm the hippie who hugs everyone when they meet me!," she reveals.

"Oh yeah, of course. I would never give anyone else the power to change my personal virtues," she adds, when asked about brushing her teeth with clay.

We can't wait to see what the "The Fault in Our Stars" actress does next -- what do you think about Shailene's candid comments? Sound off below and click "Launch Gallery" above to see even more child stars then and now!