Jason Sudeikis is one proud papa!

The "Horrible Bosses 2" shows off his 7-month-old son Otis on Thursday's episode of "The Ellen DeGeneres Show" -- and he's adorable.

The talk show host gushes over the sweet snapshots of the little one, and the actor credits fiance Olivia Wilde for his son's good looks: "That's his mom's doing -- the majority of it."

"Little subway baby! We don't care what diseases he gets," he jokes, referring to a pic taken during a New York City subway ride. 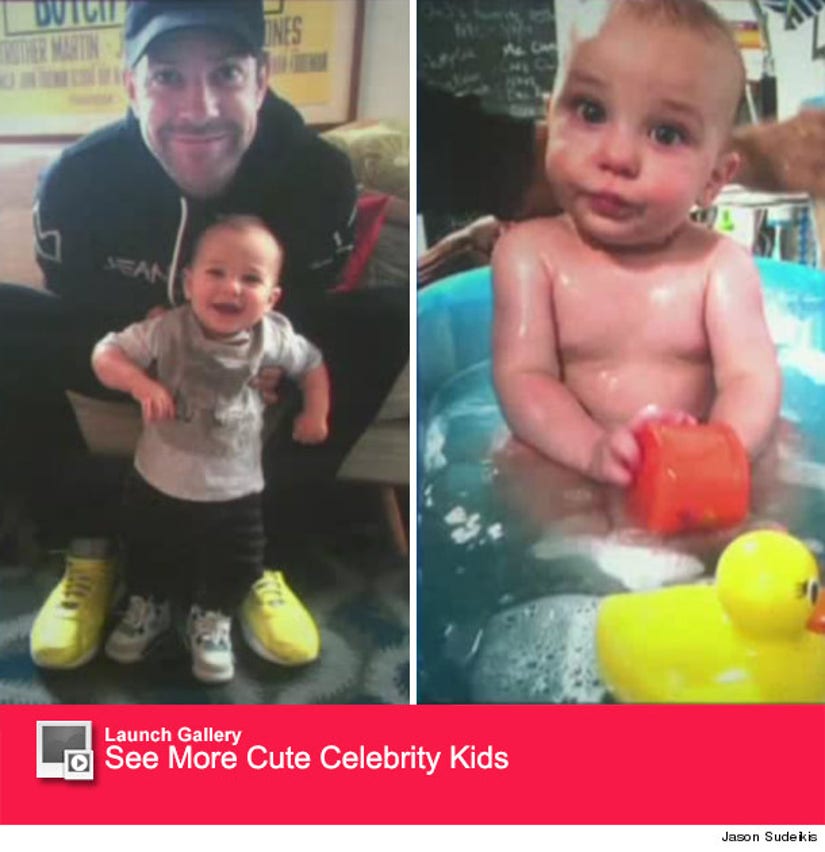 The new dad can't say enough sweet things about the actress, who also gets credit for picking the name Otis. "That's his mom too," he explains. "She's been a fan of Otis Redding since she was a little girl. So she's been cool forever, obviously. Yeah, and I was like that sounds great."

DeGeneres also mentions that Jason and Olivia have been engaged since January 2013, asking the actor if the scantily-clad picture of Ellen hanging over the bed is causing a delay. 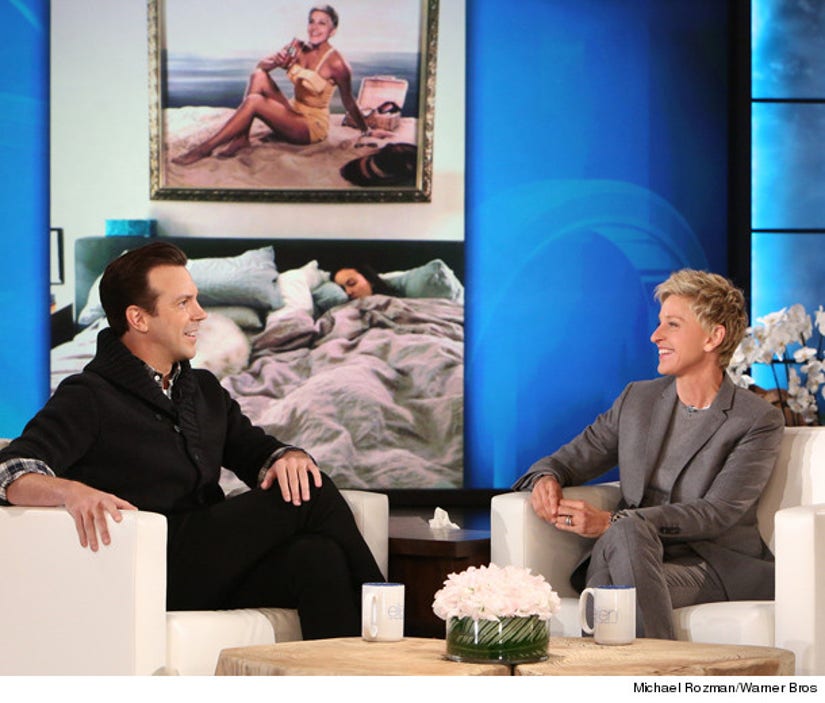 Watch the clip above to find out what's going on with that ... and to see more precious pics of baby Otis!