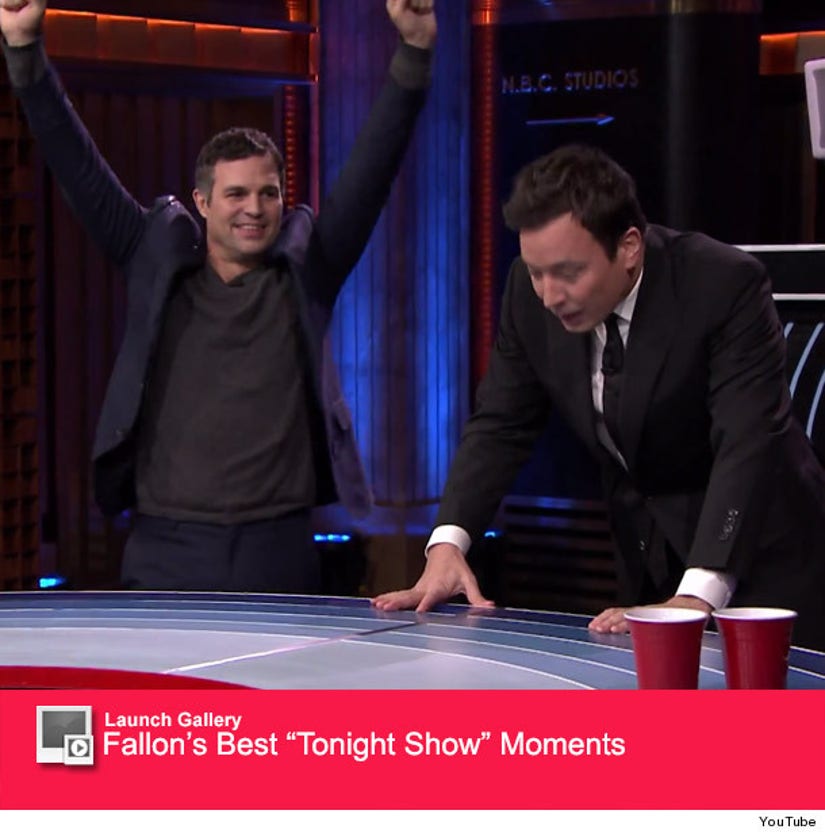 Musical chairs ... with a beer-drinking twist!

Mark Ruffalo and Stephen Merchant stopped by "The Tonight Show" on Thursday, where they battled host Jimmy Fallon and The Roots' Tariq in a messy game of "Musical Beers."

"The game works like musical chairs, but instead of diving into empty chairs, we're grabbing these red cups of beer," Fallon explained to the players.

"While the music's playing, we'll walk in a circle around the table; when the music stops, everyone has to grab a cup," he continued. "After each round, there will be one person left empty-handed."

The contestants started to circle the table, and when the music stopped, there was a mad dash for the cups of beer -- and it got messy!

Check out the video above to see who was accused of having a "drinking problem" due to his competitiveness!